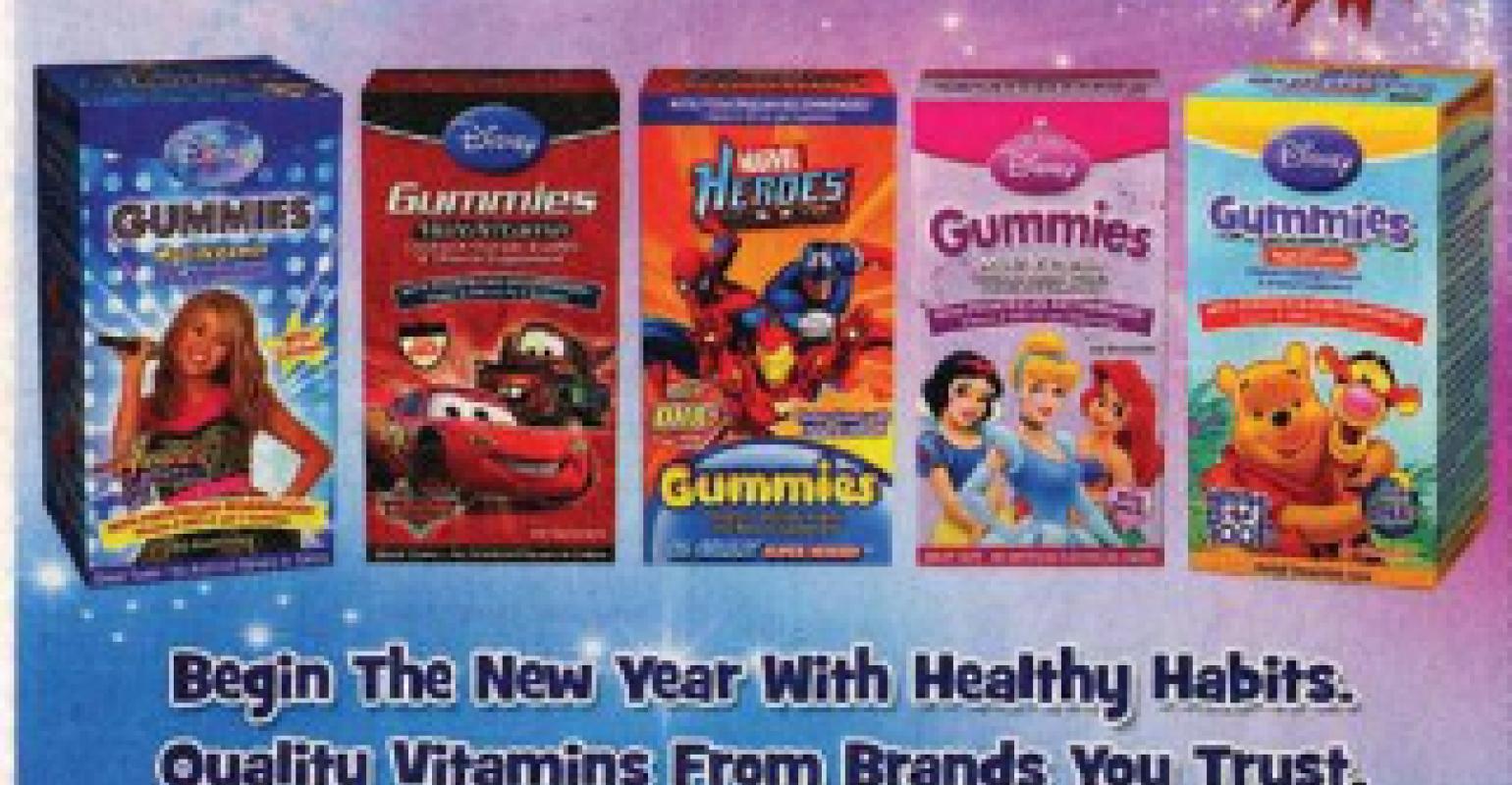 The settlement prohibits NBTY Inc. and two subsidiaries, NatureSmart LLC and Rexall Sundown Inc., from misrepresenting the amount of DHA in its line of Disney- and Marvel Heroes-licensed children&#039;s multivitamins and from making unsupported health cla 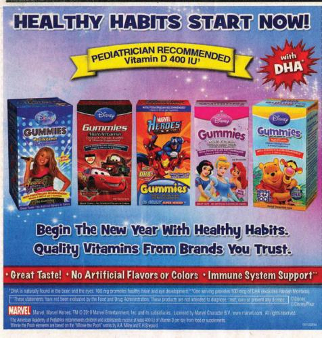 As part of its ongoing efforts to stop bogus health claims, the Federal Trade Commission has reached a settlement requiring major marketers of children's vitamins to stop making false and unproven claims that their supplements promote healthy brain and eye development in children. The companies have agreed to pay $2.1 million to provide refunds to consumers who purchased certain multivitamins in their Disney and Marvel Heroes line.

The FTC charged NBTY, Inc. and two subsidiaries, NatureSmart LLC and Rexall Sundown, Inc., with making deceptive claims about the amount of DHA-an Omega-3 fatty acid-used in its line of Disney- and Marvel Heroes-licensed children's multivitamin gummies and tablets. The companies also made unsupported claims that a daily serving of the products promotes healthy brain and eye development in children, according to the FTC administrative complaint.

Sold by major retailers such as CVS Pharmacy, Wal-Mart, Target, Walgreens, Kroger, Kmart, Meijer and Rite Aid, as well as online, the multivitamins featured characters such as the Disney Princesses, Winnie the Pooh, Finding Nemo, and Spider-Man. Product packaging and print ads promoting the vitamins had bold graphics highlighting that the products contained DHA, but in reality, the products allegedly had only a trace amount of DHA. While the vitamins' packaging touted the purported health benefits of 100 milligrams of DHA, a daily serving of the Disney and Marvel multivitamins for children ages four years and older contained only one thousandth of that amount (0.1 mg or 100 mcg), according to the FTC's complaint.

The FTC alleged that the packaging and ads for the Disney and Marvel multivitamins misrepresented that they contained a significant amount of DHA, and that NBTY, NatureSmart, and Rexall Sundown made unsubstantiated claims that the amount of DHA provided by the multivitamins promotes healthy brain and eye development in children.

The settlement:
• Bars NBTY, NatureSmart and Rexall Sundown from misrepresenting the amount of any ingredient contained in any product.
• Bars them from misrepresenting that any ingredient, including DHA, promotes brain or eye health or provides any other health benefit, unless the claim is true and backed by competent and reliable scientific evidence.
• Specifies that any violations could subject the NBTY, NatureSmart and Rexall Sundown to civil penalties.

A refund program to distribute the $2.1 million to purchasers of the Disney and Marvel multivitamins will be administered by the FTC. The agency will reach out to affected consumers in the coming months.

(Note: The Commission issues an administrative complaint when it has reason to believe that the law has been or is being violated, and it appears to the Commission that a proceeding is in the public interest. The complaint is not a finding or ruling that the respondents have actually violated the law. A consent order is for settlement purposes only and does not constitute an admission by the respondents of a law violation. When the Commission issues a consent order on a final basis, it carries the force of law with respect to future actions. Each violation of such an order may result in a civil penalty of up to $16,000.)