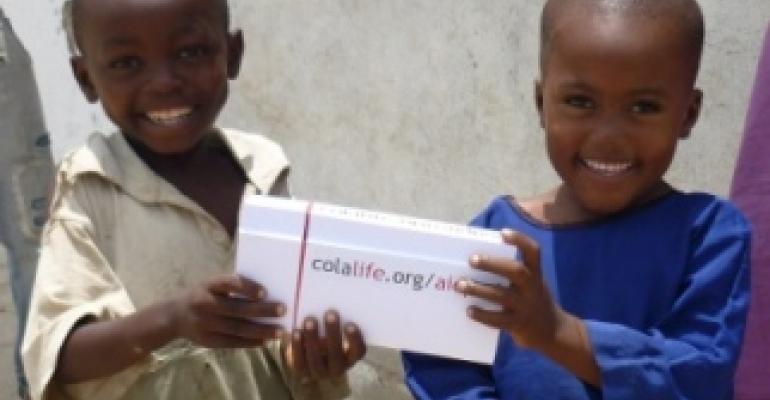 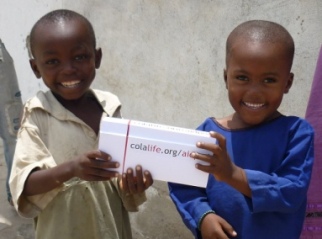 ColaLife is an independent charity, working to open the unparalleled local distribution networks that already exist for products like Coca-Cola, to get vital simple medicines to hard-to-reach areas in developing countries. Simon Berry, whilst working as a technical cooperation officer for the British aid programme in Africa recognised three fundamental facts that consequently are the essence of the charity:
1. You can buy a Coca-Cola almost anywhere in the world, even in the most remote parts of developing countries.
2. In these same places 1 in 7 children die before their fifth birthday from preventable causes. Most die as a result of dehydration from diarrhoea.
3. The child mortality figures have not changed significantly for at least 3 decades indicating that current initiatives are not working.

The concept, though born in 1988, never fully floated until May 2008 with the help of Simon's wife, Jane Berry and the Internet. They recognised the extent of these networks and realised the good they could deliver in saving children's lives if harnessed. UK Aid (DfID) - amongst others - are funding the first trial of the concept in Zambia.

pi global offered their services to ColaLife at an awards ceremony, and were later briefed to create a robust container to carry simple medicines. It had to be small enough to only occupy the unused space between Coca-Cola bottles in crates (thus not affecting Coca-Cola themselves), but big enough to fit a large enough dose of the essential medicines. They also had to ensure that they kept to strict medical guidelines set by the Pharmaceutical Regulatory Authority of Zambia. The pack, named the AidPod will be used initially as an anti-diarrhoea kit but if it is successful in its trial, it could be used around the world to extend the reach of other life-saving medical kits.

Our structural team at pi 3 created a patented wedge shape vacuum formed container made of rPET (80% recycled PET.) A consortium was formed between Charpack (bulk-manufacturing of the container and lid), Amcor Flexibles (transparent film to seal the AidPod), Packaging Automation Limited (the machinery that heat seals the film to the AidPod) and Saunders & Dolleymore LLP (advice on Intellectual Property) to ensure that ColaLife had the best team to support their venture.

There are several unique features of the AidPod that gives it benefits beyond that of just a robust transportation container. All branding and instructions are in a leaflet slotted into the lid. This means that the plastic remains clear thus rendering it potentially suitable for SODIS (solar water disinfection.) The AidPod is also used as a measuring jug so that the Oral Rehydration Salts are mixed directly into it so the measurements are correct and consequently, most effective. It will be the first container in Zambia offering customers the ability to make up an individual required dose rather than a minimum of one litre of bulk fluid. The lid prevents contamination and allows the mixture to be fully dissolved via shaking whilst also used as a cup.

Chris Griffin, Chief Operating Officer at pi global comments ‘Simon and Jane gave us this amazing concept for getting medication to rural areas piggy-backing on what they call ‘the last mile' of te Coca-Cola distribution system, our role was to take this idea and make it real. It wasn't about making a lovely looking piece of packaging to attract consumers but instead a functional and sturdy container to deliver this medication safely. The AidPod is the result, a simple, well constructed rPET container which will help parents in developing countries protect their families from easily treated diseases. ColaLife has been a truly exciting project for us to work on, and we can't wait to see the fantastic results it will deliver in the future.'

Jane Berry comments: ‘When we asked Coca-Cola how they reached rural areas, they said: ‘We don't - it's the pull of the brand'. Besides harnessing the unused space in a crate, this is what we've tried to learn from. We aimed to make ‘Kit Yamoyo' attractive, affordable and desirable - so people want it. pi global have helped us make it also useful, robust and practical. We have some of the world's biggest brands watching and learning: UNICEF and WHO, as well as Coca-Cola, SABMiller and Johnson & Johnson. It's going to be interesting!'