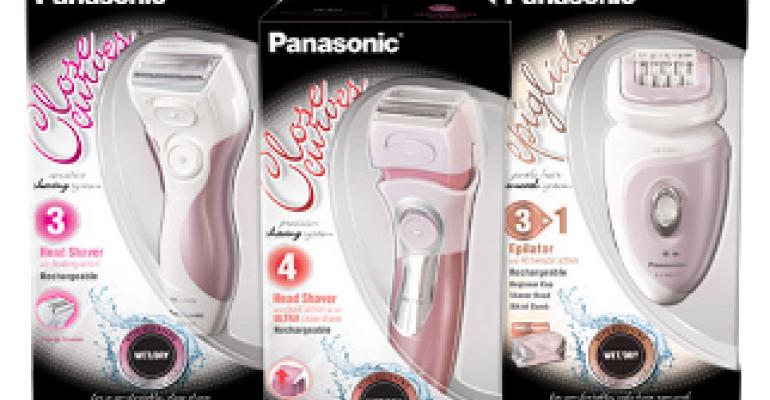 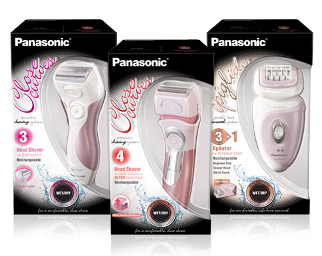 The acceptance of the new packaging in Target stores was crucial to the Panasonic Wellness Group. The personal tools had been dropped after a new buyer found its pink packaging, redesigned in Japan several years ago, to be out of date. To regain entry into the fashion-forward chain, Panasonic was asked to present a redesigned packaging system embracing the spirit of the contemporary young woman.

Walter Taffarello, group marketing manager, Wellness Group, Panasonic Home and Health Co., says, "Last year, Panasonic introduced two SKUs at Target and, with The Goldstein Group's talent, we were able to finally present a modern, unified packaging direction and message. Target, and other key retailer buyers, applauded the new look, focusing on women from their 20s to 40s. The Goldstein Group's new packaging kept this SKU in Target—now and in 2012."

The Goldstein Group re-framed the project to better understand the user. "The female consumer is key," says Terri Goldstein, principal and founder of The Goldstein Group. "Younger women aspire to be older as older women aspire to be younger, with the sweet spot, our design target, age 24. And, the packaging look must also appeal to males because there is a great deal of gift-giving in this space."

To better acquaint Panasonic's brand management with Target's style, The Goldstein Group visited a number of stores to gather intelligence. "Target is all about her lifestyle. They understand, she's an independent woman of today who perceives herself by the brand choices she makes in all categories from detergent to food to personal products," says Goldstein. "To return to Target, Panasonic would need to align its design aesthetic with the look of Target's speciality brands and displays, which are clean and minimal."

Next, The Goldstein Group scouted the leading competition. "Remington's outer structure is more sophisticated; it's not just in a clamshell blister. The Clio fits in your pocket. It's on trend. Braun is in a beautiful jewel red box with an ethereal light. Braun is all about lifestyle, aspiration," says Goldstein. "Meanwhile Panasonic was very pink, very 80s."

To begin the design process, The Goldstein Group explored the category's use of color to determine which colors Panasonic can own. Remington owns blue; Clio, pink and blue; Braun, red and white.

"We decided to give Panasonic a high-fashion positioning based on black, white and silver with a touch of its former pink equity," adds Goldstein.

Since Goldstein and her team had designed the personal care line 10 years ago, they took Panasonic management for a stroll down memory lane reminding them that what was popular in 2000—naked bodies and legs—was completely outdated. Goldstein had even named the line "Progressives," which was entirely fashionable at the time, on-trend and cleanly designed.

"The brand did extremely well," adds Goldstein. "But because the personal appliance category is entirely influenced by fashion, regular packaging updates are required, as well as a new name—Close Curves."

To determine the purchase triggers of 24-year old women, The Goldstein Group stepped out of category to explore desirable and in-demand related beauty products—cosmetics and salon, handbags, shoes and apparel.

"We looked at black and white, always making a trend statement. The second trend was Japanese art, now popular on Coach products. "The third trend is tattoo art. The fourth, my favorite, the use of black as a backdrop for techno-influenced color, like metallics. The final trend, graffiti art, is often mixed with metallics, prints or solids to create a sense of vibrancy."

Once the visual brand positioning was agreed upon, phase one design development began using black, white, silver, gold and a touch of pink in different package configurations, some with windows, others without, for which Panasonic and Target strongly advocated.