A prescription for success 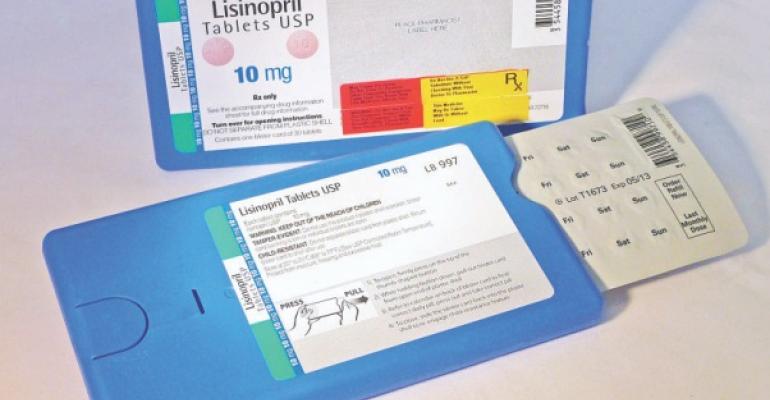 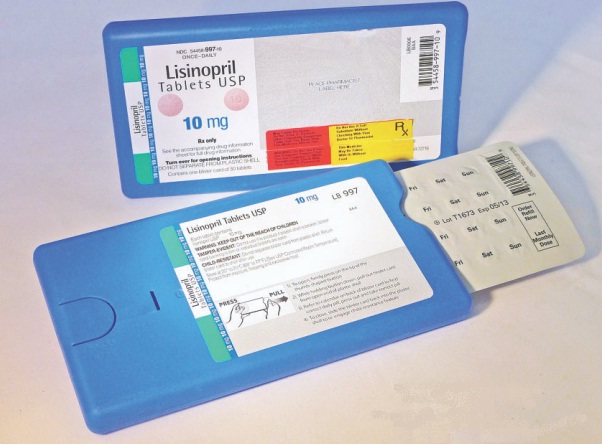 The chemical makeup of a prescription drug isn't the only factor determining the health of a patient-the drug actually needs to be used to have an eﬀect. As former Surgeon General C. Everett Koop once observed, "Drugs don't work in patients who don't take them."

"It's amazing how signiﬁcant the problem of non-adherence is. Medication-taking is a complex, multi-dimensional behavior," says Dr. Barbara Zedler, chief medical oﬃcer with the life sciences research consultants Venebio Group LLC. "It's been studied extensively, with researchers trying to ﬁ gure out why people take or don't take prescriptions. It's a frustrating problem."

A study published in the June 2011 scientiﬁc journal Clinical Therapeutics ﬁnds that the way a medication is packaged can have a signiﬁcant impact on whether patients take it as prescribed. The research project-commissioned by MeadWestvaco's MWV Healthcare division and conducted by Venebio Group-determined that use of calendar blister packaging (CBP) had a signiﬁcant positive inﬂuence on patient prescription reﬁll behavior, boosting the likelihood that patients would adhere to their prescription schedule as prescribed.

The CBP at the center of the study, titled A Pharmacoepidemiologic Analysis of the Impact of Calendar Packaging on Adherence to Self-administered Medications for Long-term Use, is MWV Healthcare's Shellpak. Originally launched in 2006, the packaging consists of a thin, injection-molded shell made of high-impact polystyrene, protecting a CBP of pills inside. A push-button function keeps the package child resistant while enabling seniors and other patients with compromised dexterity to easily access the blister pack inside. Pharmaceutical manufacturers can customize the package with graphics and text, according to their marketing and branding needs.

According to Stacy Buchanan, global marketing manager with MeadWestvaco, the company had seen some success with the packaging but was looking to determine the product's precise eﬀect on the lives of patients, as well as ways that it could be improved.

"As with many of our packaging innovations, we try to include the voice of the consumer," Buchanan says. "We focus on the spaces around people's lives, to help them take the medication the way they're supposed to."

Venebio Group began working with MWV Healthcare at the end of 2009. The goal, according to Zedler, was to develop a scientiﬁc base ofevidence clarifying whether or not Shellpak had a positive impact on patient adherence. Zedler says that adherence-promoting packaging has been around for decades, ﬁrst rising in prominence in the U.S. when it was mandated for birth control packaging in the 1960s. However, to date the packaging has been used only sparingly with other drugs dosed daily to treat chronic conditions.

"We found evidence that calendar packaging-particularly when paired with other reminder strategies-helps improve adherence. However, there weren't a lot of rigorous studies, and none with Shellpak," she says.

According to Zedler, the next step in the project was to study Shellpak in a "scientiﬁcally rigorous" fashion, to evaluate its real-world eﬀectiveness when compared with conventional bottles of loose pills. Findings showed that Shellpak improved patient adherence, Zedler says, especially among patients who had been having problems sticking to their regimen when their drug was packaged in bottles. She adds that patients newly using a particular drug also were more likely to adhere to their regimen when it was packaged in Shellpak, as opposed to conventional prescription bottles.

"What we found was that the use of Shellpak alone-even without any instructions by the pharmacist regarding the package, or any explanation on why it was changed-was associated with a signiﬁcant improvement in patient adherence and patient reﬁ ll," Zedler says. "That's exciting to me as a physician."

Since Walmart Stores Inc. has adopted Shellpak in its network of pharmacies, researchers decided to hone in on adherence to one particular variety of drug dispensed at the retailer. They compared adherence to the dosing regimen of lisonopril and enalapril, commonly prescribed for treatment of hypertension and congestive heart failure. The study compared when a drug was dispensed in a vial, then compared the ﬁgures to patient behavior after the same drug was placed in Shellpak. Results showed that the use of Shellpak improved a patient's tendency to stick to the drug regimen, and to keep up with regular reﬁlls.

In addition to the study reported in Clinical Therapeutics, MWV Healthcare has performed its own consumer research-including one-on-one, in-depth interviews with current patients-to garner further information about the eﬀectiveness of Shellpak and other packaging oﬀerings. Buchanan tells of one female patient whom the company had contacted for input, requesting that she come into their oﬃces and bring along her current medications to discuss how she used and interacted with the packaging.

"She brought in a Shellpak she'd received," says Buchanan. "She was frustrated because she couldn't ﬁgure out how to get it open. The package had no opening instructions. The moderator went to pull out the packaging, pushed the button and a lightbulb went oﬀ in the woman's head."

Buchanan reports that the company has made improvements to the Shellpak configuration since its initial release, such as adding simple opening instructions. In addition, the company is looking into ways to improve the package's sustainability, like reducing the amount of plastic. And David Dwyer, vp of marketing for healthcare at MeadWestvaco, says that while the company initially focused on giving Shellpak a high level of child resistance, the company has since worked to make the packaging more accommodating to seniors.

"We have since worked with the ergonomics department at North Carolina State University and with the Arthritis Foundation to better understand limitations of people with hand or wrist arthritis, reduced strength or other restrictions that often follow with aging," Dwyer says.

Buchanan adds that while the packaging might not be intuitive, and while patients that are changed over to Shellpak from a more conventional vial could possibly bristle at the shift, most react positively once they realize the positives.
"When people start to understand the beneﬁt of the packaging and how to open it, they ﬁnd it can really help them," she says.

According to Buchanan, acceptance of the Shellpak CBP is increasing in terms of consumer acceptance, and the company is seeing patients becoming more familiar with it and increasingly integrating it into their medication-taking routines. It is also becoming more familiar to medical community and pharmaceutical companies. The ease with which the packaging can be incorporated into a production operation is also helping improve the packaging's popularity.

"Many of our packs have been designed to run with only minor modiﬁcations to an operation's standard equipment," says Buchanan. "They can be run in-house or a client can go with a contract packager-it depends on the customer and what sort of equipment they have."

Dwyer says the company will continue to look at ways to improve Shellpak and other pharma packaging, to ensure patient needs are met.
"With a laser focus on insights-centric innovation, we strive to constantly evolve our current packaging, as well as develop novel solutions that drive adherence for patients and return on investment for our customers," he says. "We are now concentrating on making our packaging even more environmentally friendly, easier to open and dispense pills, while still maintaining the highest levels of child-resistance and a better ﬁt with patients' on-the-go lifestyles."

In February 2011, MeadWestvaco's MWV Healthcare division released its Preservative Free Pump Topical (PFP T) on a sample basis. Designed to ensure germ-free application of topical treatments, the new product is based on proprietary research of patients, physicians and pharmacists.

The pump features a ﬁve-fold mechanical protection system, with a non-return valve next to an oriﬁce bore, and another non-return valve in the metering chamber. It also has a ﬁlter element to provide the container with contamination-free ventilation, locked actuator and sealed air path during storage. The design is important in keeping the integrity of preservative-free medications from being compromised by microbes and other contaminants.

Rosanne Smith, marketing manager with MWV Healthcare, says because the company is highly concerned about ensuring their products offer the best possible result in meeting customer needs, they are diligent about seeking input from medical professionals and end users. Creation of the PFP T stems from extensive interviews with doctors, pharmacists and the patients beneﬁ ting from their use. One aim of the research was to determine if preservative-free packaging was highly desirable.

Smith says the PFP T packaging is suitable for use in hospital and clinical environments, where microbial contamination is a signiﬁ cant concern. It currently is made in MeadWestvaco's production facility in Hemer, Germany. At this site, the company partners with pharmaceutical companies to copack their products.