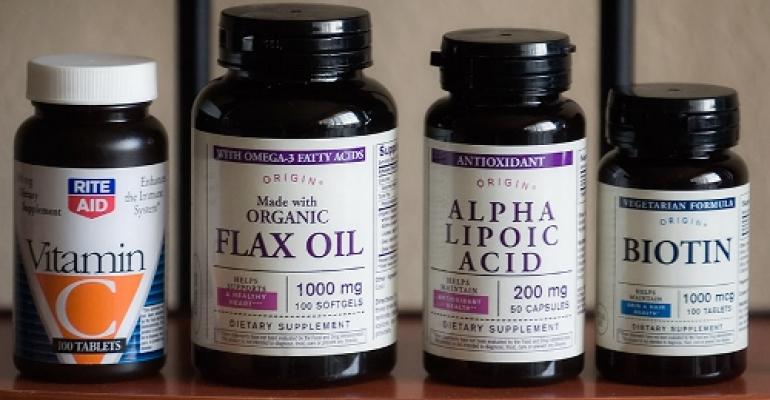 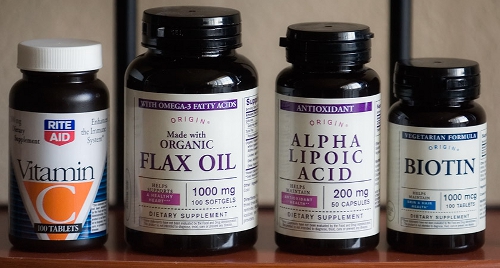 U.S. Senators Dick Durbin (D-IL) and Richard Blumenthal (D-CT) have introduced legislation that would help consumers distinguish between dietary supplements that are safe and those that have potentially serious side-effects or drug interactions.

Recent investigative reports by USA Today and "Rock Center" have exposed the lack of information about dietary supplement products while they are on store shelves. With no authority to require information about a dietary supplement before it is put on the market, the first the Food and Drug Administration often learns about a product is when a consumer becomes sick or worse.

The Durbin-Blumenthal Dietary Supplement Labeling Act would improve the information available to consumers by requiring more information on product labels, give more authority to the FDA to require manufacturers to register their products and ingredients and provide proof of any health benefit claims, and curb the prevalence of drinks and foods that are masquerading as dietary supplements as a means of avoiding reviews and regulation by the FDA.

"Though many dietary supplements available today are safe, we can't ignore the growing evidence that there are some in the industry that are taking advantage of the system we have in place to make money selling products they know are harmful," says Durbin. "Regulation of supplements can be improved to protect public health and it starts with making more information available to consumers and the FDA. The bill I am introducing with Senator Blumenthal builds on the work we have done in the past with common sense steps to make sure supplement risks are printed on the label, products are registered with FDA and manufacturers can back up their big claims."

Blumenthal says, "Consumers don't know some dietary supplements are unsafe until they're in the hospital, and by that time it's too late. This legislation would make lifesaving information available to the FDA that may stop suspect products from causing injury or even death. The bill also would prevent foods and beverages from masquerading as dietary supplements to avoid FDA review. This common-sense, pro-consumer proposal will no doubt encounter a plethora of industry push back, but history and science are on our side."

A March 2013 Government Accountability Office (GAO) report found that between 2008 and 2011, the FDA received an average of 2,100 dietary supplement adverse event reports a year compared to less than 400 in 2007. The report also suggested that there is underreporting of adverse events to the FDA because consumers and health care practitioners are more likely to call poison control centers than they are to report a problem to the FDA or manufacturer.

Ami Gadhia, senior policy counsel for Consumers Union, the policy and advocacy arm of Consumer Reports, says, "Millions of Americans take dietary supplements regularly. Many supplements may be safe and healthful, but there are numerous ingredients found in a variety of supplements that pose significant dangers to consumers. This bill would mean stronger requirements for manufacturers to deliver safe products and better labels with more information for consumers."

The Durbin-Blumenthal would give consumers of dietary supplements a clearer understanding of what they are taking by:

2. Requiring more information on product labels including warnings associated with specific ingredients. The bill would require dietary supplements labels to display a warning if the product contains an ingredient that may cause serious adverse events, drug interactions, contraindications or risk for subpopulations such as children and pregnant women. If a proprietary blend contains such a dietary ingredient, the weight per serving of that ingredient must be disclosed on the label. Labels also would have to include the batch number, which would help the FDA identify and recall contaminated product.

3. Giving FDA the authority to require manufacturers to provide proof for any potential health benefit claims. Manufacturers of dietary supplements are allowed to use claims about the benefits of their product for marketing purposes. Manufacturers are also required to have substantiation supporting claims on product labels to ensure they are truthful and not misleading. The Dietary Supplement Labeling Act would give FDA the authority to require manufacturers, upon request, to submit substantiation supporting structure and function claims on labels.

4. Directing the FDA to clarify the distinction between dietary supplements and food and beverage products with additives. The vague distinction between a dietary supplement and a conventional food has created a murky and growing market space where industry is selling products like beverages with high levels of additives that act as stimulants and brownies with high levels of ingredients that lull the body into relaxation. The bill would direct the FDA to establish a definition for "conventional foods" to clarify for industry, for consumers and even for the agency itself what products are foods and should be regulated as foods and what products are meant to be health aids and should be regulated as dietary supplements.

This Dietary Supplement Labeling Act would build on that by requiring dietary supplement manufacturers to disclose the known risks of ingredients and display a mandatory warning if the product contains a dietary ingredient that may cause potentially serious adverse events. Labels would also have to include the batch number, which would help the FDA identify and recall contaminated product.

In response to the introduction of S. 1425, the Dietary Supplement Labeling Act of 2013, by Senators Richard Durbin (D-IL) and Richard Blumenthal (D-CT), the Council for Responsible Nutrition (CRN), the leading trade association representing the dietary supplement industry, issued the following statement.

Steve Mister, president/CEO, CRN, says, "CRN appreciates Sen. Durbin's continued interest in providing consumers with additional assurance of the safety and benefits of their dietary supplements. However, we oppose the Dietary Supplement Labeling Act of 2013 because it creates added burdens for both FDA and companies already following the law, but does not address the problem of those companies that are disregarding the law. Without robust enforcement, companies who look for loopholes and disregard their legal obligations will continue to ignore new requirements.

"Rather than creating new laws, our industry needs a renewed commitment from Congress to provide FDA with additional funding and resources so the agency can use the ample enforcement tools already at its disposal to take aim at companies that do not comply with the regulations currently in place to protect consumers.

"We cannot support legislation that directs FDA to require warning labels for products or ingredients that ‘could cause' adverse events or potential risks as this is a case of the precautionary principle run amok. While the premise may be well intentioned, in practice this requirement would lead to confusing and unnecessary label instructions likely to deter consumers from using beneficial dietary supplements based on uncommon or miniscule risks.

"Further, a new law is unnecessary because the Dietary Supplement Health & Education Act (DSHEA) already provides FDA with the authority to mandate warning labels if the agency determines there is an unreasonable risk of injury or illness under the conditions of use provided in the labeling. Other provisions of the legislation likewise create burdensome new mandates for manufacturers who are already complying with DSHEA without addressing the industry's outliers.

"We share Sen. Durbin's concern that consumers should be able to expect dietary supplements are safe and beneficial, but adding new layers of bureaucratic mandates is a shotgun approach when we need FDA to take a rifle-like aim at companies that are putting consumers at risk."