The international cosmetics i 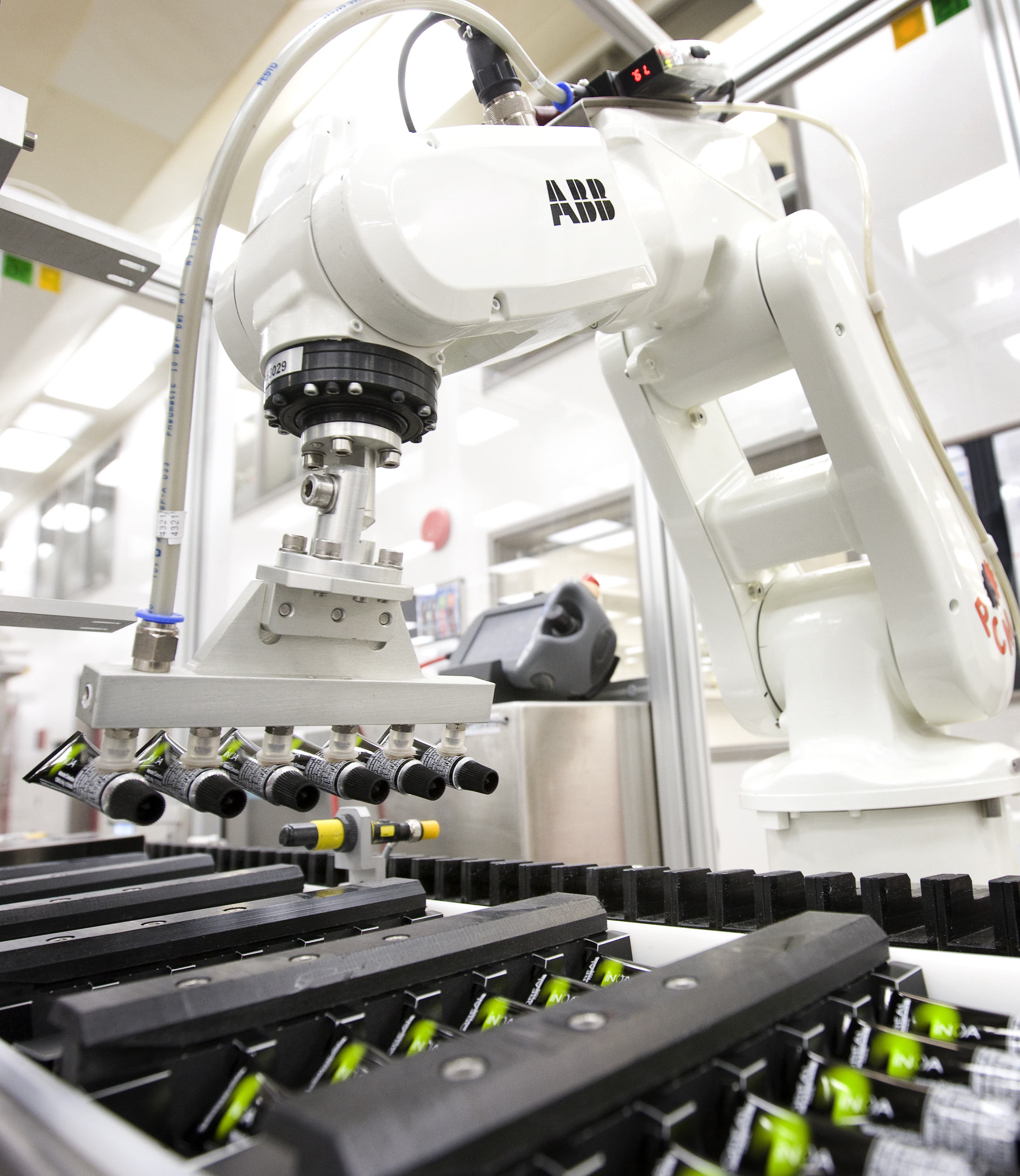 ndustry is a competitive, fast-paced business. When demand from hair salons across Europe skyrocketed in 2009 for L'Oréal's INOA-the world's first ammonia-free permanent hair color-the French cosmetics giant immediately made plans to ramp up production.
At the time, L'Oréal Canada's flagship plant in Montreal had two production cells that churned out some 150 million units a year of hair-coloring liquids and creams. The facility was asked to begin manufacturing large quantities of 0.28-oz tubes of INOA in only four months. "It was a huge challenge," recalled Guy Fafard, the plant's technical supervisor. "When we discussed it with our production manager, he says there was no way we could design and install a new production line in such a short period of time. He says it simply couldn't be done. But we had to find a way to make it happen."
Fafard turned to PharmaCos Machinery Inc., a local leader for turnkey solutions in pharmaceutical and cosmetics packaging equipment that often does custom, needed-it-yesterday production projects for L'Oréal Canada. Within days, the company's technological development director, Sylvain Gauthier, was walking the floor of the busy plant with Fafard to get a firsthand feel for the project.
"It was a complicated mandate," says Gauthier, who worked as a technician at the L'Oréal Canada plant for 10 years before joining PharmaCos a decade ago. In addition to the tight deadline and the use of an explosion-proof tube filler (because INOA uses small amounts of alcohol in place of ammonia), the new line needed to be able to take tubes, put them in trays and load them (plus an instruction sheet) into a ready-to-ship package.
According to Gauthier, such a two-step, two-micro-stop cartoner process would normally be done manually. However, it was critical that the new line always keep moving, because a stop would cause the pressurized fill to overfill the first tube, due to the positive pressure in the reservoir. He also had to respect the plant's production philosophy of having only a single operator for small lines such as the INOA project.

"My only option," Gauthier recalls, "was to design and build a new conveyo 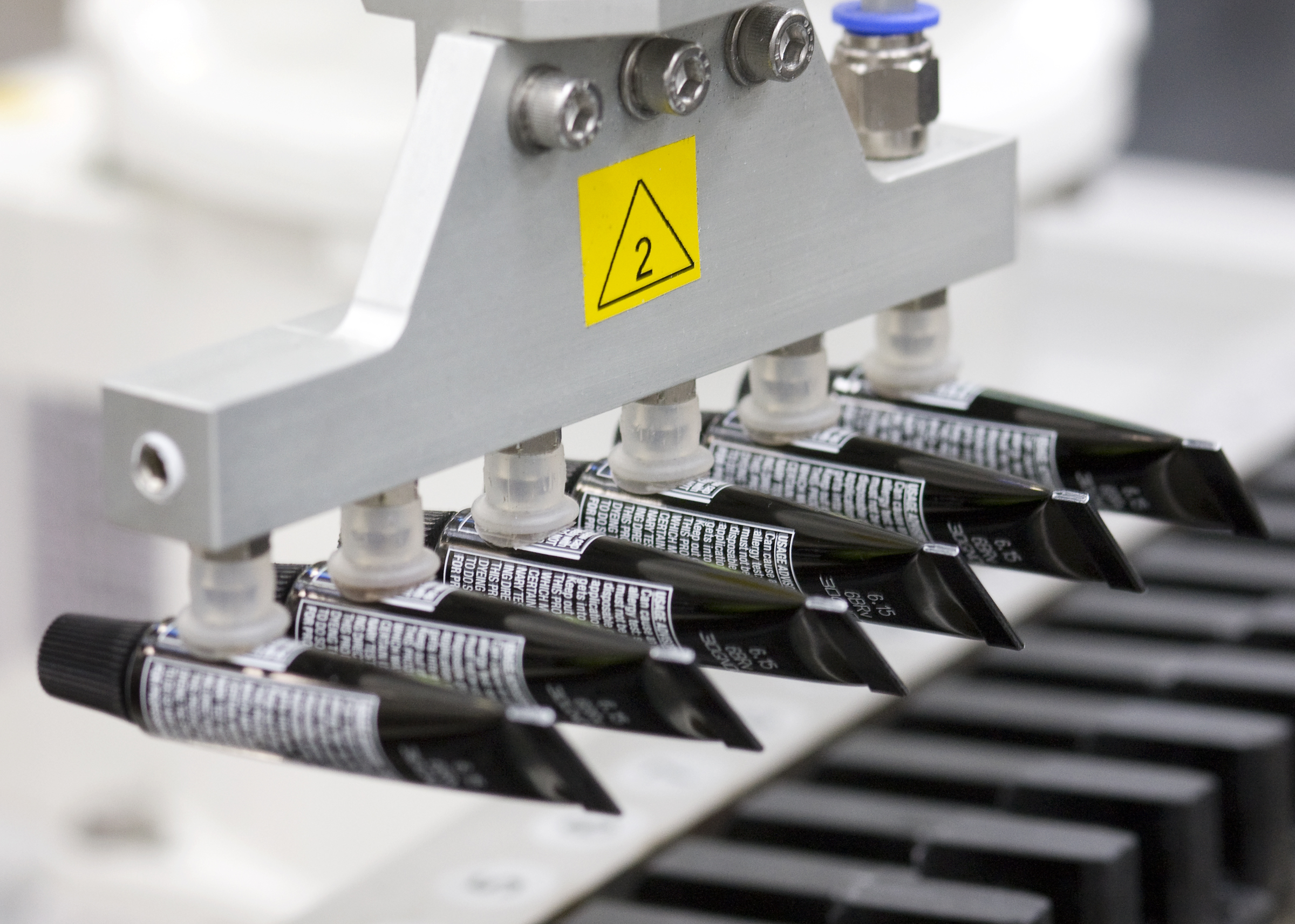 r based on a 29- mm center-to-center tray and a small robot." Gauthier decided to use one of the ABB Inc. robots that his company had in stock. Initially he planned to go with the IRB 140, which has a 5-kg payload. But while talking to ABB Canada's robotics account manager, Pierre Lavallée, Gauthier learned that ABB was in the process of bringing a new, even smaller robot to market: the IRB 120.
After designing a 3-D model with ABB's RobotStudio design software, it took Gauthier two months to build, assemble and test the new line. The solution integrates a Kalix cartoner system, which is represented in Canada by Aesus Packaging Systems Inc., the IRB 120 robot from ABB and an Allan Bradley programmable logic controller from Rockwell Automation to keep count and control input and output.

"Pierre told me he had a demonstrator in Toronto that he could loan me right away to get our project started," says Gauthier. "Three weeks later, the robot was in our plant. We had to set it up, a 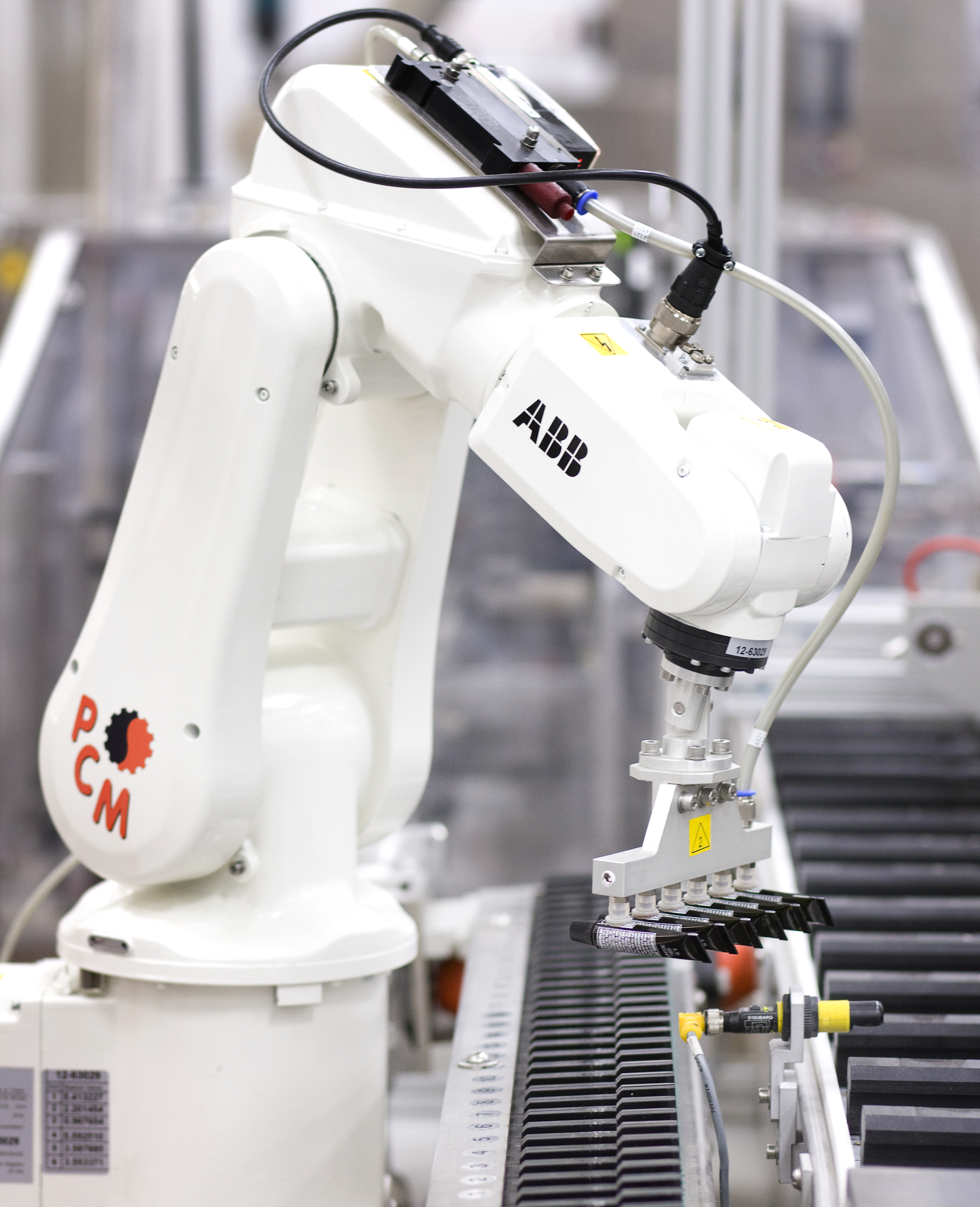 nd integrate it all and adjust it," says Gauthier. "But once we got it going, it worked like a charm."
Designed to run at a slow speed because of the tube filler, the new system at L'Oréal Canada began production in April, 2010, almost four months after the order to build it was issued. Notably, the IRB 120 demonstrator ran for six months before it was replaced by a new model.

"It was an amazing accomplishment," says Fafard, who has since overseen the design and development of a second high-speed system (again with the collaboration of PharmaCos) that recently went into production to help meet the ongoing strong demand for INOA hair products in Europe. "It shows how important it is for a company in such a fast moving industry as cosmetics to develop relationships with contractors who can respond quickly to our needs."