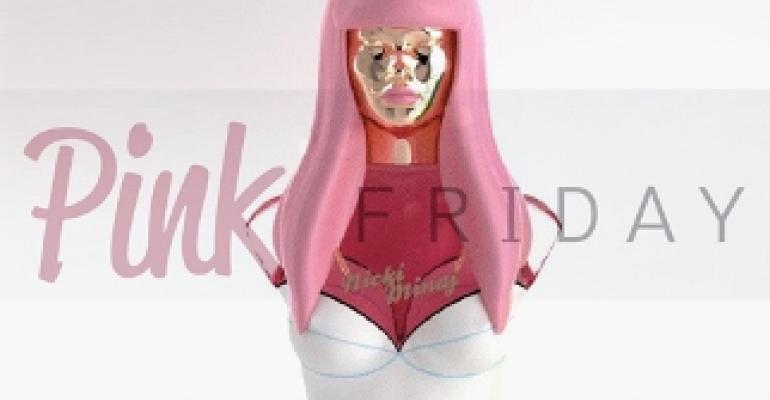 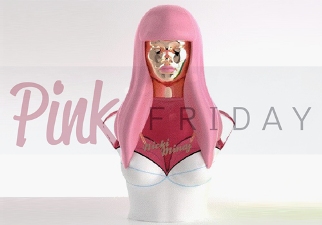 It's not every day that packaging creates a buzz before it even hits shelves. The industry saw such a to-do a few weeks ago, when photos of Microsoft's purported Windows 8 packaging leaked around the web. This week, a similar hubub took place, when rapper Nicki Minaj tweeted a photo of packaging for Pink Friday, her upcoming celebrity fragrance, whcih she claims smells like "angels playing."

Pink Friday (named after a Minaj album) comes from Elizabeth Arden Inc., the same cosmetics giant behind licensed scents from pop star Britney Spears and teen sensation Justin Bieber. Reaction on Twitter to the bottle—a gold female torso bedecked in a long pink wig to resemble the performer's flamboyant look—ranged from raves, to the negative side (@PaleJunes remarked via Twitter, "I'm scared of @NICKIMINAJ's Pink Friday perfume bottle. I'm pretty sure it comes alive at night"), to the bewildered (MTV style blogger Chrissy Malmeister remarked, "Where does the spritz come out of? WHAT DO WE PUSH TO RELEASE THE GOODNESS?")  We at Packaging Digest think it looks like a space mannequin, or maybe "Star Wars'" C3PO in a wig.

The perfume will hit Macy's and other national retailers by the end of September.

What do you think about the Pink Friday packaging? E-mail senior editor Jenni Spinner at [email protected] or tweet @PackagingDigest.
.