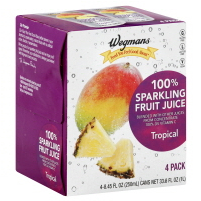 Store brands capped a decade of powerful growth by posting sales increases across all three of the major retail channels in 2010 and pushing dollar market share to new all-time highs in supermarkets, drug stores and total outlets, according to PLMA's 2011 Private Label Yearbook. The PLMA Yearbook tracks private label sales and market share trends based on data from The Nielsen Co.*

As shoppers' economic concerns eased somewhat in the wake of the recession, some industry observers predicted that store brands would give up their recent gains, or even decline as the economy rebounded. The expectation proved without foundation, however, and the return to some kind of pre-recession status quo eluded the national brands. To the contrary, store brands held onto the gains and even built on them.

In total outlets—comprised of U.S. supermarkets, drug stores and mass merchandisers, including Wal-Mart—store brand sales increased by nearly +2 percent while dollar share advanced by almost half a point to a new record level. Overall, sales were $88.5 billion, another all-time high, according to The Nielsen Co.

While the sales totals are impressive, a comprehensive figure for private label food and non-food grocery sales in the U.S. would without a doubt be even more so. An estimated $15 to $20 billion in additional private label sales in channels that are not reporting to the Nielsen databases, such as warehouse clubs, limited assortment stores, convenience stores and dollar stores would likely have produced a grand total exceeding $100 billion for 2010.

The data also offer evidence of extreme efforts by national brand marketers in 2010 to recapture some of the market share they lost to store brands over the previous years. In particular, elevated promotional spending and short-term price cuts by national brands may have hedged the erosion of unit sales at the cost of any and all growth when it came to dollar sales. Indeed, it was highly unusual, if not unprecedented, that in supermarkets national brands were negative (minus 0.1 percent) in year-to-year dollar sales, while their unit sales were up a by modest 1 percent.

An analysis of dollar sales and unit sales is instructive. Store brands contributed mightily—indeed, out of proportion to their relative size in the market—to the increases of sales volume in the channels last year. Moreover, the spread between dollar sales performance of private label and national brands was significant.

In supermarkets, store brands sales increased by $1.2 billion and accounted for 100 percent of the growth in the channel, even offsetting a sales drop of -$149 million by national brands. The picture was much the same in drug stores, where store brands dollar sales increased by $300 million, comprising 60 percent of all incremental revenue in the channel.

Looking at Total outlets, the results were even more dramatic—private label was up $1.5 billion while national brands were down $4.6 billion, a spread of fully $6.1 billion in sales revenue.

It's not surprising that store brands held their ground after recording sales surges the past few years. Recessions often force consumers to test new purchasing habits. What occurs, in effect, is a large scale sampling experience. Good results with store brands during these periods invariably breed consumer familiarity and then loyalty to the products and the stores that sell them. While some consumers do return to brands they had been buying before, a large percentage stay with their new private label choices. Consumer behavior and data from previous U.S. recessions bear this out.

While sales data, such as that published here in the PLMA 2011 Private Label Yearbook, offer an objective view of the status of store brands, consumer opinion surveys can provide supplemental insights. Based on the latest shopper study conducted for PLMA by GfK/Roper revealed, U.S. consumers are giving strong signs they intend to stick with store brands.