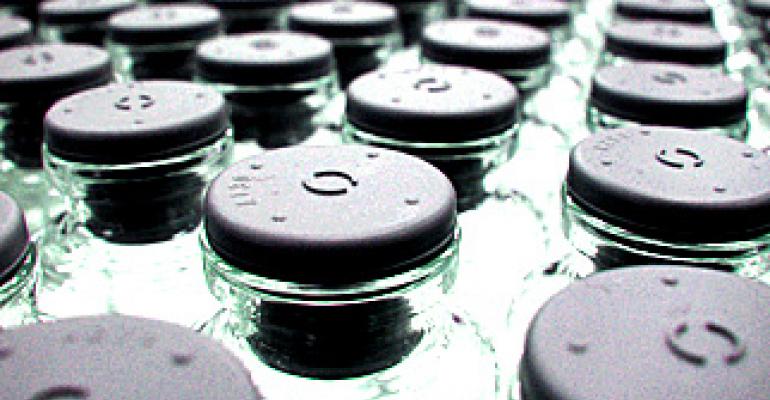 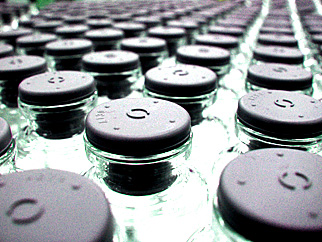 At a meeting today of the United States Pharmacopeia’s (USP) Nomenclature Expert Committee, the Consortium for the Advancement of Patient Safety (CAPS) presented results of an independent study producing a landmark three-part report, including a human factors engineering (HFE) analysis, on the relationship between patient safety and printed messages on ferrule and cap overseals used to secure injectable drug vials.

The USP is a non-governmental, official public standards-setting authority for prescription and over-the-counter medicines and other healthcare products manufactured or sold in the United States. Since the early 1990s, the USP and the pharmaceutical industry have debated the merits of various types of messages designed to assist healthcare practitioners in reducing medical errors. Until now, scientific data in support of either side of the issue has been non-existent.

CAPS commissioned a study to provide independent, empirical data to the USP in response to USP’s proposed revision of USP General Chapter <1>, Injections, Labeling on Ferrules and Cap Overseals. The USP proposal, to become effective May 2011, would limit printing and other types of messaging on the top of the drug vial (i.e., ferrules and cap overseals). The USP published its most recent revision in the Pharmacopeial Forum Vol. 36 (1), Jan.-Feb. 2010.

The results of the CAPS study are eye-opening and clearly validate that the current standard proposed by the USP for General Chapter <1> is ambiguous and vague.

The data from the study states, in part:

* Phase I – There are no medication errors associated with this type of printing.
* Phase II – The majority of participants felt the messages were important and beneficial in preventing medication errors, and consequently were in favor of less restrictive language.
* Phase III – The evaluation associated with understanding how the presence or absence of information is noticed by healthcare providers indicated that "less is not necessarily more," meaning that limiting the messages to less critical information does not make the critical information more visible.

The pharmaceutical industry maintains that strategically placed messages on drug vial caps can provide an additional layer of protection for healthcare practitioners as they determine medication dosage prior to administering injectable drugs. It is well documented that every year thousands of patients are given the wrong drug or an incorrect dose, which often induces adverse medical reactions, including severe illness and death.

The USP contends that most cap messages create a “billboard effect” and maintains that healthcare practitioners should rely only on package inserts and drug vial labels. Their proposal is to limit cap messages to only a minimal set of drugs that can directly cause imminent life-threatening harm, if wrongly chosen.

At a meeting in 2009, a Food and Drug Administration (FDA) representative made it clear that there was no factual, independent data to support either side’s position and recommended a human factors engineering study to produce data.

As a result of that meeting with the FDA, CAPS contracted Dr. Anthony Andre, Founding Principal of Interface Analysis Associates (San Jose, CA) and Adjunct Professor of Human Factors/Ergonomics at San Jose State University. Dr. Andre is a Certified Professional Ergonomist (CPE) and the current President-Elect of the Human Factors and Ergonomics Society (HFES). Dr. Andre and his staff conducted a three-phase effort on the issue of drug vial cap messages, including a literature review, an online survey of healthcare practitioners in December 2009, and a human factors research study involving healthcare practitioner participants in March 2010.

The literature review revealed no reported incident where a cap message was implicated in a medication error. More importantly, various human factors principles and theory found in scientific literature failed to support the premises of the USP proposal.

The online nationwide survey of over 300 healthcare practitioners showed that the vast majority of respondents highly value cap messages that would be prohibited by the USP proposal. In fact, 80% of the respondents foresee an increase in medication errors if many of the currently allowed cap messages were prohibited. Finally, 69% of the respondents disagreed with the USP’s specific approach to making critical warnings more salient to healthcare practitioners who handle drug vials. As one healthcare provider stated, “While certain persons may ignore all printed messages, I believe most healthcare personnel appreciate the extra precautions that the printed [cap] messages provide. In the fast-paced world of healthcare, any assistance to the providers is useful to slow us down and make us think before administration of any medication.”

The empirical human factors study included 20 healthcare practitioners (nurses, physicians, pharmacists, pharmacy techs and medical assistants), all of whom normally handle drug vials and are responsible for cross-checking drugs against prescriptions and patient drug delivery orders. Participants were asked to select the correct drug among a group of drug vials, using realistic patient prescription scenarios. Some of the drug vials had cap labels that would be prohibited by the USP proposal, while most others did not. The results showed that the cap labels produced more accurate and faster drug selection performance and more positive participant ratings of ease of use and confidence. For example, one registered nurse participant initially selected a drug with a 100U potency thinking she had satisfied the task of obtaining the same drug with a prescribed potency of 10U. She noticed her mistake only upon placing the vial on the simulated drug cart, where the cap label (“100U”) caught her attention. In a post-task interview she confirmed that, without the cap label, she would have confidently left the 100U vial on the drug cart for administration to a patient.

The results across all three phases of the human factors effort suggest that the current standard proposed by the USP for General Chapter <1> will not achieve the stated objective of increased patient safety. In fact, according to Dr. Andre, “The USP proposal will likely introduce unintended negative safety consequences, and will prevent the untapped opportunity to exploit drug vial cap messages as an effective, extra layer of medication error protection.”

Adds Dr. Andre, “The gist of the USP proposal is to restrict messages on the caps of drug vials, messages that have never been implicated in medication errors or patient deaths. In contrast, the science of human factors, coupled with our recent research, shows that the cap area is an underutilized and highly visible area of the drug vial that is well-suited to present key medication and warning information toward aiding healthcare practitioners in selecting the correct drug in the correct concentration and dose.”

The CAPS human factors study provides the first-ever scientific data validating premises on both sides of the debate, but it warns that the current USP proposal will be a detriment to overall patient safety. The study validates industry’s assertion that healthcare practitioners find value in printed information on drug vial ferrule and cap overseals and that the information can help prevent medication errors. The study also confirms what has long been suspected: healthcare practitioners do not always read or fully understand the detail-laden inserts and vial labels, especially in high-pressure environments such as emergency rooms and trauma centers.

“For the first time since the inception of this decades-old debate we are able to cite factual, unbiased data strongly supporting and validating our hypothesis that the USP revision as written is flawed and has the potential to pose a serious threat to patient safety,” said Frederick J. Balboni, Jr., CAPS Executive Director. “The unbiased data garnered in this study can certainly assist the USP’s Nomenclature Committee in creating a viable standard acceptable to both USP and industry with the primary objective of ensuring public safety.”

Executive summaries of the CAPS study along with the proposed revision to USP General Chapter <1> are available at www.caps-edu.org in the Important Updates section.