Toothbrush packaging puts One Direction in your head 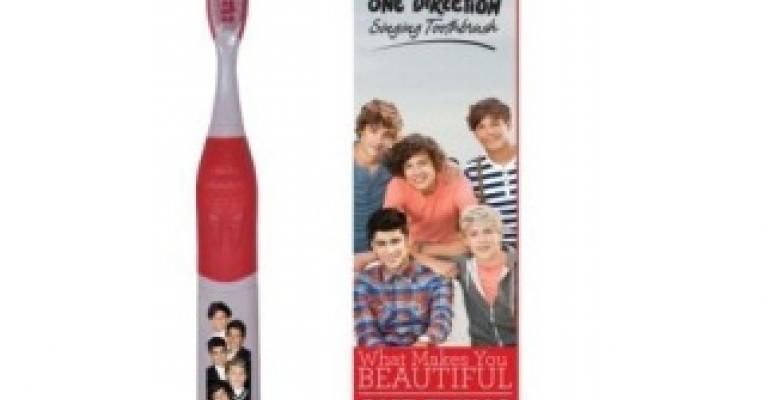 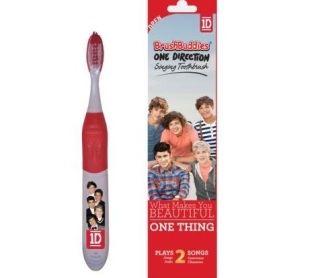 "We are thrilled to announce One Direction as the second music group in our portfolio and are particularly excited about launching in their home countries of the UK and Ireland," states Patel. "Our products have become known for representing artists in their unique style and our packaging allows consumers to play the two songs on each brush while maintaining the product in a safe hygienic shell while in-pack.

One Direction is comprised of members Niall Horan, Liam Payne, Harry Styles, Louis Tomlinson and Zayn Malik, who were put together after auditioning for The X Factor UK in 2010. Their debut album, Up All Night, has reached #1 in 16 countries, selling more than 3 million albums, 8 million singles and 1 million DVD's worldwide. The group has also amassed nearly seven million followers on Twitter and 10 million Likes on Facebook.