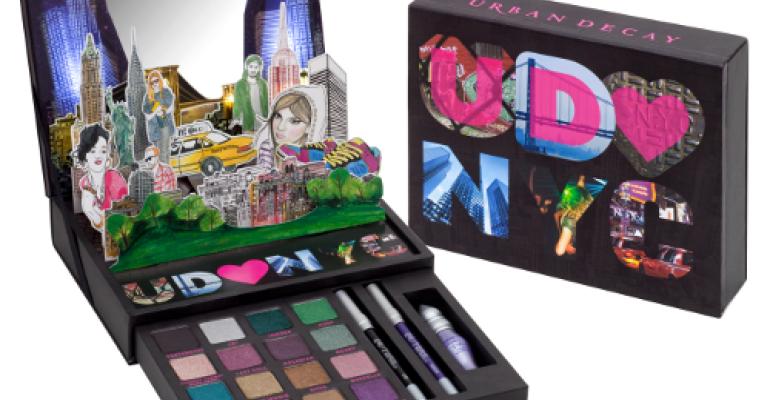 A first for cosmetics packaging, seven LEDs-positioned in buildings and on the bridge-light up Urban Decay’s latest Book of Shadows collection.

Once you've got a winner, it's hard to follow up with a good sequel. Keeping the kicks the third time around takes real ingenuity.

When designing the packaging for its Book of Shadows III, California beauty brand Urban Decay knew it had to up the ante for its popular annual eye shadow collection. 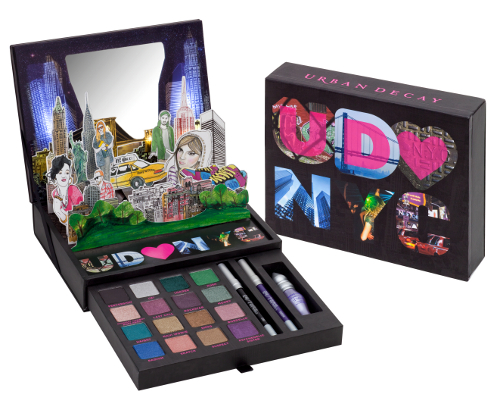 Tasked with the project, product development director Amy Zunzunegui at Urban Decay says, "We feel like every year we need to make it more interesting and more appealing to the customer so we shine versus our competitors. We'd seen LED lights in other things, like cards. We're always trying to take things that have never been done before in packaging and apply it to our package."

BOS III incorporates seven LEDs in a pop-up box design of a New York City evening cityscape. "New York City is very Urban Decay-ish," explains Zunzunegui. "Even though we're not from New York, it's kind of a quintessential Urban Decay city and feels very much like our brand. We thought the lights in the skyline would be great."

Urban Decay worked closely with its supplier HCT Packaging on the concept, design and implementation of this package. Nick Gardner, evp for HCT, says, "Having created the two previous Book of Shadows, as well as the hugely successful Alice in Wonderland pop-up palette, we wanted to take the concept to another level and create something with Urban Decay that really stood out from the crowd. New York City is a fantastic place, full of atmosphere and character which is what we wanted to capture in this third book of shadows."

Inspired by the glimmering lights and iconic landmarks of New York City, the elaborate BOS III pop up shows hand-illustrated depictions of the city that never sleeps-from skyscrapers such as the Empire State building to landmarks like the Statue of Liberty and Central Park-set against a backdrop of a star-filled night sky.

A ribbon pull-out drawer holds 16 shades (seven of which are exclusive to this palette), plus two colors of Glide-On eye pencils and a 3.7ml travel size eye-shadow Primer Potion. This melting pot of color, with its unique package, is positioned as a collector's item.

Artful functionality
Starting with the idea that they wanted to use LEDs somehow for BOS III, Zunzunegui talks about designing the NYC theme around the functionality of the lights. "It took a long time to flush the artwork out, to go back and forth with ‘Yes, this side is right, it isn't right. Let's tweak this. Let's make the sky look this way, the girl look this way. We need to make the taxicab move over to the left because it's blocking this skyscraper.' There was a lot of back and forth," Zunzunegui remembers. "Once we got our artwork, then we had to figure out the positioning of the lights. ‘This light can't go in this building because it's not thick enough to hold the wire up the back. Or it can't go here because it's too close to the border. We need more space.'"

A built-in battery in the lid powers the pack's seven LEDs, a number selected to make a maximum impression at an affordable cost. Two of the lights are positioned in buildings printed on the inside of the lid. The other five are incorporated into pop-ups.

HCT had worked with LEDs before, but only by applying them directly onto the pieces. This design needed to be a bit more sophisticated. Gardner explains, "LEDs have a tendency, because they're so bright, to visually look not very appealing. When you open them, they're like ‘ooh,' this horrible set of lights, like a being blinded by a car. It's difficult to control the voltage."

He continues, "So what we did with this was, all the LEDs are covered. The back section of the lid is covered with a mylar sheet that acts as a light shade, if you will. The other LEDs on the pop ups are either placed at the back or inside the buildings so the buildings look as though they're illuminated. But it's not a light that would be unnatural, like stuck on them. It's in them, so when you look at them, the buildings are lit from the inside."

When asked about the impact on recycling or disposal of the package, Gardner says, "We obviously cannot speak for how the end customer would dispose of these but in truth it would be hard to remove the batteries to allow them to be placed into a clean recycling stream. We are not making strong claims for the environmental friendliness of this packaging unlike some of the other UD products we make such as ‘The sustainable shadow box' that is made from bamboo and recycled greyboard."

Making it work
Once the design details were worked out, HCT set about bringing the package to life. The main structure of the box is made from die-cut greyboard, a staple in HCT's inventory. The recycled paperboard, pressed into sheets in different thicknesses, is stacked, glued and cut to create the shell of the box and the drawer.

Magnets in the box and the top corners of the lid provide a secure closure. An activation switch and timer for the LEDs is in the lid. When lifted, the lights come on by themselves. They turn off automatically, too, after about a minute. The standard battery provides between 5,000 to 6,000 activations.

The entire package was hand assembled at a licensed factory in southern China, which used about 500 people on the line to fill the order for 400,000 packages. Each "book" took about five to six minutes to make. "The main challenge was the sheer complexity of the piece," Gardner says. "The large amount of handwork in the assembly, the placing of the lights and ensuring that the pop ups and lights all functioned well lead to very long production times."

Assembled packages were sent to plants in the U.S. and the Dominican Republic for filling by contract manufacturer Oxygen Development. The company formulates the eye shadows based on Urban Decay's recipes, opens the drawer, drops in the products and closes the drawer. Each palette is then packed into a clear folding carton, made of virgin PET, with an insert card that shows all the product colors. Both carton and card are sourced and supplied by HCT.

Crazy for quality
BOS III retails for $54 and is sold at Macy's, Sephora and ULTA stores and online at macys.com, sephora.com, ulta.com, beauty.com and urbandecay.com.

Eye shadow is an important market at Urban Decay. "Our customers are crazy for the eye shadows," Zunzunegui says, as they represent a higher percentage of business compared to competitors, who typically sell more lip products.

BOS III has been so well-received that Urban Decay has ordered a second production run. Part of its draw is that, like other UD palettes, it contains seven shades not available elsewhere. That exclusivity-plus the variety of the collection-appeal to the brand's fans, those experimental Millennials and selective Gen Xers in the 18 to 35 age range with the discretionary income to be able to afford UD's quality shadows.

It's overall satisfaction, Zunzunegui contends, that keeps them coming back for more. "We've set a trend with our customers that they've come to expect new and innovative things with our packaging. But it always has to function and echo our brand image as well," she says. "So we're always looking for different treatments, different ways to do things, different stuff to put in the palettes. That being said, we take great pride in the fact that we have high-quality makeup. If you don't have good cosmetics behind the scenes, then you can sell one palette, but no one's going to buy another one." 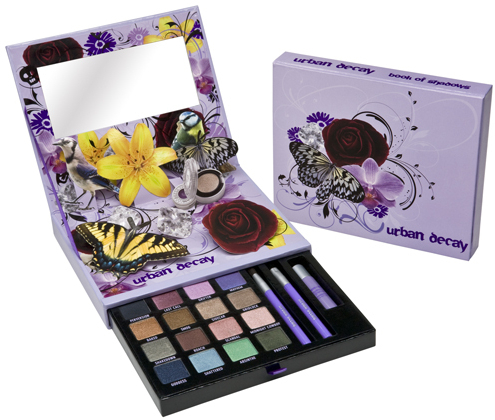 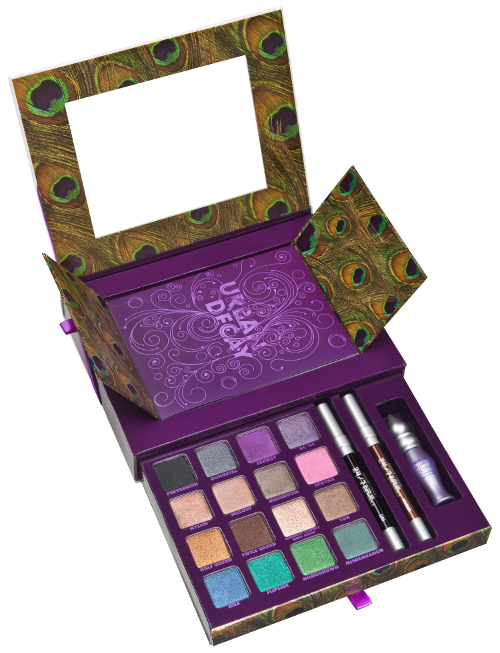