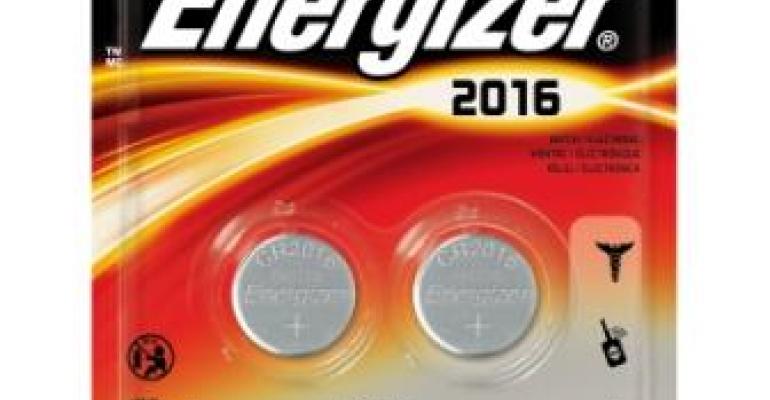 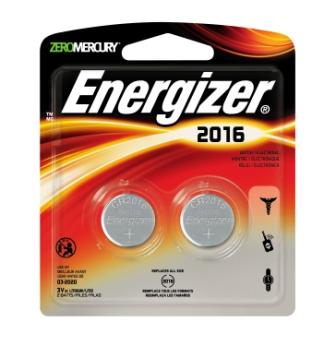 The safety of the littlest consumer is a top concern among packaging engineers and designers. That's the big push behind Energizer's new child-resistant packaging for its coin-sized batteries.

Composed of durable flexible materials that make it more challenging for Junior to get his tiny hands on the easily swallowed batteries, the new packs also bear warning copy and icons advising of the dangers associated with coin cell batteries, and how and where to get medical help if the batteries are swallowed. Once an adult has opened the package, he is greeted by a warning sticker on the back of the battery (tabbed for easy removal) to further bring home the safety message.

According to Rebecca Oesterle, leader of global packaging development with Energizer, the revamped packaging follows the company's mission of serving consumer needs.

"This particular package is one that comes from the incidences of children ingesting batteries increasing over recent years, because the number of devices that take such batteries has increased," she says. "The rate of ingestion is still relatively low, but improving it is something that we're able to control. This change wasn't regulated; there's no government mandate that said the packaging had to change. We saw it as a growing area of concern, something that we could control, and we took the initiative."

In addition to changing its packaging to improve the safety of children, Energizer is working to effect change throughout the industry by conducting deeper research, promoting awareness of the problem and advocating for change. It supports the National Capital Poison Center to prevent and treat battery ingestion. Further, Energizer is working with Safe Kids USA, a child safety advocacy and education group, to launch The Battery Controlled, a campaign to spread awareness among consumers, caregivers and the medical community.

"Before this even officially became a project, we had been looking at the concept," she says. "I facilitated the ideation session, and we ultimately came up with what ended being the winning design." She relates that the team gathered to brainstorm new child-resistant packaging ideas and came up with a total of 20 different possible designs. The group eventually narrowed the field down to four favorites, then proceeded to delve in deeper to determine which of the candidates would best serve the needs of the company and its customers.

Chris Campbell, brand manager at Energizer, has a range of experience with conducting shopper research. He says that regarding this particular type of packaging, the consumer's needs and goals are fairly straight-forward.

"For coin and watch batteries, we know how the shopper shops, and what she's looking for," he says. "She doesn't need big, bulky packaging, and she doesn't want a lot of big messaging; she just wants a quality, dependable product. She just needs to see the battery and know what number it is."

According to Campbell, Energizer packaging relies on clearly indicated product numbers and color coding, so that shoppers can determine easily which product is the one they need at a glance. He also added that the company aims to, across the board, slim down its packages where possible.

"Especially with our multipacks, we're trying to get our product line in a smaller package, so that there's less of a footprint," Campbell says.

Whenever Energizer considers a change in any of its battery packaging configurations, says staff engineer Steve Reed, it involves a team effort and a great deal of communication.

"We work with our marketing folks to ensure that we really use our existing equipment, and that we design packages that help us minimize the amount of time to change over," he says.

The new child-resistant packaging consists of laminated stock married to a PET blister. It consists of polyester, white polypropylene and another polyester layer. Both the blister film and laminated stock are provided by Bemis Curwood, and the packages are produced in Energizer's Benington, VT, facility. According to Reed, the packaging staff at Energizer worked closely with the materials provider to ensure the product would fit the company's needs and work well on the facility's existing packaging equipment.

One of the initiatives Energizer recently tackled was transitioning its battery products to zero-mercury content in July 2011, and altering its packaging to convey the change. Campbell says the product had little effect on the construction of the packaging; rather, the weight of carrying the message fell on the artwork and package text.

"We determined the best way to communicate the zero-mercury product was on shelf," he says.

The move to zero-mercury batteries was only being mandated in three states. However, Energizer decided to be proactive and phase the mercury out of all its products everywhere.

Energizer is constantly working on improving and innovating battery packaging. Among its inventions are the EZ Turn & Lock packaging for hearing aids. The design includes long tabs attached to each battery to facilitate handling and insertion, Also, the company has placed its smaller batteries into "pill pack" foil packs, which perforates the batteries into little pods, enabling consumers to take along one or two batteries at a time, rather than an entire package.

In addition to working to ensure packaging serves consumer needs, Energizer's staff endeavors to ensure its retail clients are satisfied, too.

"One of the projects we tackled was with Sam's Club, where we went through a conversion with re-seller packaging," Campbell says. "We were challenged by the people at Sam's Club to improve both the re-seller packaging and everyday member packaging. We did a lot of research and conducted focus groups. It's now been on the market for two years in the reseller packaging. It doesn't alienate the regular Club member, who doesn't want more packaging, but it also serves the needs of small businesses and re-sellers. That was a fun project because of the research. We were taking some of the things we'd already been working on in-house and creating a couple of different options for them."

As is the case with many improvements, the child-resistant packaging improvement involves a tradeoff. However, while Oesterle points out that the tougher material, which requires scissors to open and get to the batteries inside, might cause mild frustration on the part of some consumers, she says the company maintains "that's a downside that we're willing to accept."
.