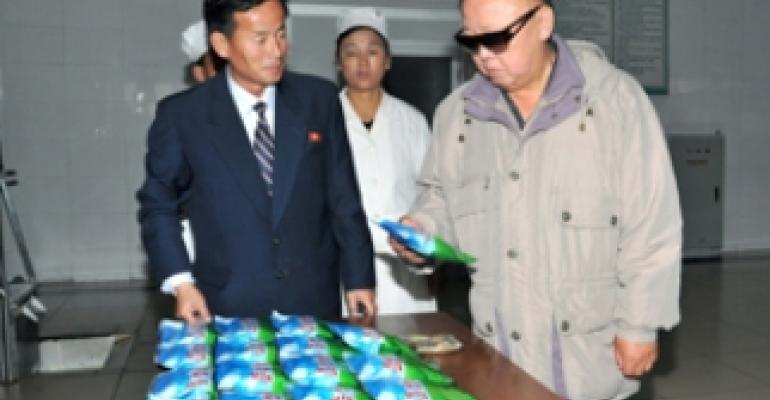 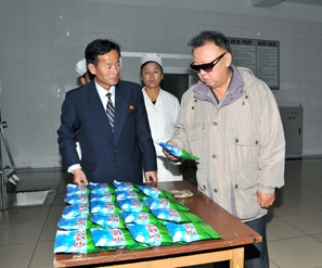 After years of reported ill health due to heart disease and diabetes, North Korean dictator Kim Jong Il passed away Sunday at the age of 69. While various media outlets reported the dictator's physical state had been declining for approximately three years, the eccentric figure known as "Dear Leader" continued to make public appearances around his country until very recently.

Among the last sites visited by the late leader was North Korea's Combined Food Processing Factory, a food processing and packaging facility that handled a wide variety of edibles. According to the official government report, on Nov. 14, Kim Jong Il "went round the condiment workshop, instant rice workshop and other places to learn in detail about production there and the quality of products."