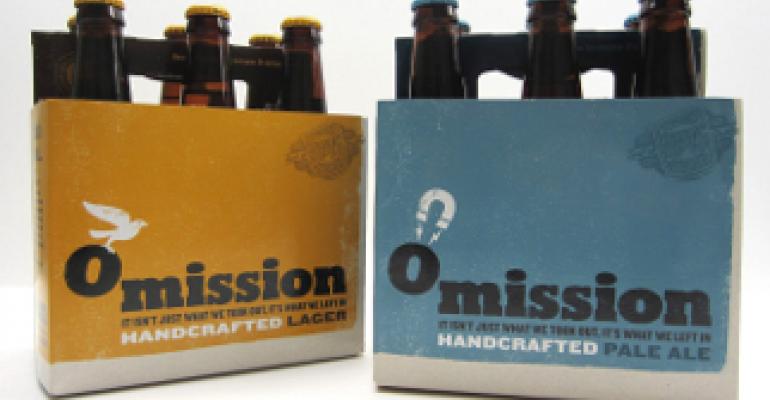 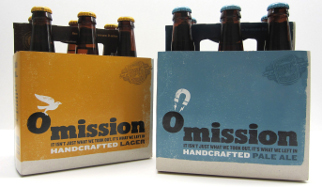 It's that time of year - armchair quarterbacks across the country are grabbing a beer and rooting on their favorite football teams. But with Celiac disease affecting at least 1 in 100 Americans, many beer drinkers are forced to pass up their favorite beverage due to dietary restrictions

Playing off of Omission's messaging, the Hornall Anderson creative team developed the tagline, "it isn't just what we took out; it's what we left in." They then designed tongue-in-cheek illustrations that reflect the "removal of gluten" (or in the case of the on-pack design, removing the "O" to reveal the word "mission") without omitting great taste. This is whimsically demonstrated by enlisting a variety of vehicles such as a UFO, bird, helicopter, hot air balloon, magnet, and magic wand.

Brewed by Widmer Brothers Brewing in Portland, OR, Omission Beer was initially only available in Oregon. Following the beer's success in the state and requests received from across the country, the brewery initiated a phased national rollout. Consumers consider the new Omission Lager and Pale Ale part of a premium product line that not only meets their dietary restrictions, but also provides a quality craft beer taste. As a result, distribution has already extended from its West Coast roots to a nationwide market.

"Omission Lager and Omission Pale Ale are two great-tasting craft beers, and we're eager to share them with the Washington D.C. community," says Terry Michaelson, CEO. "Omission Beer exemplifies the creativity and innovation of craft brewing. As a diagnosed celiac of 12 years, I could not be more excited to share these beers with the gluten-free and beer communities, especially as we continue to hear enthusiastic and positive stories from fans who wouldn't otherwise be able to enjoy great-tasting craft beers."

"Omission Beer offers two great-tasting craft beers for people who may not have been able to fully enjoy craft beers brewed with malted barley," says Joe Casey, brewmaster. "Omission Lager and Omission Pale Ale are approachable beers and true expressions of their respective styles. With gluten sensitivities on the rise, these are great beers to have on hand when you want to ensure you have a craft beer option for anyone of legal drinking age to enjoy."