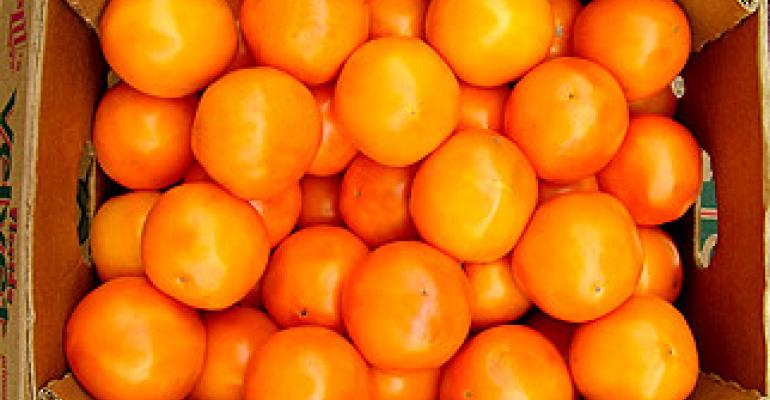 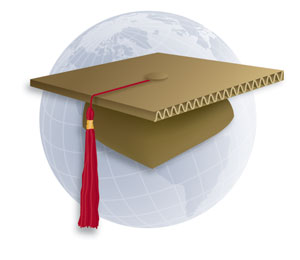 By some estimates, more than 90 percent of the products that reach retail stores in the U.S. and most other developed nations are shipped in corrugated packaging. While considering the hundreds of millions of corrugated fiberboard boxes in global distribution, innovative designs can offer a tool for environmental stewardship and improved physical performance of corrugated fiberboard containers.

Corrugated fiberboard boxes come in a variety of forms and are typically categorized as slotted containers, e.g., regular slotted container, telescoping boxes, folders or wrap around, rigid (Bliss) boxes and self erecting boxes.

Bliss boxes, the only one of these categories of boxes that typically cannot be knocked down, are extensively used for fresh fruit and vegetable distribution. These boxes come in several standard styles and typically consist of two side panels and a body that folds around these panels to form the other sides, bottom and top.

According to the USDA Economic Research Service, while the per capita fresh fruit availability at retail in the U.S. has increased only slightly (2.37 percent) between 1989 and 2007 to 120 lb, the corresponding number for fresh vegetables has increased significantly (10.14 percent) to 187 lb.

A study at California Polytechnic University recently was completed to evelauate several redesigns of standard Bliss boxes, with and without a separate top, in an attempt to optimize the amount of corrugated fiberboard needed while maintaining or increasing their ability to withstand stacking forces under common distribution conditions. Fig. 1 illustrates the standard designs used in the study for benchmarking purposes. Regular slotted container (RSC) and full telescoping half-slotted container (HSC) styles of containers were also used for comparison.

Fig. 2 shows the redesigns used in the study.

All designs shown above were prototyped to the same internal volumes of approximately 0.93 cu ft and were conditioned under three environmental conditions—standard, refrigerated and tropical as per ASTM D4332. The containers were then tested for compression strengths in accordance to ASTM D642. Comparisons were performed within two categories: containers with and without separate tops.

The new designs accrued 34 to 40 percent less deflection during compression testing, an indication of side- and bottom-bulge potential, as compared to the full telescoping HSC

For the second category (shippers without separate tops) comparisons were drawn between the simplest of the existing designs, i.e., RSC and standard Bliss boxes, to the Bliss end internal, box corner Bliss and slip corner Bliss designs. As compared to the RSC design, area savings of 36 to 42 percent and strength improvements in the 2 to 42 percent range were realized. The slip corner Bliss style used 36 percent less corrugated fiberboard and performed up to 42 percent better for compression strength.

Comparing Bliss end internal and the new designs to the standard Bliss box, an increased amount of material ranging from 6 to 9 percent was required and performance improvements up to 47 percent were realized. The slip corner Bliss box in comparison to the standard Bliss container, used 9 percent more material while improving the compression strengths between 18 and 31 percent.