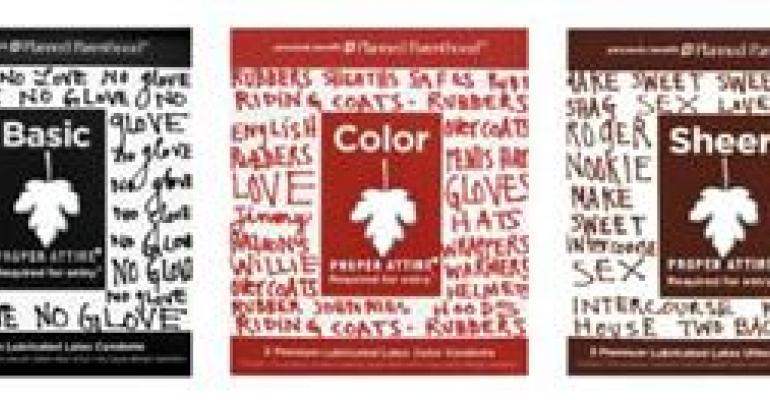 "We are so excited to offer V e na Cav a for P ROPER ATTIRE ® as our most recent designer collaboration, and know that our customers will appreciate the downtown-chic sensibility that they bring to their packaging design. The designers are leaders in the fashion world, making them powerful advocates for safer sex. Their design is an excellent tool for women to feel comfortable having a dialogue about their sexual health," said Rachel Molloy, brand director of PRO P ER ATTIRE ®.

V e na Cav a joins the likes of designers Charlotte Ronson, Alexander Wang, Brian Reyes, Jeremy Scott, and Yigal Azrouel, who have all collaborated on collections for the condom brand. P RO P ER ATTIRE ® has also collaborated for the past few years with the Keith Haring Foundation to feature his artwork in honor of World Aids Day. P RO P ER ATTIRE ® condoms can be found at select hotels such as the Thompson Hotels and Morgans Hotel Group, as well as at cult fashion store Opening Ceremony and the Museum of Contemporary Art store in Los Angeles.

Not only fashionable, P RO P ER ATTIRE ® condoms are also reliable and effective. The condoms are FDA-tested and undergo rigorous quality assurance testing by the manufacturer as well as by independent laboratories. With increased awareness about the spread of sexually transmitted infections, the practice of safer sex is of the utmost importance. According to the U.S. Centers for Disease Control and Prevention, about one person in the U.S. contracts HIV every 10 minutes; by the age of 25, one in two sexually active people will have contracted a sexually transmitted infection; moreover, one in two Americans will contract a sexually transmitted infection at some point in their lives.  And the U.S. has the highest teen pregnancy rate among the most developed countries in the world.

P RO P ER ATTIRE ® condoms come three to a pack with a suggested retail price of $5.99 for a three-pack. They will be available online at www.properattirecondoms.com as well as at Babeland stores, www.babeland.com and www.sexcusemoi.com.

Don't get caught without this season's hottest accessory: V e na Cav a for PRO P ER ATTIRE ® condoms. They're required for entry.