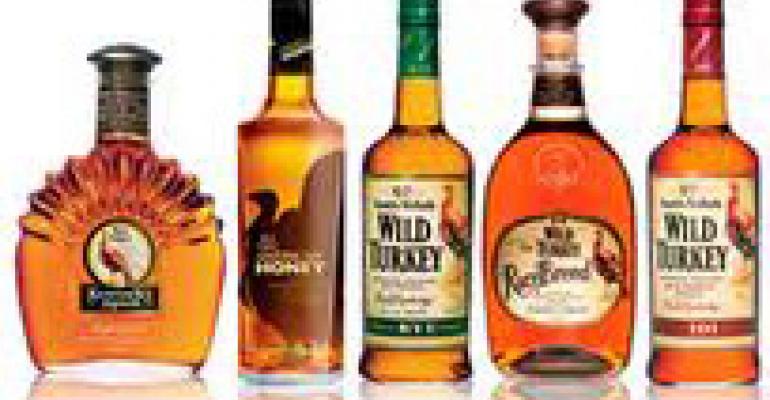 Wild Turkey broke ground on its latest expansion at the site of its Lawrenceburg, KY distillery. The new packaging facility is expected to employ 62 once it opens in fall 2013. It builds on other recent initiatives including the completed expansion of the distillery itself and plans for a larger visitor center. They all come after the purchase of Wild Turkey in 2009 by Italian beverage company Gruppo Campari, which has invested nearly $100 m

illion at the site.

"We see a real future in Wild Turkey and in the people of the great commonwealth of Kentucky," said Gruppo Campari CEO Bob Kunze-Concewitz in a statement.

Construction of the $44 million packaging facility will bring bottling capabilities back to the distillery. Those were removed in 2006 by previous owner Pernod Ricard, which continues to bottle the bourbon on a contract basis at other sites. Wild Turkey sells about a million 9-liter cases annually, according to a state news release.

The new facility will have the capability of producing more than four million cases annually. The 125,000-square-foot packaging center also will bottle Gruppo Campari's Skyy vodka, which is done by contractors.

The Kentucky Economic Development Finance Authority has given preliminary approval for $2.35 million in tax incentives for the project. Under terms of the agreement, the company is to hire 62 workers earning an average hourly wage of $27 including benefits. The company is required to maintain its current employment of 83 full-time Kentucky residents, according to the deal approved in February.

"Here's a Kentucky product that has stood the test of time and continues to grow even more popular and marketable every day," said Gov. Steve Beshear in a statement.

That growth has fueled the investments at the Lawrenceburg site, which last year saw the completion of a $50 million distillery expansion that doubled its annual production capacity. The company also has been approved for more than $75,000 in tax incentives for its plan for a larger visitor center. The project is expected to cost $4 million.

The company so far has declined to discuss the expanded visitor center in detail.