Home>Machinery/Equipment>Robotics
Recent
Best in New Food and Beverage Packaging
May 06, 2021
Unilever Transforms Deodorant Package for People with Disabilities
May 05, 2021
Plastic IQ Targets Plastic Packaging Waste Reduction
May 05, 2021
Colgate Partners with LiquiGlide on a Slick Toothpaste Pack
May 05, 2021
Breaking News in Flexible Packaging
May 05, 2021
Dippin’ Dots’ Super-Cool Cup Promotes ‘Cruel Summer’
May 04, 2021
Cats Versus Dogs: Who is Better for Recycling?
May 03, 2021
How to Successfully Navigate Environmental Regulations
May 03, 2021 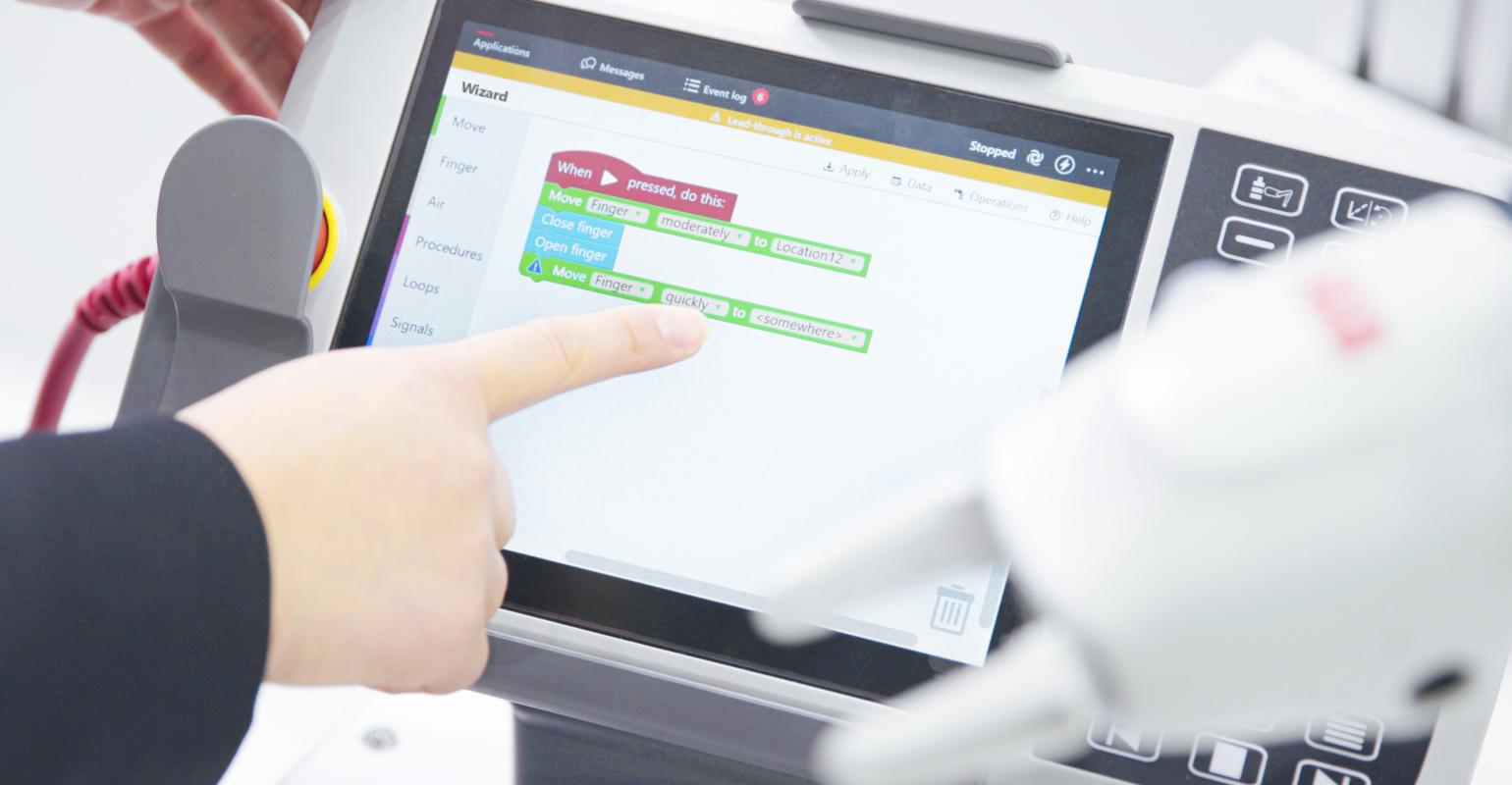 ABB has created a wizard to program its single-arm YuMi robots. The Easy Programming Wizard is a graphical method designed to enable users to quickly create robot application programs. The idea is to deploy a robot without the need to hire employees with specialized training. “Easy Programming makes robots easier to install, program, and operate without specialized training,” says Andie Zhang, ABB’s global product manager for Collaborative Robotics. “This reduces barriers for first-time robot-users to implement automation.”

The wizard uses an open-source visual coding method. “The Easy Programming software is built on the concept of Blockly, which presents programming language or code as interlocking blocks,” says Zhang. “By using this simplified approach our Wizard allows users to program and use the single-arm YuMi robot without prior knowledge of any robot programming language.”  He notes that a user can drag and drop these functions on the FlexPendant to adjust the robot’s actions quickly.

The goal is to enable small businesses to experience the benefits of robots without the assistance of a pricy programmer. “We want to help first-time robot users realize the possibilities of automation,” says Zhang. “We’ve reduced the learning curve for new users by simplifying the programming. The idea is to reduce the cost, time, and skills required to implement collaborative automation. This helps companies that lack a dedicated engineering or automation programming resource.”

The ultimate goal for collaborative robot producers is to create automation in the form of a robot that can be put to work by the employees whose work is replaced by the automation. Small manufacturers don’t want to deploy automation to replace labor only to have to hire higher skilled – and more expensive – new workers.

The Wizard became available as a pre-installed application on the FlexPendant device for all new single-arm YuMi robots after its release at the end of March. “The Wizard easy programming software is available for free, and the new software will also be made available to existing YuMi customers in the form of a free add-in that can be installed via RobotStudio to the FlexPendant,” says Zhang.

ABB plans to expand the Wizard Easy Programming to its other robots in the future.

How Mobile Robots Deliver Efficiency to Your Packaging Line
Mar 04, 2020

How to select the right gripper for your packaging robot
Feb 21, 2020