New Products
brought to you by 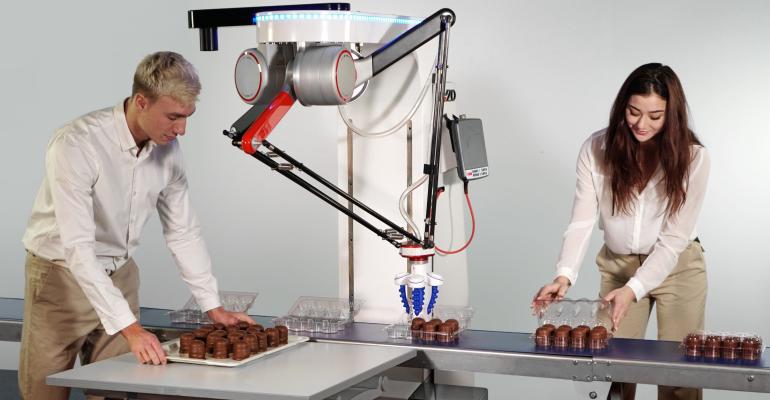 When a typical industrial robot is overkill but a cobot doesn’t quite get the job done, you can now turn to a new solution: a sidebot.

Companies seeking to automate their operations typically have two choices: a workhorse industrial robot, intended to replace human workers, or a defter cobot, designed for lighter work performed in collaboration with or in close proximity to humans. But a new category of robots, called sidebots, seeks to provide the best of both worlds.

Swiss company Wyzo claims to have developed the world’s first direct-drive pick-and-place sidebot, which it says can work side-by-side with human workers in the food and beverage, consumer goods, pharmaceutical, cosmetics, automotive, electrical, and electronics industries. The company says its namesake sidebot is 10 times faster than a typical cobot, providing up to 80 picks per minute. At 5.5 square feet and less than six feet tall, the Wyzo is six times more compact than a typical industrial robot. And thanks to sensors that can detect nearby human activity, it does not need to be surrounded by protective barriers. 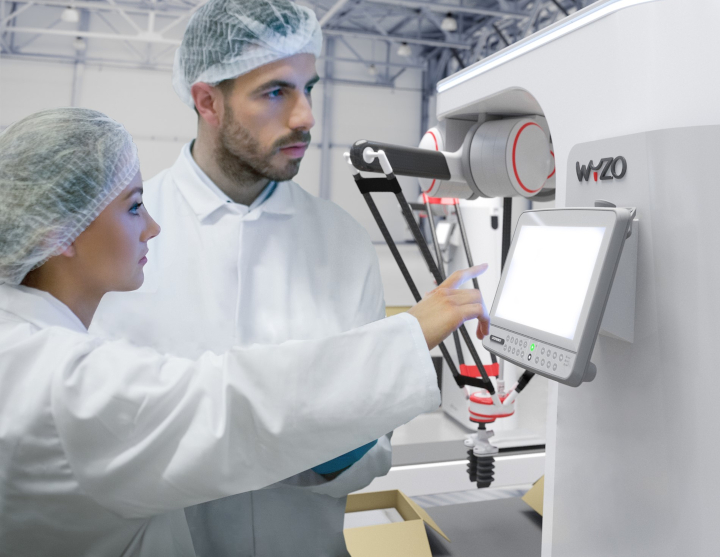 Working at 2,000 to 5,000 cycles per hour, the Wyzo is best suited for medium-sized production batches, although users can boost capacity by combining several sidebots. It was designed with an intuitive human-machine interface and requires no programming or scripts to operate.