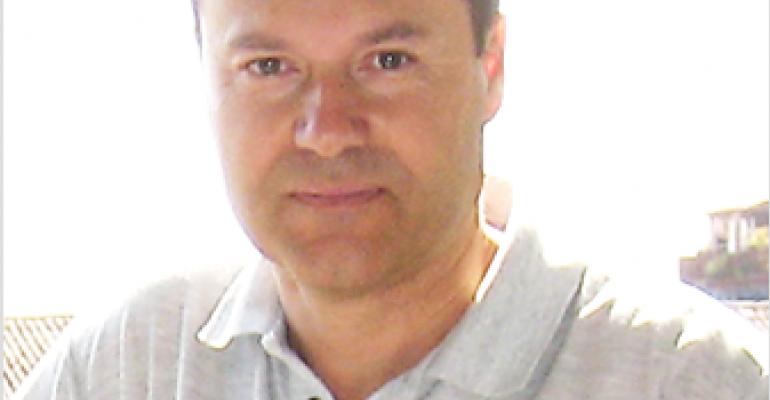 PMP: The Open-SCS is described as being started last year. What were the group’s first steps?

Fusco: The group was originally founded by a handful of vendors and pharma industries. Its first action was to enlarge the original group and to find the subject matter experts suitable for conducting technical work and coordinating the efforts of cross-disciplinary specialists at various member companies. At the same time, it was fundamental to define the charter of the group – its mission – and to set priorities.

An incredible job was done by Marcel de Grutter of Abbott, who was able to gather the main vendors and pharma companies and to provide clear direction regarding the group’s primary activities.

PMP: Why is an open source standard in packaging serialization communication needed, and what have stakeholders been using in the meantime?

Fusco: A serialization platform involves different levels of automation and data exchanges, spanning from the devices (i.e., cameras, printers, labelers, etc.), to the interfaces with lines and site managers, ERPs, global repositories, up to the communication with regulatory bodies. Today, the lack of common standards requires that the data exchange is designed any time a new system has to be implemented, and different vendors are involved on the different serialization layers. Our overarching goal is to pre-define this data exchange, allowing solutions from different vendors to communicate more easily.

PMP: What challenges have been faced when working with data exchanges for serialization and aggregation data, and how could this new standard help?

Fusco: The data exchange is one of the most challenging – and costly – components of a serialization project. Besides the cost, designing the interfaces is also very time consuming and can pose problems to both customers and vendors in defining the specification, testing, installation, validation, and then maintenance. The problem is particularly vexing for customers with different sites and different ERP systems, who are also most likely to utilize disparate sub-suppliers (CMOs).

PMP: Will this standard reference or build upon any other existing standards?

Fusco: A very clear statement of the Open-SCS group is to NOT overlap with other standardization bodies but rather cooperate with them.  In our most recent meeting, held this summer in Princeton, the charter of the group was better focused in its mission as well as in the perimeters of its actions to make sure we are in synergy with other standardization bodies such as GS1, Open UA, etc.

PMP: What happened during the September workshop?

Fusco: It was decided to dedicate 2.5 days to the review of the prototype OPC-UA interfaces, the draft of the Open-SCS OPC-UA Companion Specification, and the overall information model. Meanwhile, the steering committee discussed the group’s next steps, in particular the best way to bring on board the largest possible number of members, with particular focus on the areas where the next series of regulations will be enacted/enforced.

PMP: Once the standard is in place, what are the next steps for the group?

Fusco: The complexity of the serialization process leads to a very high number of possible use cases, spanning across the shop floor and corporate layers. For this reason, in order to obtain the maximum results in the shortest possible time, the Open-SCS committee agreed to prioritize some selected serialization use cases – namely the Interface between Plant system and Enterprise systems (L3 and L4).

These levels are the most urgent ones for the pharma industry – it’s essentially the challenge of exchanging mass amounts of data between third-party manufacturers (CMOs) and their pharma “parent” companies. In addition, beyond this standardization activity, we must not forget or underestimate the fact that the products that will be developed and claimed to be compliant with the standards all will have to be tested.  So this testing and certification activity may become another task of the group.

PMP: Will coding and printing technology providers be part of the group?

Fusco: Not in the near future. As mentioned above, even if standardization of lower levels (L1 and L2) were group’s scope, the highest priority has been assigned to the L3/L4 levels.  My goal - as recently appointed marketing director of the group - is to increase the exposure of the Open-SCS towards the medium- and small-sized pharma companies. This segment of the pharma industry has less experience in serialization and can highly benefit from the membership in terms of knowledge and the deliverables that the group will spread across members. If we are able to expand the number of members, we will have more funds to dedicate to the development of such standards in parallel. In the meantime, printing, coding, and vision technology providers are welcome to join.

Fusco will also be at Pack Expo International/Pharma Expo November 6-9 in Antares Vision’s Booth #W-994. Many of the other members are also exhibiting: