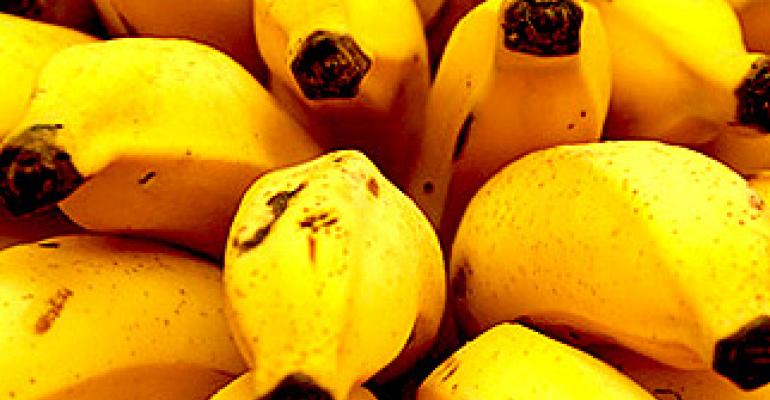 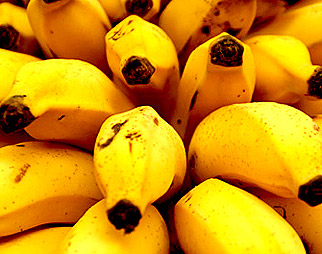 Can plastic wrap boost banana sales? Convenience-store giant 7-Eleven thinks so. With the decline of its cigarette sales revenue in recent years, the company has looked to fresh food to help make up the difference and spur a reinvention of the retailer’s product line.

But it faces a real problem – bananas don’t stay yellow for long, and customers don’t find brown ones appealing.

To solve the problem, 7-Eleven has turned to Fresh Del Monte, which created a plastic wrap that allows individually-sold fruit to stay fresh longer. The wrap is designed to keep oxygen and moisture out, thereby slowing respiration and resisting spoilage.

The bananas are wrapped when green, with the intent of them reaching peak ripeness in the store.

7-Eleven is testing the new wrapped bananas at 27 Dallas area locations of its nationwide convenience store chain. If testing is successful, the company could carry the wrapped bananas throughout its 5,787 stores as early as the first quarter of 2010.

That is, if environmentalists don’t have their way in the matter. The company's move toward wrapping produce is sharply criticized by many as adding a wrapper to a fruit that already has a natural wrapper.

But 7-Eleven says its working closely with Fresh Del Monte to develop a biodegradable wrapper, and the company appears eager to create a solution to the hurdles of selling fresh fruit in a convenience store.

7-Eleven increasingly sees fresh fruit as a key part of its business, and expects to sell 27 million bananas this year.

5 Things You Should Know About Industrial Packaging
Dec 03, 2021