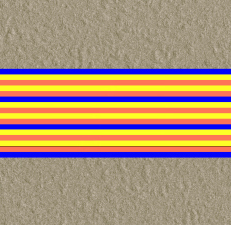 A patent-pending technique developed by Extrusion Dies Industries LLC (EDI) adds a new dimension of oxygen and moisture control to food packaging, likely extending barrier properties beyond the limits of standard test procedures, according to the company.


Called "active microlayer" technology, the new technique combines the concepts of active packaging and microlayer extrusion, yielding film and sheet in which layer multiplication is applied not only to the barrier polymer but also to active components, such as oxygen absorbers or desiccants.

Previous research by EDI has demonstrated that by dividing and recombining the barrier layer to create many micro-barrier layers, it is possible to increase significantly the shelf life of retort and hot-fill containers, stand-up pouches and vacuum skin packaging. Now researchers at EDI's Technology Center in Chippewa Falls, WI, have gone a step further by incorporating active components in layers outside the barrier core, then subjecting those components to layer multiplication as well.

The combined protection of food contents by multiple-even dozens-of barrier and active layers appears to be greater than standard tests for oxygen and moisture ingress are designed to measure, according to Gary Oliver, vp of technology. EDI plans to produce samples for a new battery of tests at its Technology Center and then have the results confirmed by an outside laboratory.

"After encountering numerous active-component layers, oxygen is largely absorbed before it even reaches the barrier layer," says Oliver, "as is moisture before it gets a chance to degrade barrier material such as ethylene vinyl alcohol."

How the ‘active microlayer' technique yields PP barrier sheet
Layer multiplication technology (LMT) yields film or sheet that is no thicker and contains no more polymer than a conventional coextrusion yet can have dozens of, or even a hundred or more, microlayers instead of the usual 3 to 11 layers of standard thickness. In conventional coextrusion, a feedblock combines different polymers from two or more extruders into a multilayer sandwich. In LMT, a special tool takes the sandwich from a feedblock and divides and recombines the layers, creating multiples of the original multilayer structure.

Here is how a typical active microlayer structure could be produced in the form of polypropylene (PP) sheet of 1.25-mm thickness:

● Four extruders produce melt streams of, respectively, 1) the PP outer material or skin; 2) the same PP skin material, but incorporating an active component such as an oxygen scavenger; 3) an adhesive or "tie" layer material; and 4) a barrier polymer such as EVOH.

● Feedblock No. 1 receives the "active component containing" skin material, along with the tie and barrier materials, and forms a five-layer sandwich: active-component/tie/barrier/tie/active component. This sandwich will evolve into the inner core of the finished sheet.

● Layer multiplier, a special tool built by EDI, receives the five-layer sandwich from Feedblock No. 1 and divides and recombines it to form multiple repetitions of the structure-for example, four repetitions, resulting in a 20-layer structure consisting of micro-layers.

● Feedblock No. 2 receives the 20-microlayer structure and the melt stream of PP outer material, diverting the PP into two skin layers over the microlayer core.

● Extrusion die: In the manifold of the die, the sandwich from Feedblock No. 2 is transformed into sheet of target width.

US Manufacturers Slammed by the Pandemic
Aug 10, 2020

The Hidden Risk of Single Sourcing Your Packaging
Aug 10, 2020