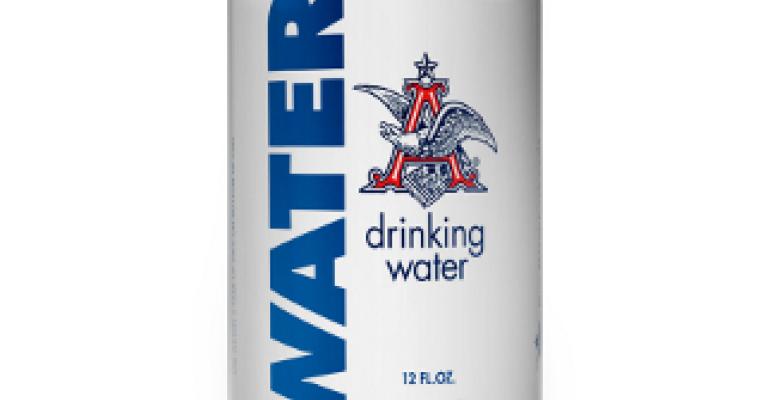 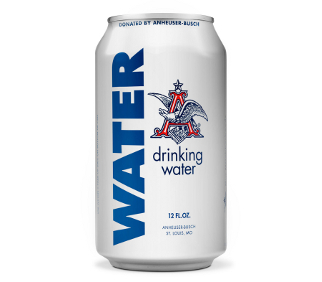 Anheuser-Busch will begin packaging 44,000 cases of emergency drinking water—or 1,056,000 cans—this week for residents impacted by Hurricane Sandy and other natural disasters. More than 4,000 cases of canned water are already en route to Anheuser-Busch distributors Harrison Beverage in Pleasantville, N.J., and Ritchie & Page Distributing in Robbinsville, N.J., and will be available to American Red Cross and other local disaster relief organizations later today. More than 10,000 cases have been requested for Brooklyn, N.Y., and will be delivered to Floyd Bennett Field over the weekend.

"Relief workers and people in the region are in need of safe, clean drinking water, and Anheuser-Busch is in a unique position to produce and ship large quantities of emergency drinking water," says Peter Kraemer, vp of supply for Anheuser-Busch. "Our local distributors help identify those communities most in need, and work with relief organizations such as the American Red Cross to make sure the water gets where it's needed."

The Anheuser-Busch Foundation also announced a $100,000 donation to the American Red Cross to assist in on-the-ground support for disaster relief workers and victims of Hurricane Sandy.

"The devastation left by Hurricane Sandy is significant, and we hope our donation will bring some relief to those impacted by the storm, especially those hardest hit in New Jersey and New York," says Margarita Flores, vp of community affairs at Anheuser-Busch.

Helping communities cope with disasters has been an Anheuser-Busch tradition since 1906 when the company made a donation to victims of the San Francisco earthquake. Today, in addition to providing monetary support, Anheuser-Busch packages fresh drinking water and donates it to emergency relief organizations for distribution to those in need. Since 1988, Anheuser-Busch has donated more than 71 million cans of emergency drinking water following natural and other disasters.