The DEW does 'Dark Knight' packaging 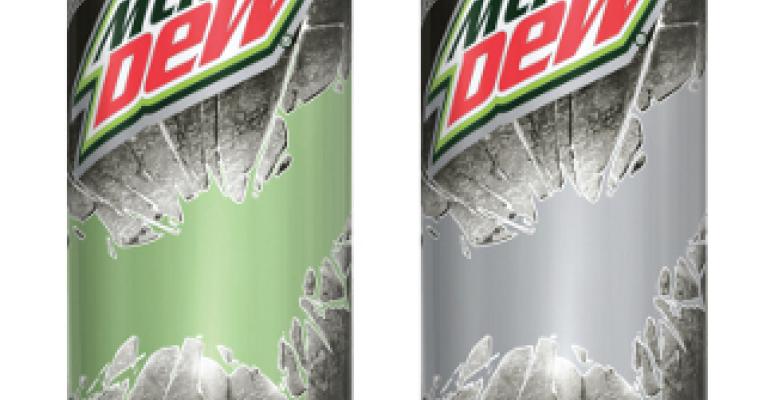 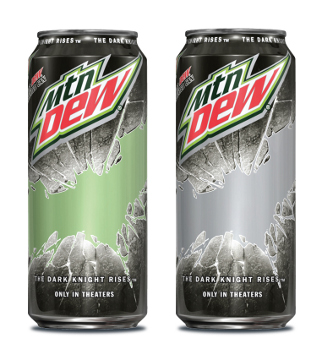 Mountain Dew (DEW) confirmed its partnership with Warner Bros. Pictures' and Legendary Pictures' highly anticipated summer blockbuster "The Dark Knight Rises" with activations that will quench the thirst of both DEW and Dark Knight fans.

Luring fans deep into Gotham City through an exclusive digital experience, DEW will unveil exclusive content and storylines from "The Dark Knight Rises" to eager fans before the film's opening day, July 20. And DEW itself will take a dark spin—with a Dark Knight graphic takeover of base packaging and temperature-sensitive cans that change when chilled, to Mtn Dew Dark Berry, a new limited-edition mixed berry flavor inspired by the Caped Crusader.

"Mountain Dew is all about fueling passion and that is what this partnership is based on," says Brett O'Brien, vp of marketing for Mountain Dew. "You'd be hard-pressed to find more passionate fans than those of DEW and The Dark Knight franchise. Our goal is to offer those fans unique experiences—from package and product innovation to exclusive content and access that only DEW and Batman together could provide."

Mountain Dew's "The Dark Knight Rises" 360-degree campaign will include:

• Select 16-oz cans of DEW will receive a face-lift of the thermochromic variety. The special cans will use thermochromic ink to feature a bat symbol that transforms to the distinctive green color of DEW when chilled. The limited-time 16-oz cans will hit shelves in mid June.

• The unveil of DEWGothamCity.com, an online destination designed to give fans unprecedented access into the world of "The Dark Knight Rises," including exclusive sneak peeks of movie content and storylines. The experience will launch June 18.

o Fans that participate in the DEW Gotham City experience and enter product codes from 20-oz and 2-liter bottles, 12- and 24-packs, and Fountain Cups will earn points to redeem for DEW or "The Dark Knight Rises" gear or for sweepstakes entries for a chance to win exclusive prizes.

• Diet Mountain Dew driver, Dale Earnhardt Jr., will give (and get) a first taste of the Dark Knight. Members of the DEW Crew, an extension of the #88 team fueled by Diet Mountain Dew, will be asked to vote to select which of four Dark Knight paint schemes will appear on Dale's #88 Chevrolet this season. Voting begins at www.dewcrew.com on May 12.

More information regarding the brand's partnership with "The Dark Knight Rises" will roll out in the coming weeks. In the meantime visit www.facebook.com/mountaindew or follow @mtn_dew on Twitter.