Drug delivery with ease and comfort 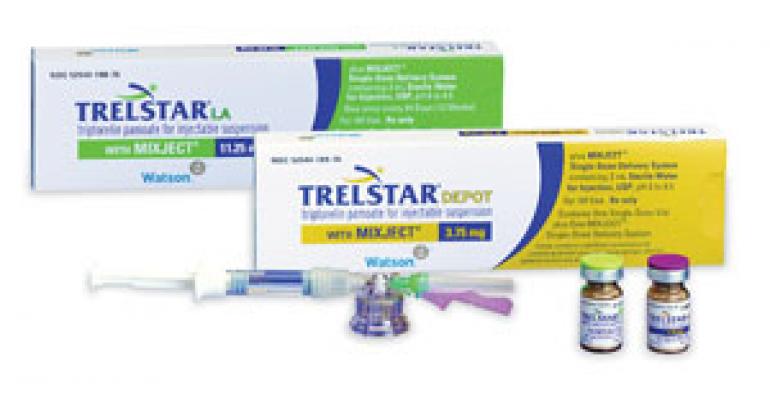 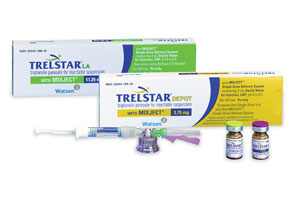 To preserve drug efficacy in shipment and storage, many biotechnology product manufacturer/marketers produce drugs as freeze-dried powders that require reconstitution at the point of use. While most patients leave this job to doctors or skilled nurses, it can be time consuming. And, many of these drugs are being distributed to the home market today.

One drug that must be reconstituted by physicians is marketed by Watson Pharmaceutical, a Corona, CA, specialty pharmaceutical company that develops, manufactures, markets and distributes brand and generic pharmaceutical products.

The mission of Watson Urology is to offer products and services that improve the quality of patients' lives, and satisfy the needs of physicians who specialize in the diagnosis, management and treatment of urological disorders. Helping to make life more livable for prostate cancer patients, and less complicated for the medical industry, Watson now offers a special drug-delivery device for the freeze-dried drug Trelstar® (triptorelin pamoate for injectable suspension), a Swiss-made product from Debiopharm Group, sold worldwide. 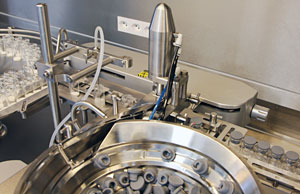 Watson describes the drug as primarily used in hormone-dependant prostate cancer treatment. To market Trelstar in the U.S., Watson formed a paternship with West Pharmaceutical Services in an effort to provide a safe and convenient delivery device for Trelstar.

West's MixJect™ drug-transfer device provides reconstitution by a diluent prior to an injection via a syringe, and is equipped with a single-dose drug vial and a 21-ga needle covered by a shield both before and after the drug is administered, making administration of Trelstar and disposal of the used syringe and glass vial significantly easier and safer for patients and caregivers. The system also includes a plunger rod, a syringe barrel, a vial adapter and the safety cover for the needle shield.

Produced in 3.75- and 11.25-mg doses, the single-dose delivery unit is available for immediate injection with the dry pre-attached needle once reconstituted. The Trelstar drug is approved by the U,S. Food and Drug Administration and carries European CE certification. Its delivery device works with existing drug vials, so there's no need for costly re-registration or capital investment.

In development about six months, MixJect was commercialized in 2003 and was developed by Medimop Medical Projects Ltd., a West Pharmaceutical Services company and market leader for the transfer, mixing and administration of injectable pharmaceuticals. While MixJect can be used for specialty prescriptions, homecare personnel, drugs for chronic conditions and for self-administered drugs, Debiopharm's Trelstar, which is marketed in the U.S. by Watson, is only administered by a physician.

At facilities in Israel, Medimop injection-molds the MixJect device components from medical-grade polycarbonate, with HDPE molded valves and a low-profile lock that reduces fluid path deadspace. It comes preassembled with a syringe needle specified by Watson.

Before handling the components with clean hands, the user is instructed to place the device, which is blister-packed by Medimop in a clear PVC thermoform with a peeleable lid, on a clean, flat surface, remove a 20-mm PP Flip-Off® button (also produced by West) from the top of the drug vial and disinfect the injection site with an alcohol pad, which is enclosed in the outer paperboard carton sourced through Sharp Corp. Next, the user peels away a safety cover on the blister pack, and the device is placed on top of the vial (Debiopharm manufactures the product and ships the vials to the U.S.), using the blister-pack as a holder. The user then seats the device on the vial by pushing down until a spike penetrates a rubber stopper and the device snaps into place. The user then removes the blister-pack and discards it before connecting the diluent prefilled syringe to the MixJect device. Transfer of the diluent to the vial is next, by slowly pushing the plunger all the way in and gently swirling the vial to make sure the product is thoroughly mixed.

The vial can then be inverted as the plunger is slowly pulled back to withdraw the mixed drug from the vial into the syringe. After the vial is removed from the MixJect assembly, the drug is ready for injection.

“The transfer device allows ease of reconstitution and drug administration,” says Glen Zimmerman, associate director of marketing for West. “Watson wanted a safety needle pre-attached to the device. Therefore, we had to consider all of the major active safety luer connection needles (a type of lock) to see which could lend itself to orientation during assembly. We found a configuration that made it possible to assemble the device without impacting the active safety system.” 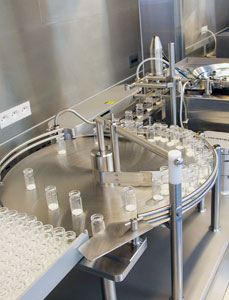 West assembles it into an administration kit containing MixJect, a BD Eclipse safety needle and a WFI diluent pre-filled syringe and ships the kit to contract-packager Sharp, where it's loaded along with an active vial of Trelstar (from Debiopharm) and instructions into an outer paperboard carton.

Provided in two formulations, Trelstar LA (the larger-dose, longer-acting three-month formulation) and Trelstar Depot (the one-month formulation), the drug doesn't require refrigeration and can be stored at controlled room temperatures. The Trelstar formulations will soon include a 6-month version, Watson says. Debiopharm manufactures the drug within clean rooms. Trelstar is terminally sterilized to confer a high level of safety. The freeze-dried suspension of microgranules allows the best biodelivery.

The microgranules are produced and packaged with mostly customized equipment from suppliers such as M&O Perry and Flexicon (for the filling systems), Bausch+Stroebel (for the capping systems) and GEA (for the freeze dryer). Says Yves Galy, logistics and strategic planning director at Debio R.P. S.A., a Flexicon FP-50 liquid filler is used to add suspension media to create the suspension prior to freeze-drying the drug.

“Watson is pleased with the acceptance of the MixJect delivery system, both by physician and nurse customers and patients,” says Joe Elliott, director of marketing-urology at Waston Pharmaceuticals. “The response from patients and physicians has been very positive. The new drug-transfer device is easier to use, doctors tell us, and includes a smaller needle, so there's no insertion into a rubber stopper; the needle safety guard also helps us meet OSHA compliance requirements for disposal of biohazardous materials.”