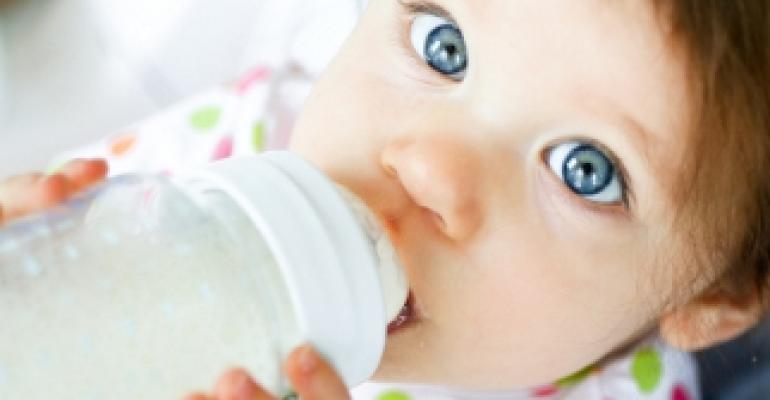 WASHINGTON (AP) - The federal government announced [on July 17, 2012] that baby bottles and sippy cups can no longer contain bisphenol-A, or BPA, the plastic chemical which has been subject to years of scientific scrutiny.

The U.S. chemical industry's chief association, the American Chemistry Council, had asked the Food and Drug Administration to phase out rules allowing BPA in those products in October, after determining that all manufacturers of bottles and sippy cups had already abandoned the chemical due to safety concerns.

It is illegal for companies to use substances not covered by FDA rules.

"Consumers can be confident that these products do not contain BPA," FDA spokesman Allen Curtis said in a statement, adding that the agency's action was based on the bottle industry's phase out of the chemical. "The agency continues to support the safety of BPA for use in products that hold food."

The chemical industry's request may help curb years of negative publicity from consumer groups and head off tougher laws that would ban BPA from other types of packaging because of health worries.

Legislation introduced by some members of Congress would ban BPA nationwide in all canned food, water bottles and food containers. Chemical makers maintain that the plastic-hardening chemical is safe for all food and drink uses.

BPA is found in hundreds of plastic items from water bottles to CDs to dental sealants. Some researchers say ingesting the chemical can interfere with development of the reproductive and nervous systems in babies and young children. They point to dozens of studies showing such an effect from BPA in rodents and other animals.

But the FDA has repeatedly stated that those findings cannot be applied to humans. The federal government is currently spending $30 million on its own studies assessing the chemical's health effects on humans.

About 90 percent of Americans have traces of BPA in their urine, mainly because the chemical leaches out of food and beverage packaging. The vast majority of canned goods in the U.S. are sealed with resin that contains BPA to prevent contamination and spoiling. Canned food manufacturers have used the chemicals since the 1950s. The practice is approved by the FDA.

The federal government has been grappling with the safety of BPA for more than four years. The FDA initially said in 2008 that the trace amounts of BPA that leach out of food containers were not dangerous. Then in 2010, the FDA revised its opinion and said there is "some concern" about the chemical's impact on the brain and reproductive system of infants, babies and young children. Earlier this year the agency denied a petition from the Natural Resources Defense Council which would have banned the use of BPA in all food containers. The agency said it is awaiting results from federally-funded studies on the safety of BPA.

Public safety advocates said Tuesday that FDA's action on baby bottles and sippy cups would have little impact, since the BPA-containing products are no longer in use.

"Once again, the FDA has come so late to the party that the public and the marketplace have already left," said Jason Rano, of the Environmental Working Group, which is pushing for a BPA ban in cans of infant formula, food and beverages. Scientists pushing for a ban on the chemical argue that BPA mimics the effects of the hormone estrogen, interfering with growth and development.

Copyright 2012 The Associated Press. All rights reserved. This material may not be published, broadcast, rewritten or redistributed.