Packaging leads to recipe for success 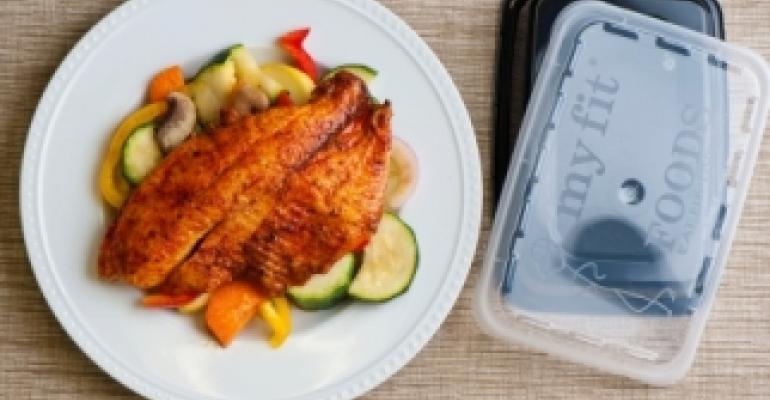 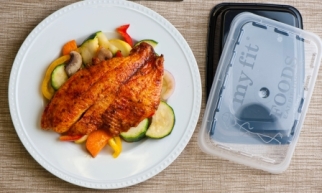 My Fit Foods, based in Houston, has enjoyed a great deal of success since its initial launch in 2004. The provider of healthy prepared meals began in the tiny apartment kitchen of founder/owner Mario Mendias and has since grown to a multi-state, multi-million-dollar operation with more than 20 locations in Texas and Arizona.

However, until recently, there was one area in which the otherwise successful foodservice firm had a less-than-delicious record: packaging. The lackluster plastic trays holding My Fit Foods' healthful prepared meals had an unfortunate tendency to leak under the lid, and the closure's frequent failures left a bad taste in mouths of many customers.

Through a partnership with Berlin Packaging, My Fit Foods was able to put its meals in packaging that performs according to its functional requirements, and to put more attractive, branded packaging in its customers' hands.

According to Cathy Damon, Berlin Packaging sales manager, the firm's partnership with My Fit Foods occurred in a "roundabout" way.

"We'd had interest from one of their competitors in California," she says. "It wasn't a core packaging that Berlin Packaging sells, and any time we're asked to source something that's not in our wheelhouse, we do quite a bit of research."

The staff at Berlin Packaging looked into various materials, packaging configurations and other aspects of prepared meal tray packaging. After experimenting with the packaging, they contacted a number of potential clients, including My Fit Foods. When Berlin sent the company some of the material and prototype packaging—sourced from Toronto-based food-packaging specialists CuBE Plastics—they quickly received a response. 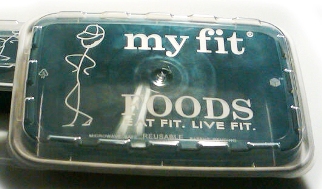 "After we sent My Fit Foods samples, they immediately called a meeting," Damon says. "We told them we could offer packaging with custom-engraved options on the lid; that's something they were looking for with their current supplier but hadn't been able to come up with."

Approximately a year ago, teams from My Fit Foods and Berlin Packaging began collaborating to createprepared meal trays that met a necessarily long list of requirements. This particular packaging needed to be microwave-friendly, freezer-safe, FDA-approved, of superior quality, competitively priced, custom engraved, 100 percent recyclable and-importantly-leak resistant. Damon says one creative demonstration of its packaging helped set the minds at My Fit Foods at ease.

"We filled the package up with water, then dropped it from a ladder," she says. "It didn't break or leak at all. It was an easy sell. The package that we gave them was definitely an upgrade-not only visually, but in terms of form, fit and function as well."

The new packaging includes polypropylene food trays (rectangular 12-, 16- and 28-oz sizes, and one 17-oz tray) with custom-engraved lids. Each of the components is microwave- and freezer-safe, recyclable, stackable, reusable and leak resistant. The items are manufactured in Canada, then sent to My Fit Foods for filling. 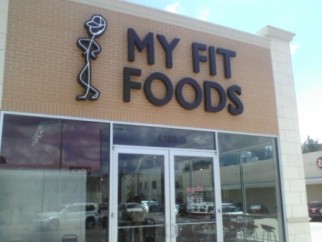 From the time Berlin Packaging first began its dialog with My Fit Foods, until the time the new trays first hit the stores, the packaging production process went through a great deal of trial and error. Damon says both parties knew to accept a few bumps in the road along the way as necessary to the design process.

"With every product launch, you're going to have glitches—if there weren't problems with supply occasionally, we wouldn't exist. However, a problem isn't a problem to the people at My Fit Foods—it means it's an opportunity, and a sign that it's time to change their business. That's how a business grows," she says.

One of the challenges Berlin Packaging had to deal with: the company normally doesn't deal with distributing products in the foodservice industry. Because My Fit Foods was a full-service kitchen with its own retail location, it had in the past purchased its packaging products from traditional foodservice distributors. Damon says, "When we first started talking to My Fit Foods, there wasn't enough room for an additional distributor in our price structure. It turned into a somewhat difficult situation, because Berlin Packaging couldn't figure out how to distribute to all the My Fit Foods locations."

According to Damon, the distribution challenge turned into a number of opportunities. My Fit Foods ended up leasing its own warehouse, setting up its own branded delivery trucks and started buying more non-perishable items, so that its retail locations essentially started doing their own distribution.

"This meant My Fit Foods was actually able to enter into a better buying scenario, and save money overall," she says. My Fit Foods' new enhanced packaging began shipping at the end of July 2011, and it landed in customers' hands in August.

"Prior to our relationship, we worked with nearly everyone on the block, between brokers and container companies, directly," he says. "We tried very hard to find a company that had some faith in us so that we can grow. I am very happy to know that we found that company."

Damon says My Fit Foods is a somewhat unique packaging customer, in that it's willing to try new things and make quick decisions-part of the reason for the company's success.

"I've been in this business for eight years, and I've dealt with all types of customers and prospects," she says. "My Fit Foods is different in every way. Their people are young at heart, and extremely innovative-they pulled the trigger in situations where other companies would want to sit there and analyze every single angle. It's so refreshing because it's much more rewarding, financially and creatively, when one of your customers tends to react very quickly."

Damon says Berlin Packaging has approximately eight new projects in the pipeline with My Fit Foods, some of which aren't even packaging related. Items include customized display cases, zipper backs, promotional items, new healthy food items and more. Additionally, the company recently opened kiosks in various H-E-B supermarkets, offering the company's healthy meals. She adds that the relationship between My Fit Foods and Berlin Packaging continues to be characterized by growth-and a willingness to try new and different things.

"I was called in because the folks at My Fit Foods wanted to see us for a new item they were considering," she says. "I took one of my new hires, so she could see how our company discusses new projects. The My Fit Foods CEO called in five of his employees, because he felt everyone in the room was necessary to make this project a success. We left that office, and everyone had their marching orders. We quickly made decisions in the room that would have taken some companies months. That's why they've had so much success."