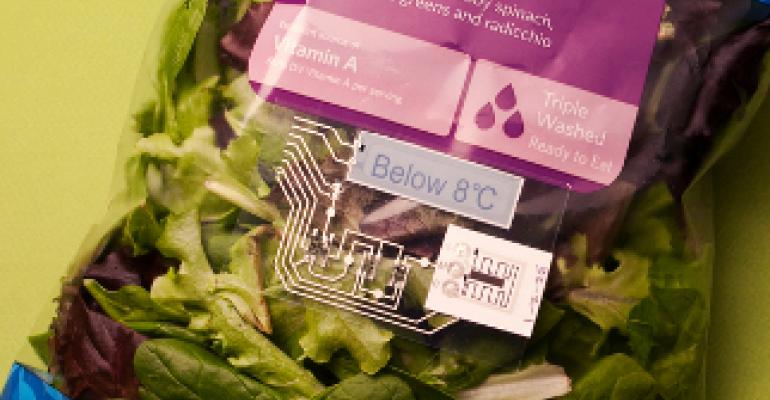 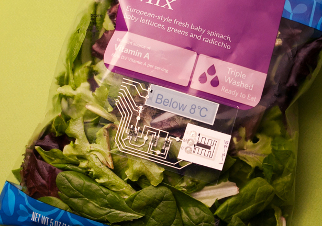 Thin Film Electronics ASA, the pioneer of printed electronics, announces it has built the world's first self-contained, integrated electronic tag system made through printed electronics. The stand-alone system will power Thin Film's Smart Labels that bring intelligence to everyday objects. Businesses will be able to reap significant new operational efficiencies not possible before, including the ability to store, process, and communicate local information to make ordinary objects aware of their environment.

"In 2012 there were 5-10 trillion perishable items in the world," says Davor Sutija, CEO of Thin Film. "Thin Film´s Smart Labels bring intelligence to everything and become our agents, gathering actionable data, and displaying it when we need to get involved, for example tracking the temperature of perishables in real-time. Adding just one percent to the retail value of industry segments like perishable goods, medical products and disposable goods is a $100 trillion opportunity. And this is just scratching the surface."

It is predicted that the flexible and printed electronic market will be worth $20 billion by 2020 and the Internet of Everything is anticipated to be an $8.9 trillion market by 2020. The market opportunities scale not by the number of people in the world, but by the number of objects in the world. Delivering a scalable, commercially viable smart label will enable the Internet of everything and change the way people interact with the world.

The intelligent system is self-powered by batteries and is equipped with a temperature sensor, rewritable memory, and display. Because the system is produced by printing it on to plastic films, it costs just a fraction of the price of the silicon based alternative. Possible uses of the Smart Labels could include:

Pricing and availability
Thin Film Smart Label will be priced at competitive price of US 30-50 cents per label and varies based on volume. With the demonstration of the complete, closed system, Thin Film is ahead of schedule for delivering commercial samples of the Smart Label in early 2014. Thin Film´s high-definition printing facility in Linköping, Sweden will have the capacity to print up to 50 million integrated systems annually.