Can Printed and Recyclable Electronic Technology Truly Help Save the Planet? 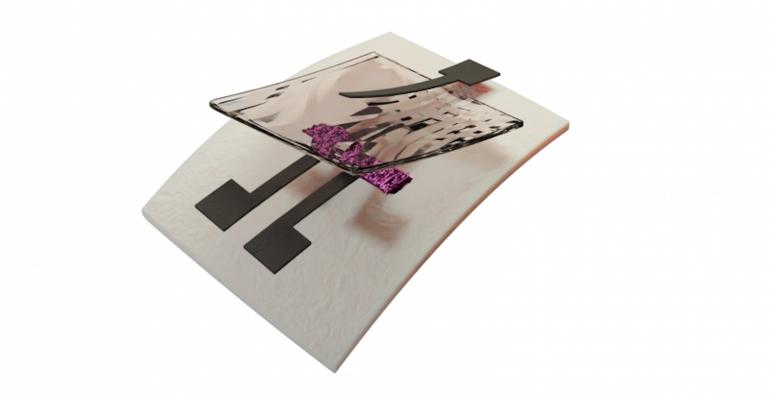 A team from Duke University hopes the technology will help alleviate the problem of electronic waste with recyclable printed transistors.

Many researchers think printed electronics are the way forward to achieve goals for the flat and flexible form factors for emerging electronic devices. Now engineers at Duke University have gone one step further and developed a printed, electronic device that also is fully recyclable, an invention that can potentially reduce the amount of waste created by modern electronic devices.

A team led by Aaron Franklin, a professor of electronic and computer engineering at Duke, used three carbon-based inks to develop a transistor to fight the ever-growing and critical problem of electronic waste. Such waste is rapidly filling landfills around the world.

Part of the problem is that electronic devices are difficult to recycle, researchers said. While scraps of copper, aluminum, and steel can be harvested and recycled by workers at large plants that hack away at devices, the silicon chips that comprise most devices cannot, they said.

Franklin said he is realistic, knowing that silicon-based components and the type of electronics currently in use won’t go away any time soon. However, with recyclable electronics, at least some of their waste problem can be mitigated if viable alternatives are found.

“We hope that by creating new, fully recyclable, easily printed electronics and showing what they can do, that they might become widely used in future applications,” he said in a press statement.

Indeed, a transistor is a relatively complex computer component used in devices such as power control or logic circuits and various sensors. By demonstrating a fully recyclable, multifunctional printed transistor first, Franklin said he hopes it will be a first step toward the technology being commercially pursued for simple devices, such as environmental sensors in green buildings or biosensing patches for medical use.

Researchers achieved their design with carbon-based inks comprised of carbon nanotubes for the semiconductors of the device and graphene inks for the conductors, they said. The inks can be used in an aerosol jet printer and printed onto paper or other flexible, environmentally friendly surfaces.

These materials are already used in the production of printed electronics, Franklin acknowledged. However, to make the fully functional transistor that they printed recyclable, the team developed a wood-based insulating dielectric ink called nanocellulose, a biodegradable material already widely used in packaging, he said.

However, though nanocellulose is no stranger to material scientists, “nobody has figured out how to use it in a printable ink before,” Franklin said in a press statement. This is one of the keys to not only creating a recyclable device but also one that functions as expected, he said.

How his team did this was to develop a method for suspending crystals of nanocellulose extracted from wood fibers. They then sprinkled them with a common household item—table salt—to create an ink that performs well as an insulator for their printed transistors, researchers said.

Researchers used the three inks they produced—one made of carbon nanotubes, one of graphene, and the one created from nanocellulose--in an aerosol jet printer at room temperature to produce the all-carbon transistors. In tests, the devices performed well enough for use in a wide variety of applications even for six months after they were initially fabricated, researchers said.

Once viability for use was achieved, the team set about to prove that the devices could be recycled. They submerged the transistors in a series of baths and gently vibrated them with sound waves, centrifuging the resulting solution. Researchers were able to sequentially recover the carbon nanotubes and graphene with an average yield of nearly 100 percent, they said.

The team published a paper on its work in the journal Nature Electronics.

Not only do researchers report recovering two of the original materials, but they also said they could be reused in the same printing process without a significant loss of performance. And because nanocellulose is derived from wood, it can be recycled along with the paper it was printed on, researchers said.

“Recyclable electronics like this aren’t going to go out and replace an entire half-trillion-dollar industry by any means, and we’re certainly nowhere near printing recyclable computer processors,” Franklin said in a press statement. “But demonstrating these types of new materials and their functionality is hopefully a stepping stone in the right direction for a new type of electronics lifecycle.”