Farmers and grocers think outside the wax box 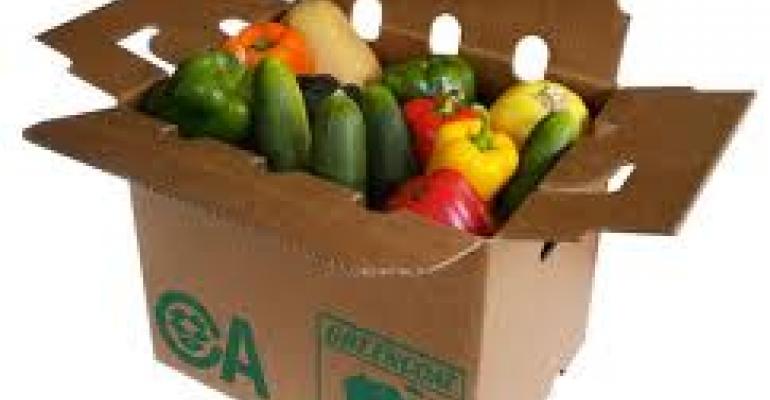 Farmers and grocers are thinking outside the box -- the wax-lined box, that is. 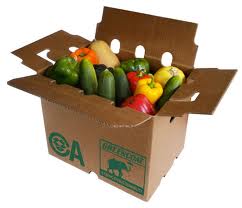 The produce industry -- which uses tons of the nonrecyclable paraffin-coated cardboard boxes each year to ship fresh fruits and vegetables all over the world -- is weighing a greener, wax-free option.

It was a test run to see if an unwaxed box could withstand the hefty cooling process involving ice and water that's required of lettuce and other vegetables.

The effort was spearheaded by Global Green USA, a California-based nonprofit that works to reduce waste and address global warming.

"It's way way doable," said Ceasar Garcia, who oversees quality control for Lakeside. "We need to change something because we can't reuse the wax box."

The agriculture industry has used a mix of cardboard boxes for nearly a decade, including wax-lined and those made of recyclable materials. Growers regularly ship produce in plastic containers or wood pallets that can be reused.

However, there are circumstances, roughly 5 percent of the time, which demand the use of a wax-coated box because of its strength and ability to handle the ice and water needed to keep perishables fresh over long distances such as trips to the East Coast.

Industry leaders say even that small percentage adds up to nearly 1.5 million tons of boxes getting hauled off to landfills each year.

Garcia of Lakeside Organic Gardens said his company spends at least $250,000 each year on dumping nonrecyclable vegetable boxes in the landfill.

Sarah Owens of New Leaf Community Markets said the cardboard boxes fresh produce arrives in is one of the store's biggest sources of waste. Store officials wholeheartedly support the use of materials that can be reused or recycled.

"It's great for the industry and it's great for the environment," Owens said. "We would love to see more of this."
Annie White of Global Green said durability and cost are key factors to permanently dumping the wax-coated box.
"The price of wax is always increasing," White said. "We think it can be done cost competitively. They'll see savings on the other end without having to go to the landfill.

"We're still in the development stage. It's a nascent, emerging market for growers and grocers."