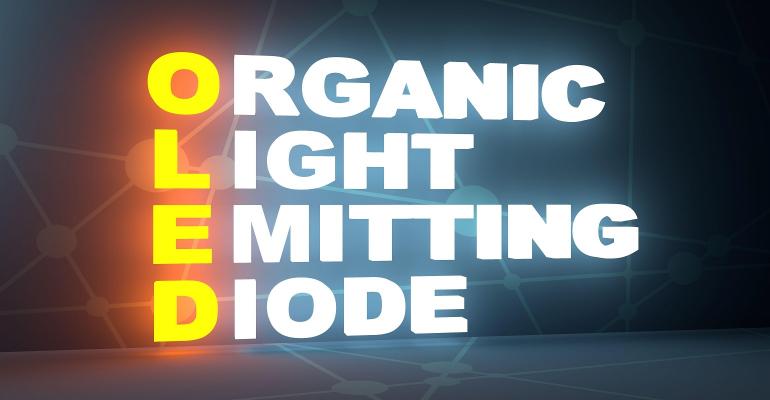 The successful fabrication of an entire device paves the way for low-cost manufacturing and novel uses of 3DP.

Researchers have achieved the first 3D printing of a complete, flexible organic light-emitting diode (OLED) display, paving the way for the fabrication of low-cost OLED displays on commercial printers used at home.

A team at the University of Minnesota Twin Cities used a custom printer to achieve their result, while typical flexible OLEDs—or high-quality digital displays used in TV screens, monitors and smartphones—are typically “produced in big, expensive, ultra-clean fabrication facilities,” said Michael McAlpine, a professor in the university’s Department of Mechanical Engineering who specializes in advancements in 3D printing.

OLEDs have risen in popularity as the display of choice for electronics makers and users alike because they are lightweight, power-efficient, thin and flexible, and offer a wide viewing angle and high contrast ratio.

McAlpine’s team had tried before to 3D-print OLED displays but couldn’t quite get the uniformity of the light-emitting layers right, he said. Other scientists also have used printing as one fabrication method for displays, but needed to use spin-coating or thermal evaporation to deposit certain components and create completely functional devices.

“We wanted to see if we could basically condense all of that down and print an OLED display on our table-top 3D printer,” McAlpine said of the group’s most recent work. However, the printer used in the lab was not the average printer a hobbyist might have at home, but “was custom built and costs about the same as a Tesla Model S,” he said. 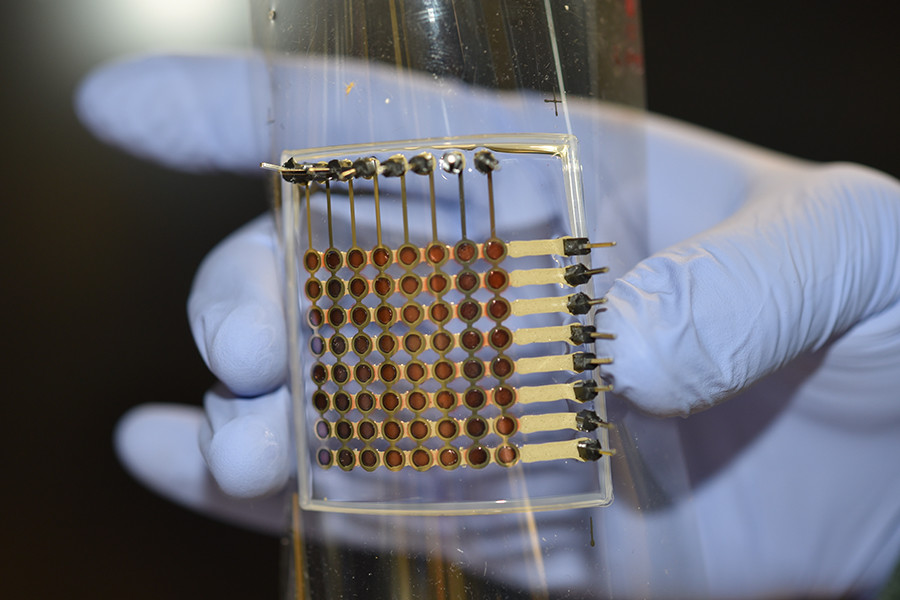 The fully 3D-printed flexible organic light-emitting diode (OLED) display prototype is about 1.5 inches on each side and has 64 pixels. Every pixel works and displays light. The 3D-printed display is also flexible, which could make it useful for a wide variety of applications, such as foldable smartphone displays.

The team combined two different methods of printing to create the six device layers required to print a flexible OLED fully, researchers said. They used extrusion printing to fabricate the electrodes, interconnects, insulation, and encapsulation were all extrusion printed, while the active layers were spray printed using the same 3D printer at room temperature.

The resulting prototype display measured about 1.5 inches on each side and included64 pixels that all functioned properly to display light.

The complete success of the printing surprised even some of the researchers on the team, said Ruitao Su, a 2020 University of Minnesota mechanical engineering Ph.D. graduate who is now a postdoctoral researcher at MIT.

“I thought I would get something, but maybe not a fully working display,” he said in a press statement. “But then it turns out all the pixels were working, and I can display the text I designed. My first reaction was ‘It is real!’”

Features and Future Use

The display the team fabricated was not only flexible but also could be packaged in an encapsulating material, Su said. Moreover, it “exhibited a relatively stable emission” even after more than 2,000 bending cycles,” he said.

These features position it well for use in applications such as wearable technology that requires displays, and flexible device form factors of future devices like smartphones, he said.

Researchers published a paper on their work in the journal Science Advances. Other former MIT students who are now at the Korea Institute of Industrial Technology and Pusan National University in Korea also collaborated on the project.

The researchers said the next steps will be to boost the resolution and improve the brightness of the next OLED displays that they print, McAlpine said.

And while the scientists used a custom, lab-quality printer for their work, it’s easy to imagine a future in which people will be “printing all kinds of displays ourselves at home or on the go within just a few years, on a small portable printer,” he said.