Group works to keep prepared food packaging out of landfills 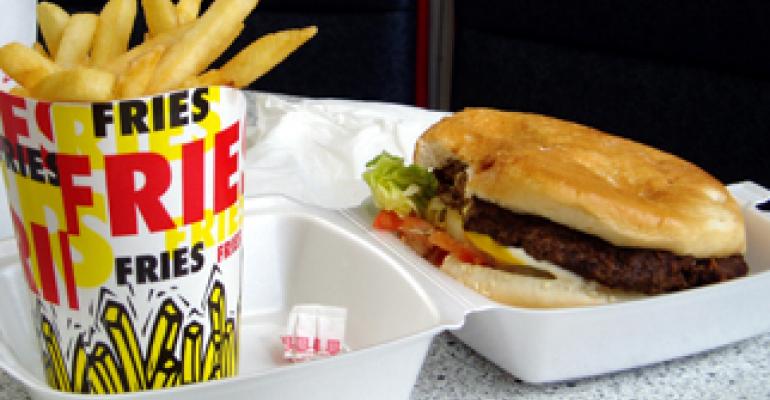 They were joined by recyclable waste collector Action Carting and “urban forester” Pratt Industries, which have collaborated with Western Michigan University to devise a testing method to certify paper products, such as cups, cartons and bags, as recyclable on a scale equivalent to corrugated boxes, the most frequently recycled resource in the United States.

“Many if not most beverage cups, containers, wraps and other packaging contain waxes and coatings that inhibit repulping of packaging,” explained Joel Kendrick. “So that’s why we are using the Fiber Box Association’s Wax Alternative Protocol to certify packaging for purposes of this new effort.”

Annie White from CORR stated: “Food packaging items that can pass a Fiber Box Association Protocol for determining compatibility as recycled feedstocks with old corrugated containers have a value in excess of their collection cost, and shouldn’t be land filled. By designing for recycling and with simple systems for consumer participation in recycling, the nation’s 6 million tons of paper cups, cartons, clam shells, and bags can all be reclaimed and recycled.”

The Manhattan meeting followed a Recyclable Cup Summit arranged by Starbucks at their Seattle headquarters in May. Characterized as a step toward keeping their promise to promote recycling of their iconic coffee cup and other food and beverage packaging, Starbucks’ Jim Hanna announced that a first trial with 15 of the Company’s stores will ask customers to assist by pre-sorting their cups in specially designed receptacles.

Durobag is designing special recyclable paper bin liners in which spent cups can be collected. The bags of spent cups will then be bundled with flattened cardboard boxes. Nightly collections to be carried out by Action Carting company’s supervisors will be taken directly to Pratt Industries Staten Island recycling plant where they’ll be repulped and recycled into new corrugated boxes. “Although we are only in the exploratory stages of this trial with Global Green, we're excited that Starbucks has chosen Pratt Industries' mill on Staten Island to test the runnability and fiber strength of their coffee cups," stated Austin Davey, paper division president, Pratt.