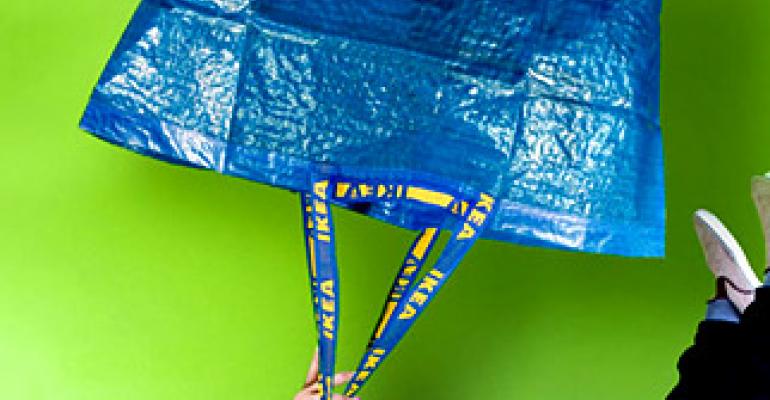 It's been over six months since IKEA said “no more plastic bags” to be offered at IKEA US stores ... only go reusable. And since that time, a lot has happened. According to the company, cities across the country took heed and decided to jump in the bagless effort … or at least started a recycling program.

In March 2007, IKEA became the first major U.S. retailer to discontinue distributing free reusable plastic bags at checkout in all its U.S. stores. Many cities across America have followed suit, placing taxes and bans on disposable plastic bags.

According to the company, cities that are considering or have taken actions to ban retail availability of disposable plastic bags, or institute a disposable plastic bag tax include Philadelphia, San Francisco, Boston, Dallas, District of Columbia, Baltimore, Detroit, Miami, Seattle, Portland and West Sacramento.

Plastic bag recycling centers and collection sites have begun to appear or are planned to begin appearing in retail outlets in cities including Austin, Charlotte, Chicago, Dallas and New York. Los Angeles, Minneapolis, Orlando and San Diego are supporting voluntary programs that encourage use of reusable shopping bags as well as disposable plastic bag recycling.