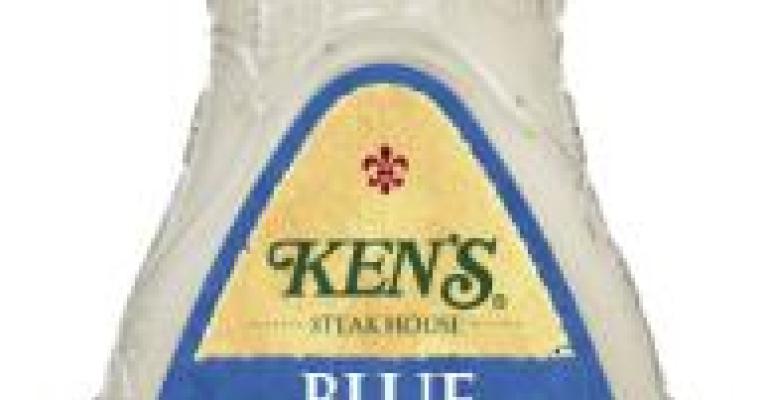 Consumer reporters and advocates have been decrying the proliferation of "cheater packs"—the repackaging of various consumer goods where purchasers receive less product for the same price. Recently, New York Times reporters Stephanie Clifford and Catherine Rampell reported this propagation of less for more, explaining that, "Trying to keep customers from feeling cheated, some companies are introducing new containers that, they say, have terrific advantages-and just happen to contain less product."

Ken's Foods, the maker of Ken's salad dressings, has developed the antidote to the cheater packs. Ken's new 9-oz salad dressing bottle replaces its existing 8-oz bottle, but it is maintaining the same price. In addition, the new bottle is lightweight and made of recyclable plastic, so Ken's salad dressing is greener, but not leaner.

"We held focus groups with our end users," says Bob Merchant, COO of Ken's Foods. "They made it clear that they prefer plastic bottles over glass, and Ken's listens to consumers."

The new 9-oz bottle at the 8-oz. price actually gives the consumer 12.5 percent more dressing for their money. Twenty six varieties of Ken's salad dressings will be "dressed up" in the updated bottles, including its signature Ken's Italian.

In addition to the new plastic container, this change at Ken's Foods also reduces Ken's transportation carbon footprint. Since PET is 50 percent lighter than glass, Ken's Foods can actually put 50 percent more product on its truck, per delivery load.