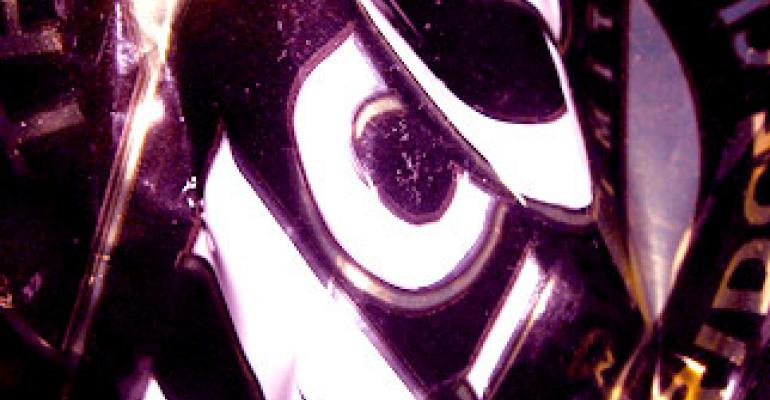 The Flexible Packaging Association (www.flexpack.org) pegs the annual sales of the U.S. flexible packaging industry at $25.6 billion. As the second-largest packaging segment in the U.S., flexible packaging and its disposal are an important part of any discussion about eco-friendly packaging.


The increasing interest in sustainable packaging may, in fact, increase demand for flexible packaging, as it weighs less than many other types of rigid packaging, including metal, rigid PET and glass containers. By using lightweight packaging, e.g., flexible pouches, companies can reduce the amount of fuel used and greenhouse gases emitted during transportation. If the packaging consists of a single-layer flexible construction, it also can be easily recycled at the end of its useful life.

If the spent packaging has a multilayer construction, end-of-life (EOL) options traditionally were limited. “Multilayer packaging is very difficult to recycle because it contains many different polymers,” saysPolyflow Corp. (www.polyflowcorp.com) CEO Joe Hensel. Often, spent multilayer packaging reached a very final end: burned in an incinerator or entombed in a landfill. Neither of these options add to the sustainability or useful life of the packaging.

Hensel's company is working on a technology that will recycle mixed, dirty plastic and rubber waste, sans sorting. “Our process can even take metallized film,” he remarks. The process also does not require metal screws or paper labels to be removed from the packaging before processing.

Using high-temperature anaerobic de-polymerization and chemical reactions, the Polyflow process converts mixed-waste polymers back into monomers that can be sold to petrochemical companies to make polymers. Hensel says the technology could reduce U.S. dependence on foreign oil used for plastic manufacturing by as much as half.

Major products of the Polyflow process are styrene and its precursors, gasoline blendstock and other hydrocarbons. The company says its technology will be able to produce 0.7 tons of light hydrocarbon liquid for every ton of polymer feedstock.

Polyflow does admit that at this stage in development, the concept carries processing costs that are about 10 percent higher than those of a typical major petrochemical company making the same virgin products. Where the Polyflow concept enjoys an economic advantage is the cost of raw materials; Dirty, mixed plastic and rubber feedstock often is available locally, in abundance and carries a low price tag.

Mixed-plastic feedstock, including flexible packaging, also can be found in municipal solid waste (MSW), which is the wastestream that is collected by community and private waste-management services. According to the U.S. EPA (www.epa.gov), more than 30 percent of MSW generated in the U.S. is recycled annually and the majority of the remaining MSW typically ends up in landfills. In its report Energy from Waste: A Wasted Opportunity, the Institution of Mechanical Engineers (www.imeche.org) suggests contrarian thinking when determining the most eco-conscious EOL options for MSW. The group encourages consideration of energy consumed and more greenhouse gases emitted in a product's recycling process before assuming that recycling is the 'greenest' option for MSW. Instead, the group states that MSW “should not be regarded as a problem to be 'dealt with,' but as a valuable resource.”

When MSW is used to provide a fuel source for generating electricity, it is considered by the EPA to be a renewable power source, despite the fact that the mixed waste often contains nonrenewable materials such as flexible packaging. The Energy Information Administration of the U.S. Dept. of Energy (www.eia.doe.gov) states that nonrenewable materials, such as plastics, make up an increasing proportion of MSW, and 44 percent of the energy value of MSW in 2005 was from nonbiogenic sources.

Approximately 89 MSW-fired power plants produce about 0.3 percent (approximately 2,500 mw) of total U.S. power generation, according to EPA data. Several of these facilities are owned by Wheelabrator Technologies, Inc. (www.wheelabratortechnologies.com), which opened its first large-scale, commercially successful waste energy project in the U.S. in 1975. “In the last few years, the same issues that caused the industry to grow 30 years ago have resurfaced: Environmental awareness; rising energy prices; and a lack of readily accessible landfill capacity,” says Wheelabrator vp of public affairs Frank Ferraro. “Concerns over climate change, increasing demand for renewable energy, the push to reduce our dependence on imported oil and communities wanting more local control over the waste disposal have all been stimulating renewed interest in the sector. However, the most significant of these issues has been energy prices and the goal of energy independence.”

As Ferraro describes it as “an indigenous fuel source,” MSW is an abundant, cheap and locally available fuel source for power plants. The latest EPA figures report that more than 229 million tons of MSW was produced in the U.S. in a single year.

To release the energy from the waste, MSW-fired power plants first need to convert the trash to heat. For example, Wheelabrator uses a process that burns MSW at temperatures exceeding 2,500-deg F.

The first part of the company's process is waste collection. Trucks enter a closed reception area and unload MSW into a concrete receiving pit, where overhead cranes transfer the refuse into one of multiple boiler-feed hoppers. Each boiler contains an inclined, reciprocating grate system that slowly moves the MSW through the high-temperature combustion process. Air for the combustion process is drawn from being in a closed reception area. This can help to maintain negative air pressure in the reception area and to prevent the release of odors and dust.


Heat generated by the combustion is used by refuse boilers surrounding the grate systems to convert water in the boiler into high-pressure steam, which is used to turn a steam turbine to generate electricity. The steam also can be used for industrial applications or district heating and cooling.

Research from the Solid Waste Association of North America, [SWANA (www.swana.org)] presented in the paper, “Comparision of Air Emissions from Waste-to-Energy Facilities to Fossil Fuel Power Plants,” by Jeremy K. O'Brien, P.E., quantify the average air emission rates from a U.S. MSW-fired power plant at 837 lb of carbon dioxide/megawatt-hour (mwh) of electricity generated, 0.8 lb/mwh of sulfur dioxide and 5.4/mwh of nitrogen oxides. The same research found that the average emissions rates from U.S. coal-fired generation are 2,249 lb/mwh of CO23 lb/mwh of sulfur dioxide and 6 lb/mwh of nitrogen oxides.

The Integrated Waste Services Association [IWSA (www.wte.org)] boasts that waste-to-energy (WtE) power plants are subject to emissions standards that are among the most stringent in the world and that, under the Clean Air Act, more than $1 billion was invested by U.S. WtE faciliites to upgrade air quality control systems. These systems include selective noncatalytic reduction (SNCR) converters, which change nitrogen oxides into nitrogen by spraying ammonia or urea into hot furnaces; scrubbers, which spray a mixture of lime and water into hot exhaust gases to neutralize acid gases and improve the capture of heavy metals; carbon injection systems, which blow powdered carbon into the exhaust gas to absorb mercury and reduce emissions of trace organics such as dioxins; and baghouses that use multiple fabric filter bags to clear the air of soot, smoke and metals.


Boasting that these controls have resulted in dramatic reductions in emissions, the IWSA states that WtE plant emissions from 2005 represented a dramatic drop of more than 90 percent in several categories, including mercury, cadmium, lead, particulate matter, compared to plant emissions data from 2005.

WtE power often is used to serve electrical power needs that would have been served by fossil-fired facilities. Data from the technical paper, “The impact of municipal solid waste management on green house gas emissions in the United States,” published by the Air & Waste Management Association (www.awma.org) support this claim. Researchers found that producing electricity in WtE plants avoids 5 million metric tons of carbon equivalents (MMTCE) in greenhouse emissions that would have been produced by fossil fuel electrical energy generation and avoid 6 MMTCE in greenhouse emissions if the MSW were landfilled. Therefore, electricity created from MSW-fired plants sometimes is referred to as a “negative emission” power source.

The U.S. is ready to consume this power, as its appetite for electricity isn't expected to wane. In the DOE/EIA-0383(2008) report, “Annual Energy Outlook 2008 with Projections to 2030,” the Energy Information Administration projected that total electricity sales are expected to increase 29 percent from 3,659 billion kw hours in 2006 to 4,705 billion in 2030.

New research on the horizon

As multilayer flexible packaging continues to grow in popularity, the need to explore more end-of-life options becomes more imperative. The Flexible Packaging Association is working with the Battelle Memorial Institute (www.battelle.org) on comprehensive research that will be offered exclusively to FPA members, about the sustainability of flexible packaging. The study, which includes end-of-life scenarios, should be complete in Spring 2009. “The main focus is to understand energy use and energy savings that accrue from the manufacture and use of flexible packaging, with end-of-life being one element to consider in determining the sustainability of a package and product the package holds,” says FPA president Marla Donahue.