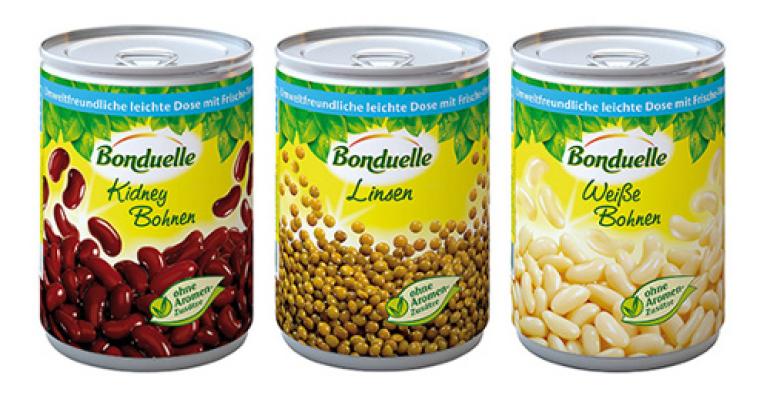 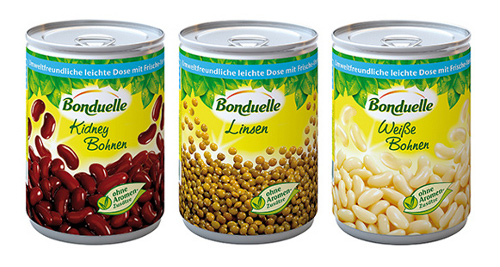 After 10 years in development, Europe's leading vegetable canner, Bonduelle, has launched a new food can that delivers enhanced consumer appeal, together with significant environmental benefits. The packaging from Ardagh Group represents a significant advance in drawn walled and ironed (DWI) can production and processing technology.

In developing a completely new steel can, Ardagh Group has taken DWI food can production technology to a new level. The company has been able to use nitrogen dosing techniques, similar to those used in the beverage industry, for the first time in food canning.

Best in class standards have also been set in lightweighting to provide environmental savings and increase sustainability. Unlike many other materials, metal is 100 percent recyclable. Metal cans are a suitable container for preventing food spoilage and do so without preservatives, refrigeration or freezing.

New design features have also enhanced the can's appeal to the consumer. Beading on the can has been removed to form a more premium look and feel to the packaging. The new sleek surface of the can allows for premium label application or for direct printing onto the can.

A further benefit to the consumer, as identified by consumer research, is the sense of freshness that comes on opening the can, created by the 'psshhtt' sound effect of the vacuum release.

Worth the weight of the Eiffel Tower
The new 400g can uses 15 percent less material than the current best in class can thanks largely to an astounding 43 percent reduction in the can wall thickness. Ardagh estimates that if 1 billion cans were to convert to the new design, the material saving would be equivalent to the weight of metal in the Eiffel Tower. This also translates into a CO2 saving estimated by Ardagh to be in the region of 15 percent.

The introduction of nitrogen dosing in a consistent and controlled way, and how best to accommodate the increased internal pressure upon the can bottom and end also presented a design challenge to the Ardagh team. This was successfully met, and a completely redesigned and re-engineered can is now able to withstand pressures of up to 4.5 bar.

Evolution
The concept for this type of can goes back six years when a pilot line was commissioned at Ardagh's R&D centre in Crosmières, France, based on Finite Element Analysis (FEA) techniques established several years earlier to numerically calculate suitable can concepts and design. The project started in earnest in May 2011 once the first patent was granted, covering both can geometry and shape in addition to the re-engineered easy-open end and new pressure-resistant can bottom.

The Bonduelle cans are made at Ardagh's DWI advanced production facility in Deventer in The Netherlands, and filled at Bonduelle's facility in Vaulx Vraucourt, Northern France. The first application of the stylish new packaging is on Bonduelle's Winter Vegetable range (Red Beans and Black Beans), to be followed by the gradual rollout on other products in their canned vegetable range.

Commercial and marketing director of Bonduelle, Agnes Dion, says, "Through close cooperation with Ardagh, we are delighted to continue Bonduelle's track record of being first to market with new product innovations. This new concept contains so many benefits for the consumer, and is a true success story for sustainable metal packaging."

Investment
Following heavy recent investment in DWI technology throughout the Group, Ardagh confirms that the new style cans are suitable for production at its European production facilities, and that it has successfully carried out tests on cans for other food products.