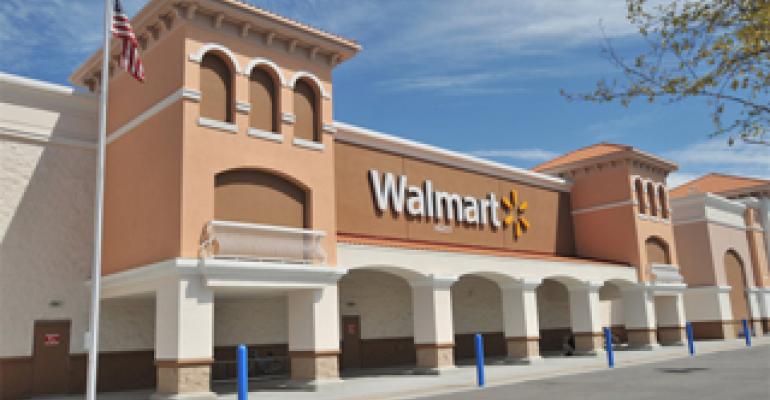 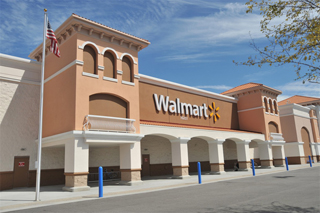 Small changes can have a big impact, especially when those changes are scaled across Walmart's global supply chain. In a parade of success stories told at Walmart's seventh annual Sustainability Expo held this week in Rogers, AR, representatives of the retailing giant and its suppliers related the impact that minor changes have made, especially in such areas as material usage and reduced transportation costs.

The expo drew nearly 2,000 participants and 190 packaging exhibitors to Walmart's home base in northwest Arkansas. Ron Sasine, Walmart's senior director of private label packaging, says the annual event showcases the progress the company has made toward its sustainability goals, gives packaging suppliers an opportunity to display their latest technology that can contribute to sustainability and educates Walmart's large force of product buyers while giving them a chance to interact with consumer packaged goods companies on packaging issues.

Walmart has long been recognized as a driving force in packaging sustainability, championing ideas such as the Walmart Scorecard, which rates the sustainability attributes of packaging. The scorecard is still in use, Sasine says, "but there is so much more going on. We can't get in one place and stay there. The company is giving us room to innovate for sustainability."

Walmart buyers, who have responsibilities for choosing the multitude of products the retailer sells, also have considerable influence on how those products are packaged and displayed, Sasine says. For the first time, he adds, each buyer is being given sustainability goals for the product lines they represent. "These goals will require buyers and suppliers to work together to identify, prioritize and execute projects that will drive additional efficiency improvements and cost savings," Sasine wrote in a recent blog.

One CPG presenter at the expo commented that Walmart buyers increasingly are using information gleaned from the scorecard to help them make their purchasing decisions. In several cases, clusters of CPG packaging representatives were seen accompanying Walmart buyers through the exhibits.

Among the many success stories, Sam Wilson of Walmart's Apparel Group related how his team had found a way to change the die line and folding to make more efficient use of corrugate sheets for the boxes that hold the 35 million pairs of shoes the company sells each year. Those changes, he says, resulted in $1.1 million savings in packaging costs, a reduction of 8.1 million pounds in solid wastes and it took 157 truckloads off the highways.

Smithfield Foods, a major supplier of case-ready pork sold in Walmart stores, showed how that was able to improve their packaging by separating stacked trays with an absorbent slip sheet in a mother bag. This allowed them to reduce the size of secondary case, which allowed more cases to be shipped in each truckload. This load optimization was said to save $473,000 in costs and reduce trucking distance by 693,000 miles over the last year. 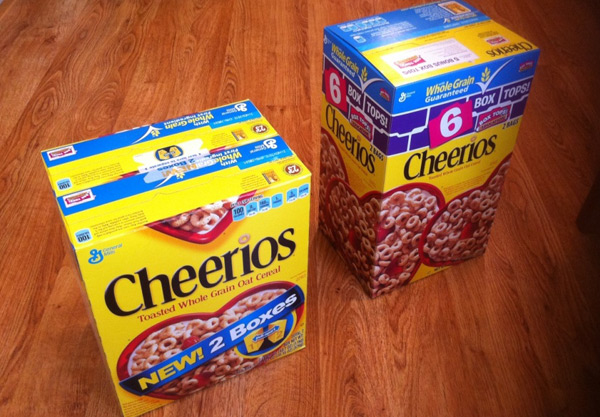 A General Mills representative showed how that company was able to make changes to their cereal product being sold in Sam's Club that may not be so intuitive. The company switched from a single large box with one bag of cereal inside to two boxes linked together with two bags inside. General Mills says they were able to shorten the boxes, increase the packaging fill to 92 percent from 78 percent, and still decrease the amount of packaging used. The new packaging, they say, delighted cereal consumers who found the single, large boxes and bags difficult to store.

Prior to the expo, Walmart also had a meeting of its Packaging Supplier Value Network (SVN), which brings together leaders from the retailer, supplier companies, academia, government, and non-governmental organizations. At that meeting, the emphasis was on making packaging sustainable, but using it to make Walmart's operations more efficient.