The Packaging Conference in brief 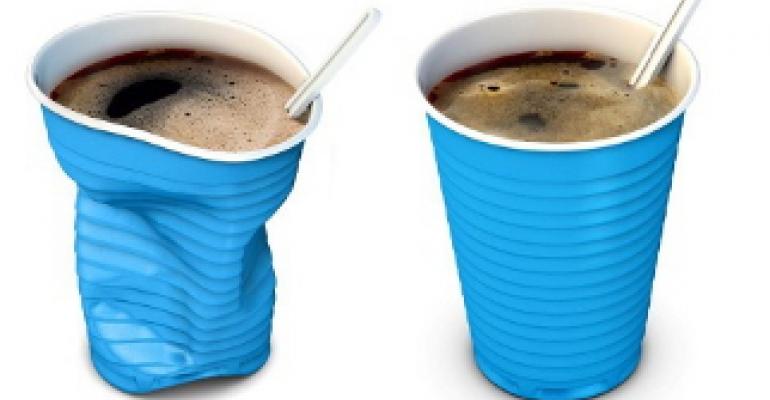 The Packaging Conference in Atlanta February 4-6 attracted 28 exhibitors and more than 230 attendees that included me. The three-day run was characterized by stimulating presentations and several energetic speakers and content that centered on technology developments and trends, especially those that related to sustainability. And an added dose of a marketing and package design inputs complemented by Big Picture views of economic/energy-related trends to round out the coverage.

Several highlights among many that caught my attention:

ZipBox, a joint development of Zip-Pak and T.H.E.M., revealed that it is looking at new liner materials and a plastic box. It is also developing with ITW Hartness a 100+ containers per minute packaging machine to meet end user requirements for higher output packaging. Introduced at Pack Expo Las Vegas 2011, the hybrid format combines the resealability of Zip-Pak technology with the basic utility of a carton.

A new film qualification process from Mondelez (Kraft) cuts the development and turnaround time from 6-12 months to 3-5 weeks using methodology that identifies and isolates failures and applies and scales globally.

Richard Blanchard, Diageo director packaging technology, noted that the company's relative spend on packaging is 75% glass and just 7% PET with the balance other materials while providing a frank assessment of these two packaging formats the premium spirits producer relies on.

Blanchard solicited in rhetorical fashion the desire for a truly rigid, premium-feel clear polymer bottle that is the same weight as conventional PET bottles and at the same economics as glass. Any takers?

Also, the company is looking to reduce the weight of its glass bottles by 15-20%.

There was an interesting presentation on the Absolut Unique bottles by Fredrik Kallqvist of the Ardagh Group that augmented information found in Packaging Digest's January 2013 cover story on this amazing development. Some points he made:

The Absolut Unique campaign could have made 94 quintillion different combinations; the bottles are recyclable because the organic coatings and inks burn off; per-bottle costs were only a little more than a sleeve label. In responses to questions, he also noted that while the Absolut Unique process produced very beautiful bottles and also some ugly ones, they did not segregate any less-than-appealing designs that resulted from the controlled random process simply because "beauty is in the eye of the beholder."

I couldn't agree more, though I also believe consumers will by default make that decision as it relates to any bottles left on shelf.

The Unique bottle is a nearly impossible act for Ardagh and Absolut to follow and it was stated that Absolut does not repeat a campaign, so the Absolut Exposure program launched in January reportedly uses the groundbreaking technique of using photography in bottle printing. 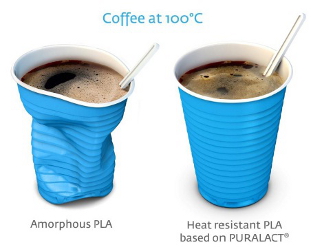 As one example of the strong sustainable component to the event, Francois de Bie, marketing director of Purac, The Netherlands, disclosed the company's work in developing in high-value polylactic acid (PLA) homopolymers, PDLA, that exhibit crystallization that increases the polymer's heat-resistance (to 100 deg C) and other properties (see photo at left). These include versions of PLA that are microwavable and dishwasher safe for applications from consumer goods to utensils to food packaging.

One Purac innovation was for PLA foam pellets as an alternative to EPS (expanded polystyrene) pellets while another, for high-heat PLA films (around 225 deg C), is under development.

These examples just scratch the surface of an event that provided insightful content across the supply chain from converting through distribution.