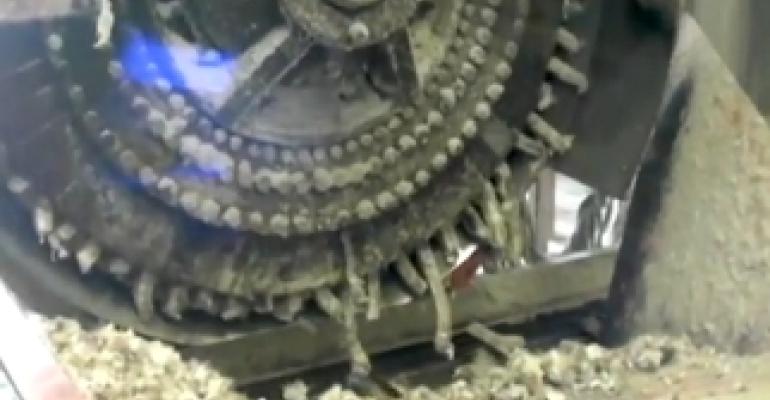 Two separate reports conclude that American's waste—including discarded packaging—can be put to better use, by diverting materials that are currently sent to the landfill for recycling or energy recovery as an alternative fuel.

1. Non-recycled waste can be energy source 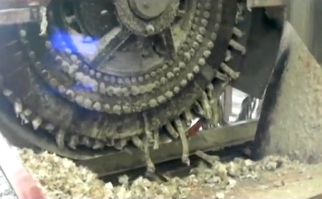 The American Chemistry Council (ACC) and University of Texas at Austin have released a study reaffirming the value of everyday waste as a clean, abundant, affordable source of domestic energy.

The study, completed by Michael Webber, Ph.D, and his team of university researchers, demonstrated that fuel engineered from non-recycled plastics and other materials could successfully power a cement kiln located in Texas. The research showed that fuel engineered from waste could serve as valuable fuel for not only cement kilns, but potentially for other energy intensive commercial and industrial operations.

Webber's research reaffirms the benefits of energy from waste. In the case of the fuel developed and used in the study, the energy content surpassed that of some forms of coal. The team found that if only 5 percent of unusable materials from recycling facilities were diverted from landfills to energy recovery, it would generate enough energy to power approximately 700,000 homes annually. At the same time, the study claims the reductions in carbon emissions would be equivalent to removing one million cars from U.S. roads, and there would be significant reductions in sulfur emissions.

"In this case, one person's trash truly is another person's treasure. Americans send tons of waste to landfills each and every day, meaning that one of America's most abundant and affordable sources of energy ends up buried in landfills," says Cal Dooley, president and CEO of ACC. "It's time we got smart and made energy recovery a central part of America's energy strategy."

"The combination of environmental benefits, emerging science, and economic opportunity make recovering energy from waste an opportunity that we can't afford to ignore," Webber says.

The engineered fuel that is the subject of Webber's latest research represents one of many promising methods being developed to harness the energy from waste. The field of energy recovery is one of the major parts of ACC's "From Chemistry to Energy" campaign.

To learn more, visit www.chemistrytoenergy.com or click here to watch a video. 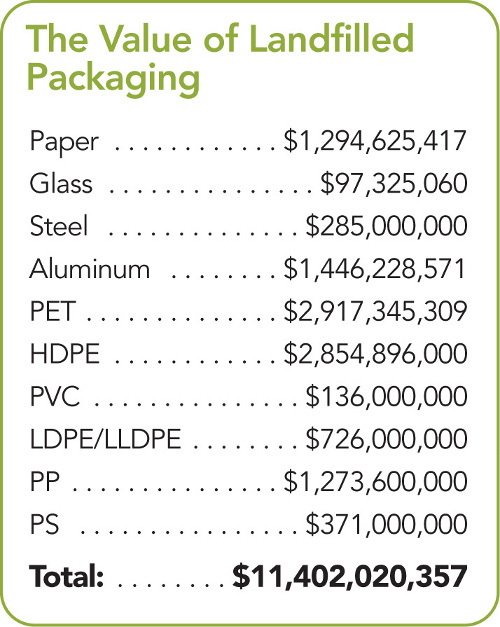 American business should stop throwing away billions of dollars of valuable packaging materials and take responsibility for recycling these post-consumer materials, according to a report released by As You Sow, a nonprofit organization promoting corporate responsibility. The report highlights how lagging U.S. packaging recycling rates result in market inefficiencies and unnecessary strain on our economy and the environment.

Packaging comprises more than 40 percent of the U.S. solid waste stream, and most of the materials are said to be recyclable. Findings in the report include an estimate that the value of wasted, recyclable consumer packaging materials exceeded $11 billion in 2010.

The report, "Unfinished Business: The Case for Extended Producer Responsibility for Post-Consumer Packaging," was released by As You Sow.

The group also details how shifting financial responsibility from taxpayers to producers through a policy known as "extended producer responsibility" (EPR) can lead to profits in processing used materials, reductions in carbon emissions and energy used to produce packaging, and thousands of new "green" jobs in collection and processing.

"Americans throw away more materials than any other country," says Conrad MacKerron, senior program director at As You Sow and author of the report. "This used to be a sign of economic progress, but in an age of declining natural resources, such waste is now an indicator of inefficient use of valuable raw materials and market failure. It's simply not good business to throw away billions of dollars of reusable resources."

He notes that at least 47 countries require producers to bear some or all of the cost of end-of-life packaging management, which in the U.S. has always been paid for by taxpayers. The report profiles successful implementations of EPR for packaging in Europe and Canada, and in the U.S. for product categories including batteries, paint, pesticide containers, and electronics—but not packaging.

The report outlines why companies should take responsibility for post-consumer packaging as part of their ongoing sustainability policies. It argues that packaging represents the next great opportunity for producer responsibility because raw materials—such as the petroleum, minerals and fiber used to make much consumer packaging—are projected to become increasingly scarce.

The report also finds that efficiently designed and administered EPR laws would resolve many of the concerns identified with packaging recycling by:

"State-of-the-art mining of our post-consumer packaging ‘trash' is a crucial step to propel us towards sustainable production and consumption policies that will ease the stress on our planet's limited natural resources," says MacKerron. "It's good business sense and basic common sense."

Source: As You Sow