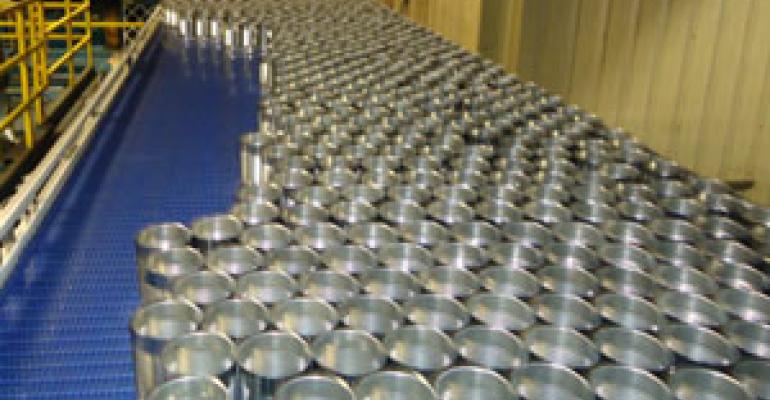 Leading North American metal can manufacturer Silgan Containers has completed three power reduction projects at its plant in Sacramento, CA, that have not only resulted in dramatic savings in electric power usage for the first year of the new system operations—but will continue in subsequent years and for the foreseeable future.

In its third and most recent phase of energy consumption cuts, Silgan focused on the use of vacuum throughout the facility. But earlier changes to its manufacturing systems began in 2010. These changes, which significantly reduced the plant's electric power consumption, were encouraged by the Sacramento Municipal Utility District (SMUD).

It has been a win-win situation for everyone: The modifications reduce Silgan Containers' power costs, help SMUD by reducing the utility's need to expand generating capacity. This also benefits Sacramento by helping reduce power plant emissions as power needs for the equipment decline.

In early 2011, plant management consulted with Air Perfection Inc., an industry leader in the field of compressed air and vacuum systems to explore an alternative to those pumps. 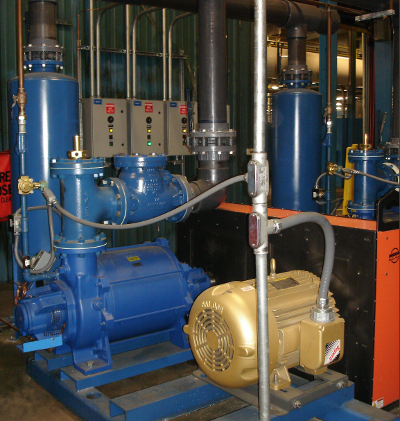 Subsequently, the plant has replaced its two existing 100HP (horsepower) mechanical screw pumps with three 75HP Vectra XL 250 Liquid Ring vacuum pumps from Gardner Denver Nash. These pumps—each able to move 1,100 to 1,800 cubic feet per minute (cfm)—operate with a single moving part, a rotor that moves air with a minimum of friction compared to the mechanical screw pump. This dramatically reduces both power demand and wear, giving the pumps a long working life with minimal maintenance requirements.

"In addition to having high power requirements, mechanical screw pumps require lots of maintenance," points out Jim Moses, plant manager, "and they require frequent lubrication. The Nash rotary pumps experience very little wear, and are water-cooled, which controls pump temperature, and reduces the expansion and contraction that can cause wear."

The Nash pump's use of a rotary vane rather than a screw, which also makes it far quieter than the mechanical screw pumps, creates a quieter working environment for plant employees.

To control the vacuum system's power demand even further, Silgan Containers also began installing a shutoff valve on each vacuum port throughout the plant's equipment array, enabling it to completely seal off the vacuum system from those machines when not currently in use, further reducing the work required of the pumps. Currently, Air Perfection has installed valves on 10 pieces of equipment and is completing the installation on eight more.

Silgan Containers originally specified three of the Nash pumps to replace its two mechanical pumps. With the combined advantage of the higher capacity of the new pumps and the shutoff valves that reduce demand, it has found that a single pump produces the vacuum it needs.

Vacuum power reduction results
As a result of these changes, Air Perfection estimates that, when the shutoff valve installation is complete, the new pump and valves will lower annual electric power requirements for the Sacramento plant's vacuum system by more than 50 percent from 1,104,000 kWh to 514,400 kWh, a reduction of 589,500 kWh. SMUD officials recognized this accomplishment in an award ceremony at the plant on Feb. 6, 2012.

Despite the installation of new equipment, the saving was accomplished with no change in the plant's overall productivity, and also no production downtime during the changeout of the pumps.

"Air Perfection was very good about cutting the system over to the new units with no interruption in production," Moses says. 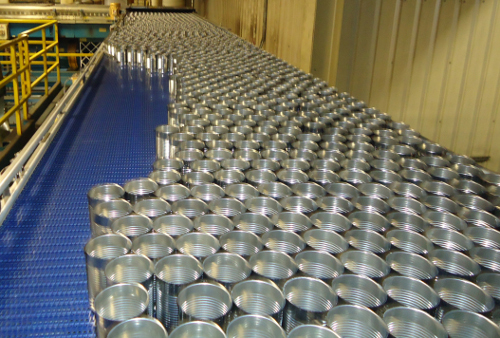 Other power-reduction projects
The vacuum system project is the third power reduction initiative that the Silgan Containers Sacramento plant has completed in recent years. In 2010 and early 2011, it replaced part of its air deck conveying system with mechanical conveyors manufactured and erected by Alltech Engineering Corp.

The replacement involved two phases: replacing an 85-ft section of air deck conveyor with a mechanical conveyor in 2010 and replacing a 108-ft section in 2011. In the first case, the conveying power requirement was reduced from 60HP to 12HP, and in the second case from 60HP to 6HP.

"Air deck conveyors work very smoothly and quickly," Moses says, "but not power-efficiently. The mechanical conveyors serve our needs well, and reduced our electric power need from 774,680 kWh per year to 161,281 kWh. Because of its efficiency in handling cans, we kept the section of the air deck conveying system that moves cans from a 2-ft wide mass grouping into a single lane for further processing." 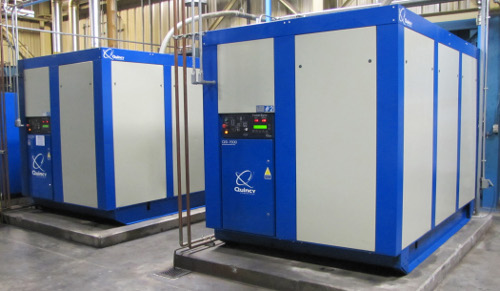 The result was a reduction in annual power usage for the air compression function from 3,246,061 kWh to 2,522,639 kWh electric power demand.

More to come
Currently in the planning stage is a project that will replace more of the plant's air deck conveying with a mechanical conveying system. This will result in a small further reduction in electric power demand at the Sacramento plant.

"These cooperative projects with SMUD have enabled us not only to reduce our production costs," says David Bevan, general manager, technology services at Silgan Container, "but also to fulfill our corporate commitment to be proper custodians of the environment in the communities in which our facilities operate."

Similar projects in other facilities across the company are ongoing, furthering the obvious environmental benefits plus the positive cost savings.