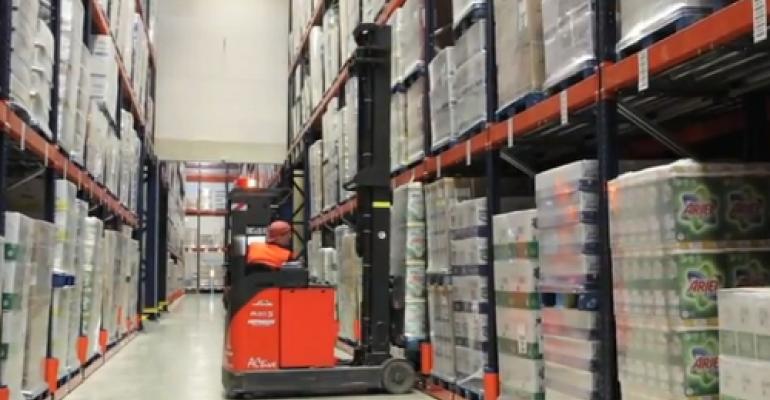 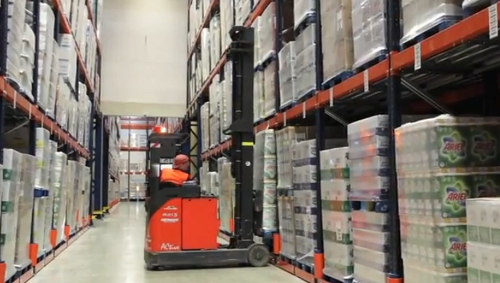 To expand its business in Germany, Austria and Switzerland, Procter & Gamble equipped its distribution center in Crailsheim, Germany, with new pallet-flow storage systems. This technology helped the company substantially increase its capacity by 35 percent—from 20,000 to 27,000 pallet positions—and nearly double its throughput.

Matthias Schmitt, head of the distribution center, says, "Any investments in infrastructure would have made our project unrealistic. So we decided to strongly increase capacity within our building while simultaneously almost doubling our throughput."

The compact, space-saving, first-in/first-out pallet storage system from Interroll reduces forklift movements and uses gravity to move the pallets in the lanes, which also saves a considerable amount of energy. "Right from the start, the new pallet-flow storage blocks were designed to be future-proof and support full flexibility," Schmitt says.

The new storage units were installed without disturbing the facility's day-to-day operations. Schmitt explains, "We managed the project very effectively, going forward step by step. As soon as one section of the old system had been dismantled and replaced by a new one, we moved onto the next section."

See a video here of the project.