An RF spectrum of developments 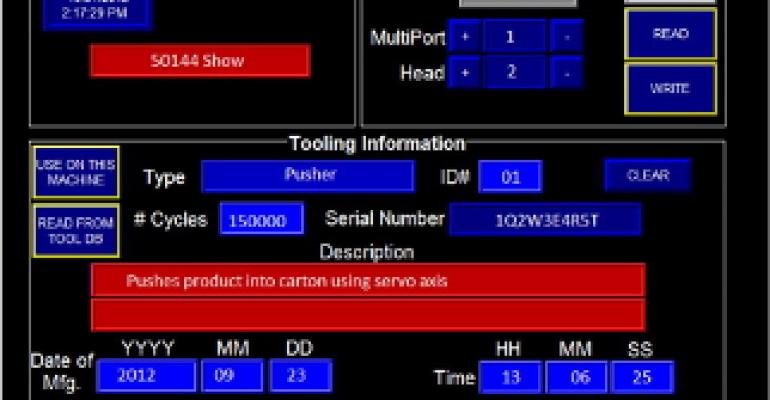 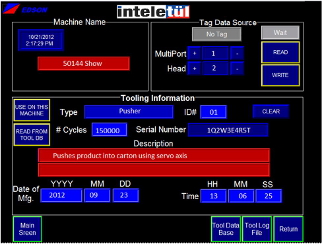 It was nearly eight years ago when radio-frequency identification got the attention of the consumer packaged goods industry when Wal-Mart's RFID mandate first went into effect in January 2005 amid much buzz and confusion. For many consumer packaged goods (CPG) companies, the mandate was seen as an added cost. In response, a number of companies took a "slap and ship" approach to apply RFID tags to shipment cases thus adhering to the mandate without any internal benefits.

Since then, technology advances and lowered costs have changed the dynamics, justification and business-use-case scenarios of RFID and other RF technologies that are costlier than bar code systems, but have the advantage of not requiring line-of-sight reading. Also, RFID can provide multiple or numerous readings at once of individual items inside totes or cases.

One business-use-case for RFID is in combatting the unauthorized sale of products through product diversion that plagues a range of products from fragrances to electronics. It's a telling statistic that one narrow industry subsegment alone, the pet flea medicine industry, estimates that diversion to unauthorized direct sellers totals as much as $300 million per year. One can only imagine the amount that occurs cumulatively throughout CPG markets worldwide.

We reported on New Sunshine using RFID to combat product diversion for its professional tanning products in the July 2012 issue (see www.packagingdigest.com/NewSunshine). Sold only through salons, the products often show up in unauthorized distribution channels such as Internet sites within weeks of a new product launch.

An RFID trial in late 2011 ensured full chain-of-custody protection for the tagged products-from manufacturing to the company's 19 distributors and through to 15,000 salon partners. The RFID solution from WS Packaging Group Inc. relies on a UHF Gen2 RFID inlay composed of an Impinj Monza chip, antenna and a clear film substrate that is applied to a pressure-sensitive paper label. The company was planning to expand the program to more products in late 2012 for the 2013 selling season.

Scot Stelter, senior director of product marketing for RFID chipmaker Impinj, is optimistic about the implementation of RFID at retail, pointing to the announcement made this summer when the new CEO of J.C. Penney, Ron Johnson, declared that all merchandise sold at JCP would be RFID-tagged within 18 months. Johnson is a former Apple retail executive who joined the 1,100-store retailer in mid-2011. Penney's started a test this fall with a rollout planned starting Feb. 1, 2013, that will include Wi-Fi technology and mobile self-checkout.

"Retail represents probably about half of the RFID marketplace right now," estimates Stelter. "The other half is composed of a very diverse collection of applications where companies want to identify an item uniquely."

One strong segment for RFID is in packaged and unpackaged apparel-for example, bags of Hanes underwear. Stelter sees RFID migrating next to jewelry and cosmetics.

Hot in the cold chain

One of those is Rehrig Pacific, which debuted reusable transport packaging including plastic pallets, distribution and display crates and carts, and containers for grocery, pharmaceutical and other industries. It is used with Intelleflex XC3 RFID-enabled technology to improve the quality and traceability of temperature-sensitive products in the cold chain.

Among other standards, the XC3 tags comply with the EPC Gen 2 RFID standard for passive ultra-high-frequency (UHF) tags. The XC3 battery-assisted passive (BAP) RFID tags offer read distances of up to 100 meters (328 feet) in open air and are readable in RF-challenging environments such as those involving metals or liquids, or inside packages and containers. This provides a more robust implementation where standard UHF RFID tags fall short. The tags are also rewritable.

Rehrig Pacific's Kaley Parkinson, national sales manager, supply chain technology services, sees this technology positioned at a confluence of industry drivers surrounding food safety and e-pedigree. "We're seeing a drive toward intelligent packaging," he says. "Every customer is interested in this [RFID/temperature-monitoring] capability in one way or another." Two customers are testing the XC3 technology in pharmaceuticals, one a wholesaler and the other a manufacturer, he adds.

The assets can be purchased or leased, the latter removing a cost barrier to entry that allows customers to capture the benefit as they realize payback over time, Parkinson notes.

There is also the near-field communication (NFC) portion of the RF spectrum for brand owners to consider. The technology takes center stage in a commercial for the popular Samsung Galaxy smartphone that highlights the file-sharing capability done with a touch or tap. NFC can also be used for instant payment transactions.

Manley sees this as an opportunity for NFC, which provides an interactive option that's built into most smartphones, with the notable exception of the Apple iPhone. It's likely the next iPhone OS release will have that capability, though. It's estimated that there are 200 million NFC-enabled smartphones, a number that is expected to grow three-fold to 600 million by 2015.

Quad Graphics was involved in a "shelf talker" NFC implementation for Kraft Foods over the past summer that permitted smartphone users to tap the shelf display card to download a product recipe among other incentives. Compared to app-based quick response (QR) codes, it was found that the amount of overall NFC engagements was 12 times higher and lasted about four times longer. NFC tech carries a price tag about three times that of an EPC Gen 2 RFID tag.

Edson Model SR3550sa case packer showcased during Pack Expo Intl. 2012 uses Edson's Servo Adjust feature that facilitates product changeover in 10 minutes or less. And it also debuts the next generation application of RFID for machinery change parts that Edson has used since 2009.

In the latest version, the technology the machinery builder has branded as Inteletül provides additional functionality. While it still relies on RFID-tagged metal change parts to ensure the accuracy of tooling changeovers using ruggedized industrial RFID tag and reader technology from Balluff, Inteletül also provides a preventive maintenance layer that communicates the number of cycles of use, maintenance recommendations, operator logs and product identification. For example, if the operator attaches a tool with the wrong ID or no ID, the machine will not run; the human-machine interface provides the corresponding alert.

Edson sales/marketing manager Brianne Moar estimates there may be five different RFID-tagged change parts associated with a case packer with one particular part along with machinery adjustments required for the changeover.

"The RFID technology allows error-proof changeovers for each stock-keeping unit," says Moar. "We had a great response from Pack Expo attendees who see the benefit of having a preventative maintenance tool with the assurance of correct change parts on their equipment. The Inteletül technology feature is applicable for any machine system that requires change parts and preventative maintenance."