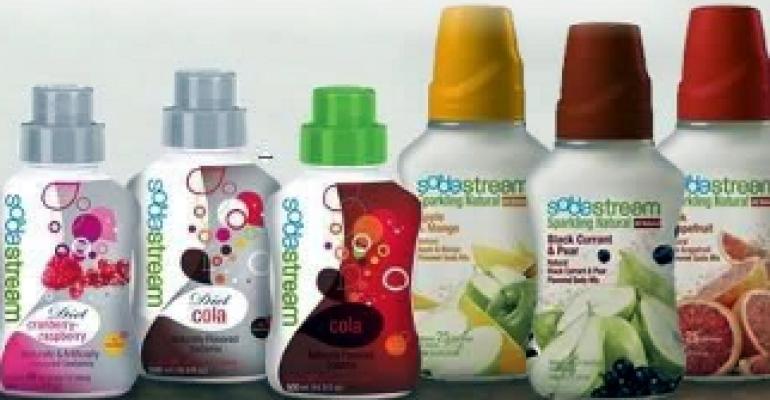 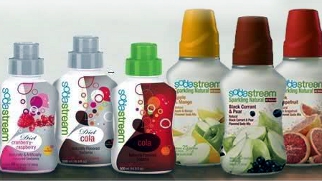 A new global advertising campaign from SodaStream Intl. Ltd. will not be permitted to air in the U.K. market, according to Clearcast, the organization that pre-approves U.K. TV advertising and is jointly funded by the U.K.'s major broadcasters.

The last-minute decision came just ahead of the television commercial's planned U.K. premiere on Thurs., Nov.  22, during the prime-time scheduling of the "I'm a Celebrity" program on Britain's ITV1 channel. The ad shows different scenes of soda bottles disappearing instantaneously as people use the SodaStream soda maker, delivering a powerful message about waste and sustainability. The spot closes with commentary of "With SodaStream you can save 1000 bottles per year." Despite already airing successfully in the United States, Sweden and Australia, it has been deemed inappropriate for U.K. audiences.

Clearcast offered the following reasoning for the decision: "The majority decided that the ad could be seen to tell people not to go to supermarkets and buy soft drinks, instead help to save the environment by buying a SodaStream. We thought it was denigration of the bottled drinks market."

"This decision is absurd, and the explanation given is totally unreasonable," states Daniel Birnbaum, CEO of SodaStream. "Are we really being censored for helping to save the environment? This might be the first time in the world when an environmental approach has been shut down by the media to protect a traditional industry. Of course we're competing with bottled beverages, but why is offering a game-changing approach denigrating? It is like saying that iPod ads denigrate the Walkman or that car ads denigrated the horse and buggy. Clearcast's decision is disappointing and disturbing for any democratic society."

Birnbaum continues, "This decision appears to put the sensitivities of the world's soft drink giants ahead of concern for the environment. We will continue to push Clearcast to reverse their decision and let the British consumer decide. Meanwhile, I invite U.K. consumers to watch 'The SodaStream Effect' on YouTube and form their own opinion on it."

According to Euromonitor*, there are 629 billion bottles and cans manufactured every year. "With global recycling rates estimated to be less than 30%, more than 1 billion of those bottles and cans are dumped as waste across parks, oceans and landfills every single day," concludes Birnbaum. "Our ad confronts the beverage industry and its arguably outdated business model by showing people that there exists a smarter way to enjoy soft drinks, empowering them to get the bubbles without the bottles."

About SodaStream
SodaStream makes beverage carbonation systems which enable consumers to easily transform ordinary tap water instantly into carbonated soft drinks and sparkling water. Soda makers offer a highly differentiated and innovative solution to consumers of bottled and canned carbonated soft drinks and sparkling water. The company's products offer convenience by eliminating the need to carry bottles home from the supermarket, to store bottles at home or to regularly dispose of empty bottles. They are available at more than 60,000 retail stores in 45 countries around the world.