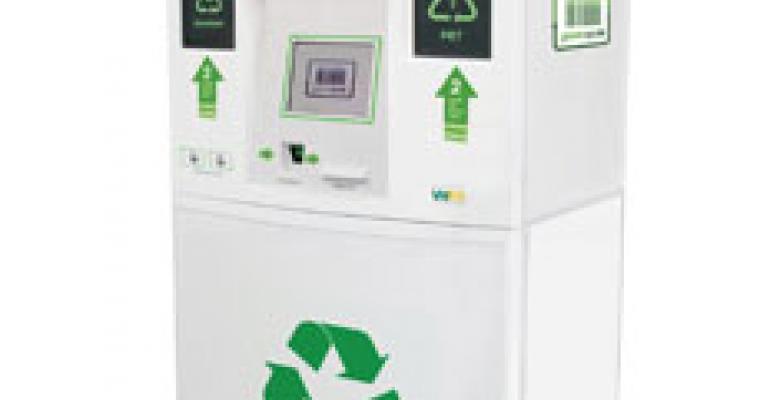 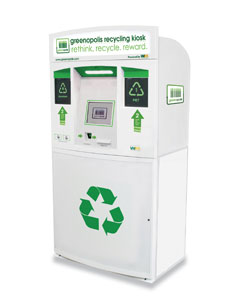 Greenopolis announced the four millionth item captured through its automated recycling system. Greenopolis, a subsidiary of Waste Management, produces interactive recycling kiosks that collect recyclables in high-traffic locations. The program is designed to increase recycling rates and has partnered with companies, like PepsiCo, that have a shared interest in promoting sustainable living.

The four millionth item – a bottle of Lipton Iced Tea – was recycled using a PepsiCo Dream Machine, recently placed at a Reasor's store, located at 71st and Sheridan in Tulsa, Okla. To commemorate this milestone, Reasor's will be hosting an event at 10 a.m., where the lucky recycler will receive a $400 award from Greenopolis for participating.

* Product tracking applications that enable people to track the brands they recycle
* Interactive "smart" recycling kiosks that provide coupons and rewards for recycling on-the-go
* A loyalty program that allows recyclers to accumulate rewards of their choice for recycling
* Online technologies that allow users to track, share, and learn about their recycling behavior through social networks, games and Greenopolis.com.

The Dream Machine recycling initiative – created in collaboration by PepsiCo and Waste Management, and powered by Greenopolis—is designed around PepsiCo's goal to increase the U.S. beverage container recycling rate from 34 percent to 50 percent by 2018. The program is currently introducing recycling kiosks and related technologies at popular public locations across North America.

PepsiCo is also using the program to give aid to America's veterans. The more bottles and cans people recycle using Dream Machines, the more support PepsiCo will provide to the Entrepreneurship Bootcamp for Veterans with Disabilities (EBV), a national program offering free, experiential training in entrepreneurship and small business management to post-9/11 veterans with disabilities.

"Reasor's is proud to be the first grocery chain in the nation to offer the PepsiCo Dream Machine at each of our 15 locations and two convenience stores," said Jeff Reasor, chairman and chief executive officer. "We were thrilled to learn that the four millionth item was recycled at a Reasor's store. We would like to thank every individual who has recycled using the Dream Machines, and would also like to encourage everyone to take advantage of the many convenient locations for recycling."

"Experience tells us that people are much more likely to recycle if it's convenient and they are rewarded for doing so," said Paul Ligon, managing director for Greenopolis, a Waste Management subsidiary. "We look forward to expanding this program so that we can deliver a recycling experience that is fun and rewarding on many levels."