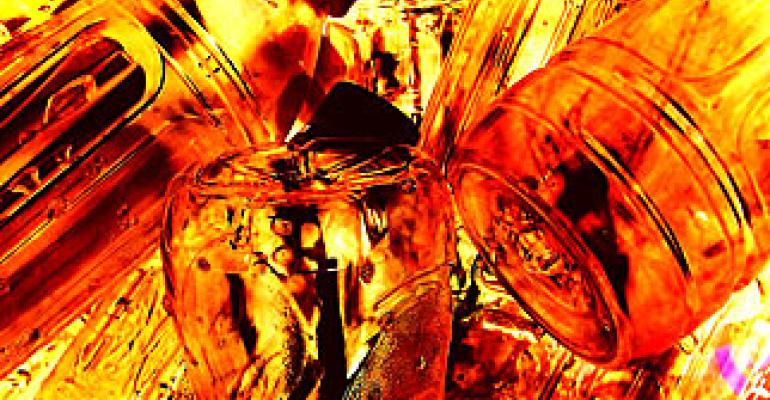 The National Assn. for PET Container Resources (NAPCOR) and The Assn. of Postconsumer Plastic Recyclers (APR) have released the "2011 Report on Postconsumer PET Container Recycling Activity." The report cites a 2011 U.S. recycling rate of 29.3 percent for polyethylene terephthalate (PET) plastic containers. The total volume of postconsumer PET bottles collected was the highest measured to date at 1,604 million pounds; the total amount of RPET produced by U.S. reclaimers was also at an all-time high of 667 million pounds.

"We are pleased to see that PET collection increased in 2011, despite some challenges," says Tom Busard, NAPCOR chairman and vp of global procurement and material systems for Plastipak Packaging Inc. "United States reclaimers purchased a record 916 million pounds of postconsumer bottles in 2011, and 1.04 billion pounds of recycled PET went back into new product applications. These increases happened despite the effects of PET bottle lightweighting, which really played out this year to a greater extent than we've seen to date. The incidence of lighter bottles in the stream reflects manufacturers' commitment to improving PET's environmental footprint, but means additional handling for PET recyclers in the short term to produce the same weights."

The end-use product categories comprised in 2011's record use of 1.04 billion pounds of recycled PET are detailed in the report and reflect increases over 2010 in the Sheet & Film, Food & Beverage Bottles, Strapping, and Fiber end-use categories. After two years of project work by NAPCOR, the APR, and other supporters acknowledged in the report, a recycling total for PET thermoformed packaging—45 million pounds—is provided for the first time in the addendum.

"It's gratifying to see PET thermoform recycling measured for the first time this year, and we feel the APR plays a key role here by providing Design for Recyclability guidelines that specifically address PET thermoform labels and adhesives," says Bill O'Grady, APR chairman and vp and general manager of Talco Plastics. "We encourage all plastic packaging decision makers to review the different Guidelines posted on the APR web site as we're certainly pleased to see increases in PET bottles collected and reclaimed, but we share the concern expressed in this year's report about the impact of increasing contamination levels."

This is the seventh year that NAPCOR and the APR have partnered to produce this report and the 17th year that it's been issued by NAPCOR in its current format. The full "2011 Report on Postconsumer PET Container Recycling Activity" can be found on the NAPCOR and APR web sites.