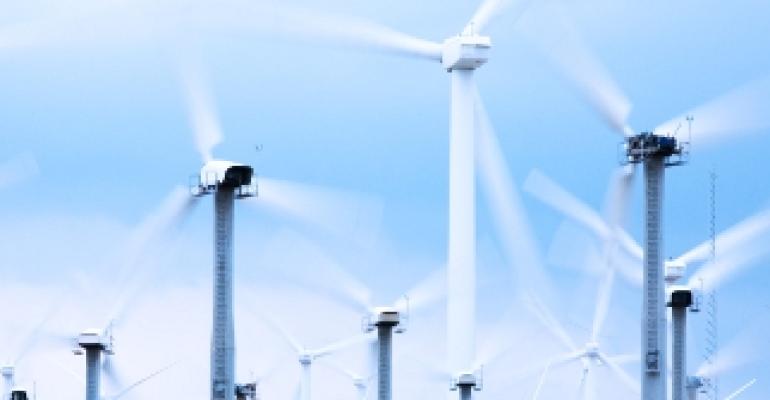 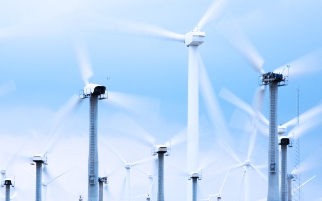 When the blades started spinning on SC Johnson's two new wind turbines, the company's Waxdale manufacturing facility began to further minimize its dependence on fossil fuels. The addition of the turbines means that products made and packaged at Waxdale—trusted brands like Scrubbing Bubbles, Glade and Windex—will now be made using clean energy. The wind turbines will produce about eight million kilowatt hours (kWh) of electricity annually, enough to power 700 homes in a year. Combined with two cogeneration turbines that have been in place since the mid-2000s, the facility is now able to produce an average of 100 percent of its electrical energy onsite.

"SC Johnson has been making green choices for our products and operations for decades. Our work toward reducing the company's dependence on fossil fuels at Waxdale is an important step," says Fisk Johnson, chairman/CEO of SC Johnson. "Waxdale's new wind turbines enable us to manufacture our products while having an even smaller impact on the environment—and that's something the people of SC Johnson are very proud of. The turbines are yet another symbol of our commitment to future generations."

Since 1886, SC Johnson has been dedicated to doing what is right for people and the planet. The turbines mark another step forward in the company's goal of increasing worldwide renewable energy use to 44 percent of total electricity by 2016.

The addition of wind power means that the facility is now able to produce an average of 100 percent of its electrical energy onsite, reducing carbon emissions associated with powering Waxdale by 6,000 metric tons annually. The opening ceremony marked the beginning of the wind turbines' operations, which is the largest onsite, company-owned wind turbine manufacturing project in the Midwest. Each turbine features a permanent magnet, gearless generator which means less maintenance and higher energy yields than the more traditional gearbox-type system.

Waxdale, which is the size of 36 football fields, is home to additional clean energy initiatives. In the mid-2000s, two cogeneration systems were put in place that use waste methane gas from a nearby public landfill and clean burning natural gas to generate 85 percent of the facility's electrical energy. The new wind turbines will provide the remaining 15 percent.

"This project shows that when wind energy and global manufacturing come together, it can have a phenomenal impact on improving our environment," says Cathy Stepp, secretary of the Wisconsin Department of Natural Resources. "Today is about celebrating the great leadership shown by SC Johnson, as well as encouraging other large companies to make similar efforts at finding greener ways to do business."

An ongoing commitment to the environment
The 415-foot wind turbines at Waxdale are just one of the company's many clean energy programs. A 262-foot-tall wind turbine in the Netherlands helps power the SC Johnson European manufacturing facility, in addition to SWIFT mini turbines at its Racine, WI, headquarters and Lowell, AK, sales office. Since 2000, SC Johnson has also worked to cut greenhouse gas emissions by more than 26 percent. In Bay City, MI, nearly half of the electricity needed to operate the SC Johnson plant now comes from offsite wind power. The company is researching on-site projects now to increase the use of clean energy there.

At the SC Johnson plant in Medan, Indonesia, waste palm shells are used as a replacement for diesel fuel. It transfers a waste product back into the value chain with minimal impact and has reduced local diesel fuel use by 80 percent. It cut greenhouse gas emissions by more than 15 percent. In May 2012, the company launched a new biofuel initiative at our factory in Surabaya, Indonesia, using waste husks from rice grains as a fuel source.

Consuming rice husks rather than diesel fuel, the Surabaya boiler is expected to generate about 6,000,000 kcal per hour to heat water used in mosquito coil production.

In addition to these energy saving efforts, SC Johnson is also working towards becoming landfill neutral by 2016. Through operational commitments, the company expects to eliminate or divert more than 480 million pounds of waste from the nation's landfills, which is equivalent to more than its U.S. waste footprint. The company defines its waste footprint as all its U.S. manufacturing, office and consumer packaging waste and shipping materials.