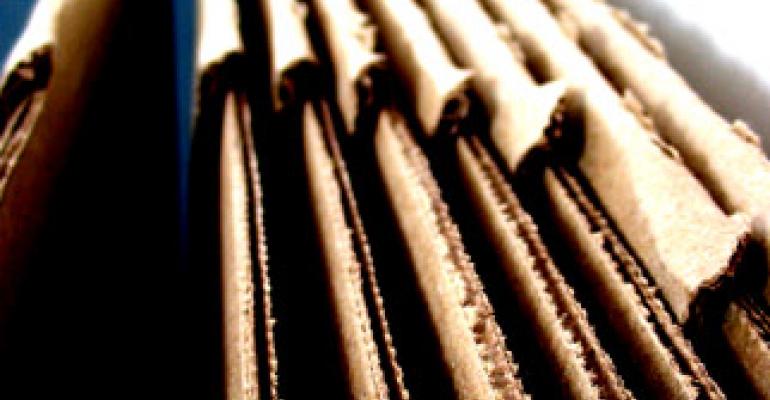 Every 10 working days begins a new age for Avon Canada's logisticians, as a new selling cycle campaign begins for the company's representatives. In Avon's Montreal distribution center, this means that the bins for up to 70 percent of all of its products must be relocated. “We are well prepared with the logistics of reorganization,” says Louise Laflèche, line balance analyst at Avon Canada. “An entire campaign modification is realized within four hours with an average of 1,000 changes, Our biggest challenge is to feed the product information into the software in time, in order to allow a balanced design of the workflow.”

Avon Canada processes 6,000 to 8,000 orders per day in the distribution center with an average of 550,000 items shipped daily. The company has used the ORion-PI® optimization software from Munich, Germany-based software company Axxom Software AG (www.axxom.com) for several years. Modules in use include ORion-PI Shipping Line Balance for an optimal utilization of picking stations, ORion-PI Flow for the efficient design of material flow and ORion-PI Casing for the selection of optimal packages. Avon decided to introduce ORion-PI Bin Packing, an add-on of ORion-PI Caseing. ORion-PI Bin Packing essentially calculates the optimum loading of products into a shipping case, based not only on the volume of the case and the products to be placed in it, but also on their length, width and height.

“We asked Axxom for the installation of this module, because the solution we were using worked linearly,” says Laflèche. This means that the total volume of a product was considered to fill a shipping case. The new bin-packing software calculates the space required by a component more precisely by considering the length, height and width of the product. “Using the linear approach meant we had to calculate the increase in volume of some products to ensure that they fit into the shipping cases together with the other products,” says Laflèche. “This restricted the fill level of the cases to 75 percent. With the additional module, it is now possible to fill three different-size cases to between 80 and 82 percent.” An order placed with Avon Canada currently contains 2.2 to 2.5 shipping cases on average.

“Our goal is to reduce the number of cases by 5 percent,” says Laflèche. “At the moment, we are at 2 percent, and I expect that we'll reach our goal near the end of the year, because we have more voluminous products purchased during the holiday season.” With the intelligent optimization of order sequences, Axxom's bin-packing algorithm selects the best-fitting packages from the available sizes. The determination of the shipping units is based on the calculation of an optimal packaging scheme per order.

“Conventional solutions work on the very simplistic principle of liquefaction,” says Cristina Toma, manager, key accounts at Axxom Software. Toma, based in Axxom's Romanian subsidiary in Timisoara, is responsible for the 20 national organizations of Avon worldwide.

“Our ORion-PI software with the bin-packing algorithm uses not only volume as a calculator but also the dimension and weight of dispatched items.” ORion-PI processes a series of 30,000 orders in less than 2 minutes.

The exact cost of the ORion-PI Shipping Line Balance module, which is the base for further sub-modules such as ORion-PI Caseing depends on the existing logistic infrastructure, as well as the size of the distribution center and the amount of items, because all of these factors have to be considered in the optimization process and must be included in the software. Generally, the return on investment is 1 to 1-½ years.

From Montreal, Avon Canada provides the whole country with lipsticks, mascara and other beauty products. The transportation distances are very large, with long travel times from Montreal in the east to the western part of the country. Shipments to Avon representatives are on their way beginning Friday afternoon until Monday or Tuesday afternoon. With all of the work that Laflèche and her colleagues face, it's good to know that they can count on a reliable software partner. “Whenever I need information or help, I get an answer immediately,” she says.