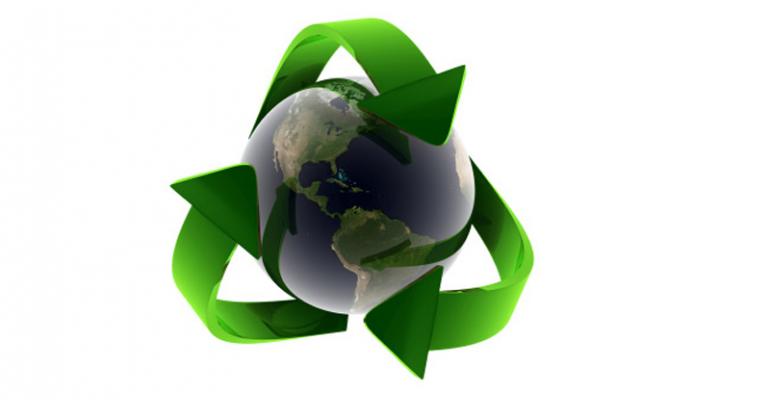 Consumers have been making it abundantly clear: they want manufacturers to make packaging more recyclable. For us at TerraCycle, a company that recycles materials not typically considered recyclable, this movement towards recyclable packaging formats is, generally speaking, great to see. If one day all packaging were made recyclable on a municipal level, TerraCycle would be happy to close its doors and go out of business. The fact is, however, that a great majority of packaging is still considered unrecyclable by conventional, municipal standards. This brings up a larger question, one that I’ve been focused on for many years since I entered the industry—why do we consider certain materials to simply be “unrecyclable”?

It has been my mission to prove that this idea, that certain materials are impervious to recycling, is flat-out myth. Simply put, everything is recyclable. What typically determines the recyclability of anything can be summed up with one word: economics. Where is the economic incentive to recycle something if it costs more to collect, sort and process it than it does to simply send it to a landfill? It isn’t that a Styrofoam cup is scientifically incompatible with modern recycling technology; it’s that there’s no money to be had processing it into recycled Styrofoam (polystyrene) in the first place.

Faced with this fact, my company has proven that packaging like toothpaste tubes, potato chip bags and drink pouches—all items that would be rejected at a recycling facility—can indeed be successfully recycled. Corporate sponsorship makes our recycling programs free to consumers, so the typical costs of collection are already accounted for. We can experiment with new materials and hybrid packaging, while having the companies that make them offset the collection costs. Clearly, the materials themselves are not the issue.

The issue is that for too long now we have let privately-owned waste management companies dictate what is recyclable. We understand now that everything can be recycled, but there isn’t enough profit to entice most companies into doing it. The real money maker is solid waste, or garbage. In 2012 for instance, Waste Management, the largest waste management company in the United States, made around $8.5 billion collecting and disposing garbage—more than 60% of its total revenue that year. Taking profitability over sustainability, Waste Management essentially relies on fewer materials being recognized as recyclable so more ends up in the landfill.

They own and operate more than 260 of those, by the way. And because most local municipalities are unlikely to start their own waste collection services, Waste Management controls the market. What most people can recycle is actually dependent on these companies. To this end, TerraCycle partnered with Progressive Waste Solutions, Canada’s #1 Waste Management company (and #3 here in the U.S.) to start offering TerraCycle’s solutions to their corporate, municipal and consumer customers. Because of the vision and support of Progressive Waste Solutions, TerraCycle’s recycling systems are now even being offered via curbside pickup in some test markets across Canada. This is the first time around the globe TerraCycle will collect curbside..

So, the next question, naturally, is how can we reclaim what is considered “recyclable” from the waste management companies? Federal funding and subsidies around research and development could seriously galvanize the type of response we need, but federal involvement can be challenging to come by. Who knows, the increased research funding could one day establish a brand new, innovative recycling infrastructure across the nation.

Then there’s extended producer responsibility, or EPR. Some states have enacted EPR legislation, making (by law) manufacturers more responsible for the end-lives of their products. EPR policies are already widely used in Europe, and many European countries are among the world’s top recyclers. Current EPR legislation in the U.S. varies a great deal state-to-state; some require manufacturers to draft entire plans that must be submitted to state agencies, while others are far more hands off. Some actually have waste reduction and recycling benchmarks that must be explicitly reached. It effectively forces the hands of manufacturers into providing a more sustainable end-life for their products and packaging waste.

Another way to possibly offset the challenge greater recycling efforts bring is to raise landfill taxes. Some states impose a per-ton tax that generates a small amount of revenue, but doesn’t make landfilling unattractive enough to manufacturers. Evidence does show that more substantial landfill taxes can be effective. Between 1995 and 2003, a landfill tax in the Netherlands dropped the total amount of household waste sent to landfills from 35% to 6%. By making these mountains of waste look a bit less economically attractive, manufacturers would be forced to find alternative solutions for their waste.

How long can we let the waste management industry decide what is labeled recyclable and not recyclable? We could be moving towards a world where 100% of packaging ends up being recycled, it’s just a matter of actually pushing key players and influential figures into making the necessary first steps. Perhaps it is recycling systems, not packaging formats that need to change (or devolve to only glass, aluminum and single polymer 1 and 2 plastics, as some advocacy groups are suggesting).