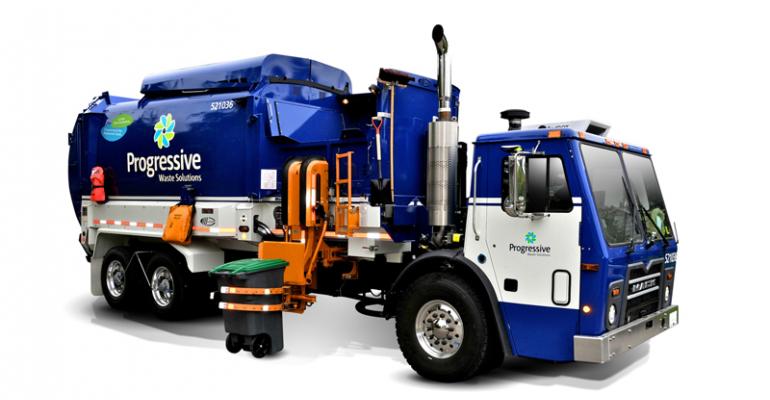 Progressive Waste Solutions is showing that there are alternatives to be found that can make recycling not only cheaper and more practical, but more eco-friendly.

In my last post, I discussed the pervasive myth that certain materials are beyond recycling, noting that the only limitations to recycling something are economic in scope; if the recycling process costs more than its output, we consider it garbage. While that’s a sad fact to contend with, there are some surprising ways that some costs and environmental burdens can be reduced to make packaging more recyclable.

One of the easier and more common methods is reducing the amount of packaging used altogether, using lighter designs that require less material to produce. Target has felt the pressure, reducing its own packaging by removing plastic lids from Archer Farms yogurts and opting for rubber bands instead of plastic bags to hold pairs of socks.

Besides Target, a wide variety of companies are changing the packaging norms. Laundry detergent is commonly found in concentrated formulas sold in smaller containers. Water bottles, previously weighing up to 25.94 grams, use thinner plastic and are lighter than ever before. Nestle Waters produced a slimmed-down water bottle in 2007, requiring an average 37% less plastic than the original half-liter bottle design they began with. Pepsi has followed suit, replacing their own non-soda drink packaging with a design using 20% less plastic.

Changing the design of packaging is important and necessary, but it’s just one part of the recycling process. It doesn’t, for example, take into account the energy and fuel that is required to physically collect and deliver the packaging to a recycling center. This shipping issue has become a point of contention for many skeptics who doubt that recycling is “worth it.” Although in theory recycling is a no-brainer, the practice is stained by diesel-burning trucks that, aside from being dependent on an expensive fuel, emit huge quantities of CO2. Considering recycling trucks contribute the most to carbon emissions during the recycling process, it’s a valid point.

One waste management company, Progressive Waste Solutions, is showing that there are alternatives to be found that can make recycling not only cheaper and more practical, but more eco-friendly. In May 2013, Progressive Waste introduced 300 trucks that run not on diesel, but on cleaner compressed natural gas that can cost half the price of diesel. As one of the largest waste management companies in Canada and the United States, they have a chance to drastically change the industry. The use of Compressed Natural Gas trucks is reducing the cost and the carbon impact of recycling trucks and thus a major cog in the recycling process.

TerraCycle partnered with Progressive Waste as a way to increase the size of our recycling efforts, but without the dirty fuel and costs associated with hauling large volumes of material. People will be able to put waste collected through TerraCycle recycling programs right on their curb, like any other blue bin recyclable. And when everything finally gets collected, the trucks doing the shipping will be burning cleaner, cheaper gas.

If big structural changes like this start happening with higher frequency, the economic barriers to recycling may finally be demolished. Who knows, in ten years we may be throwing every piece of consumer packaging in the blue bin. Whether it’s natural gas today or natural gas-battery hybrids tomorrow, we can’t afford to stop chipping away at the walls standing between us and more inclusive recycling.