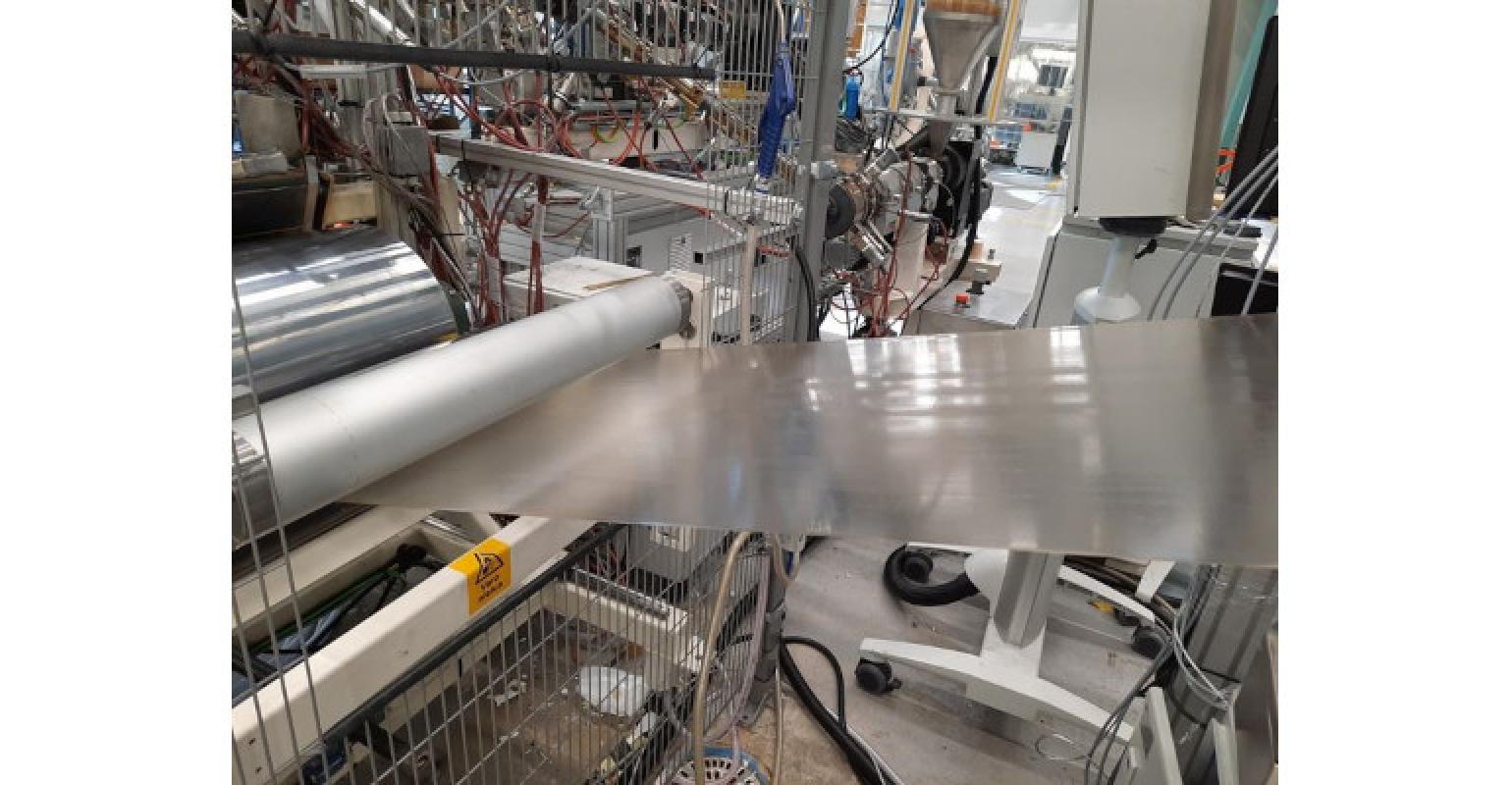 VTT is testing Thermocell plastic film made of cellulose and fatty acids in the production of food packaging with Arla Foods, Paulig, and Wipak.

VTT is testing Thermocell plastic film made of cellulose and fatty acids in the production of food packaging in cooperation with Arla Foods, Paulig, and Wipak.

Made from renewable components, Thermocell plastic material is used in the same way as fossil-based plastic. Thanks to the development work, many features of the film already meet the requirements of the food industry, and cooperation has advanced to the testing of industrial production.

Renewable origin and recyclability of packaging materials are of increasing interest to both consumers and packers. Bio-based options are being sought for oil-based, or fossil-based plastics, which could be worked, used, and recycled like traditional plastics. One emerging solution is cellulose, the structural ingredient in plants which, like plastics, is composed of large polymer molecules. When cellulose is extracted from wood, it does not compete with food production, as many other biomaterials do. In addition, efficient production methods have already been established in the production of cellulose. However, cellulose as such has lacked one important feature of packaging plastic: thermoplasticity.

Developed for the needs of the food industry.

A method developed by VTT enables the production of Thermocell plastic, a thermoplastic substance, out of cellulose and bio-based fatty acids, which are suitable for applications such as injection molding, coating of paper and paperboard, and 3D printing. The current focus of development work in the manufacture of films is in extrusion technology.

“We have moved from the laboratory to bigger machinery while at the same time improving the quality of the film. Our goal is to show that Thermocell film can be produced on an industrial scale using the same equipment that is used for traditional plastic films, with features that meet the needs of the food industry. For this reason, Arla Foods, Paulig, and Wipak are also taking part in the research,” says Jarmo Ropponen, the research team leader at VTT.

“The focus in our development of packaging in the coming years is on recyclability. The development of renewable, bio-based materials supports our long-term goals. The development of Thermocell still requires work to ensure that it can be used with machinery, and that it has long shelf life, among other features. We wanted to support material development so that the requirements of our products will be considered already in the early stages of development,” says Kati Randell of Paulig.

Food packaging favors films that are as thin and durable as possible, but yet protect foods safely. Thermocell has already been shown to provide good protection against water vapor, and none of its components migrate into the food. Thermocell film can also be heat sealed using the manufacturers’ standard equipment.

A significant achievement in the development of Thermocell is the smaller thickness of the film. With advances in production machinery, the film has become more even, and its thickness is already down to 100 micrometers. If the material is to compete against thin plastic films, the thickness needs to be reduced further. The aim is also to orient the film and thereby improve its strength and its protective qualities.

Feedback from partner companies has also allowed us to see other features that are important on the market. The friction characteristics of the film are one example of this, so that it could be more easily used on industrial packaging lines,” Ropponen says.

The recyclability of Thermocell has proven to be nearly equal to that of the most common thermoplastics. It can be melted down and extruded again at least five times with no significant deterioration of its features. Recycling still requires that it should be sorted separately.

The first cellulose-based plastics were developed already before anyone even thought of using oil as a raw material. Cellulose acetates, which are still extensively used, date back to that time but their thermoplastic properties require large amounts of additives. Thermocell, which is produced from cellulose and fatty acids, shows thermoplastic behavior with no additional substances at all.

In the method developed by VTT, cellulose polymers are split into shorter chains before adding fatty acids, improving the reactivity of the cellulose, making the resulting material more thermoplastic. At the same time, it gives better protection against water and it can be more easily heat sealed.

“In our most recent test runs we have utilized small amounts of traditional plastic additives because they make it easier to manufacture film, and improve its features,” said Ropponen.

Once the research group has completed the fine-tuning of the traditional plastic film applications to suit the needs of packers, the focus of development work can be shifted to practical recycling concepts. The aim is to adapt the film to collection and recycling systems that are used on the main markets in the world.